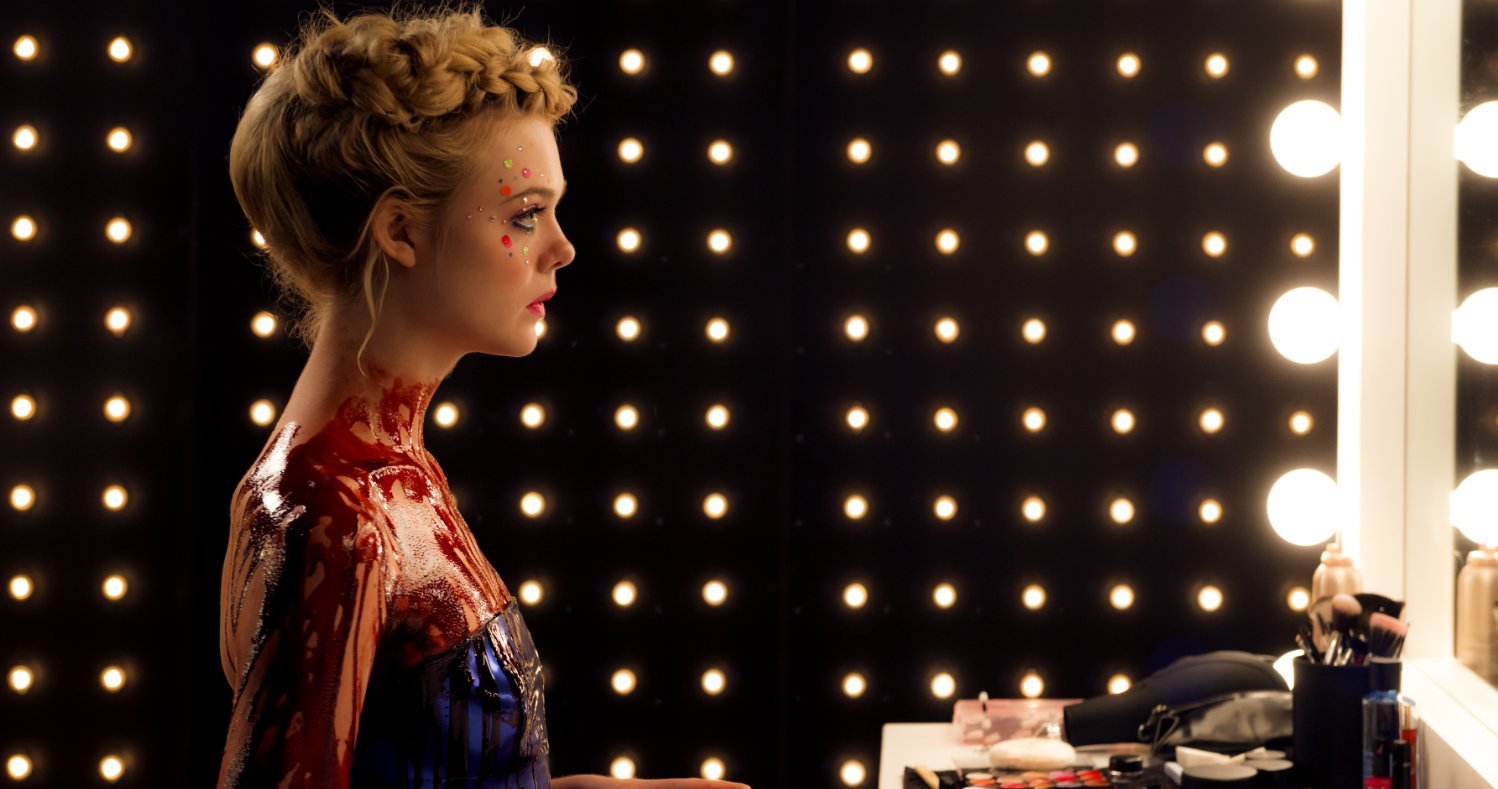 Disgusts and Delights in The Neon Demon

When I heard that The Neon Demon was being booed at Cannes Film Festival, I had to know what was so revolting about it. And even though I braced myself going in, I was thrown off guard by how gruesome it was. I almost dismissed the film, and you might be tempted to as well after hearing the premise; but you’d miss out on a great thriller.

Hoping to become a model, Jesse (Elle Fanning) moves to Los Angeles and finds instant success. Not only does Jesse get to do a test shoot with big time photographer Jack McCarther (Desmond Harrington); but, she nails her first casting call and immediately stands out from the competition with her natural beauty. While Jesse’s looks impress the judges, they also spark resentment amongst the other models: Ruby (Jena Malone), Sarah (Abby Lee), and Gigi (Bella Heathcote) have spent months altering their bodies get the judges’ attention and are furious that Jesse has gained it upon arrival. Ruby and the other models get their chance for revenge when Jesse turns to Ruby after a couple of rough nights in her motel. Envious of Jesse’s fame and hungry for the spotlight, Ruby and company murder Jesse and consume her remains in the hopes of absorbing her talent and taking her place as the best model.

The Neon Demon’s two-hour runtime could be shortened, but doing so would rob many scenes of their suspense. When Jesse comes in for a test shoot, one can feel a palpable discomfort, as McCarther appears to have something more pleasurable in mind than taking photos. After asking everyone except Jesse to leave the room, he instructs her to take off her clothes. The lack of music and sparse dialogue create an uncomfortable silence that makes the scene feel longer than it is.

As the young delicate flower, Jesse is easy to sympathize with. Her innocence is beautifully captured through Elle Fanning’s graceful performance and a musical theme consisting of bells and piano. Her naiveté can be frustrating—she confides in Ruby, even after Ruby has made her hostility clear; but she doesn’t have anywhere else to go. Jesse resides in a rundown motel managed by a grubby owner named Hank, played by an unrecognizable Keanu Reeves. After Jesse has a nightmare where Hank sticks a knife in her mouth, it’s hard to blame her for seeking solace in the other models.

Jesse’s demise is foreshadowed in the opening shot, where she is lying on the couch with her eyes looking lifeless and her neck covered in blood. Eventually, the camera pulls back to reveal the couch is on a set and that Jesse is merely doing a photo-shoot to build her portfolio. While no one is dead, the feeling of dread does not dissipate because the scene has established an ominous tone. The film alludes to the cannibalistic nature of the other models as well. Following a successful audition, Jesse accidentally cuts her hand and a nearby Sarah, distraught about losing to Jesse, lunges at the wound in an attempt to taste the blood. Jesse’s death is shocking yet hilarious because it showcases a model being devoured by the industry—both literally and figuratively.

It may take a couple of viewings to fully appreciate The Neon Demon—the first, to be shocked by what’s on screen, and the second, to relish in Refn’s masterful build-up. Understandably, its unsettling images may be too much for some; but I’d still recommend giving The Neon Demon a chance. I cannot promise that you’ll enjoy it; but I can guarantee that you’ll never be bored.