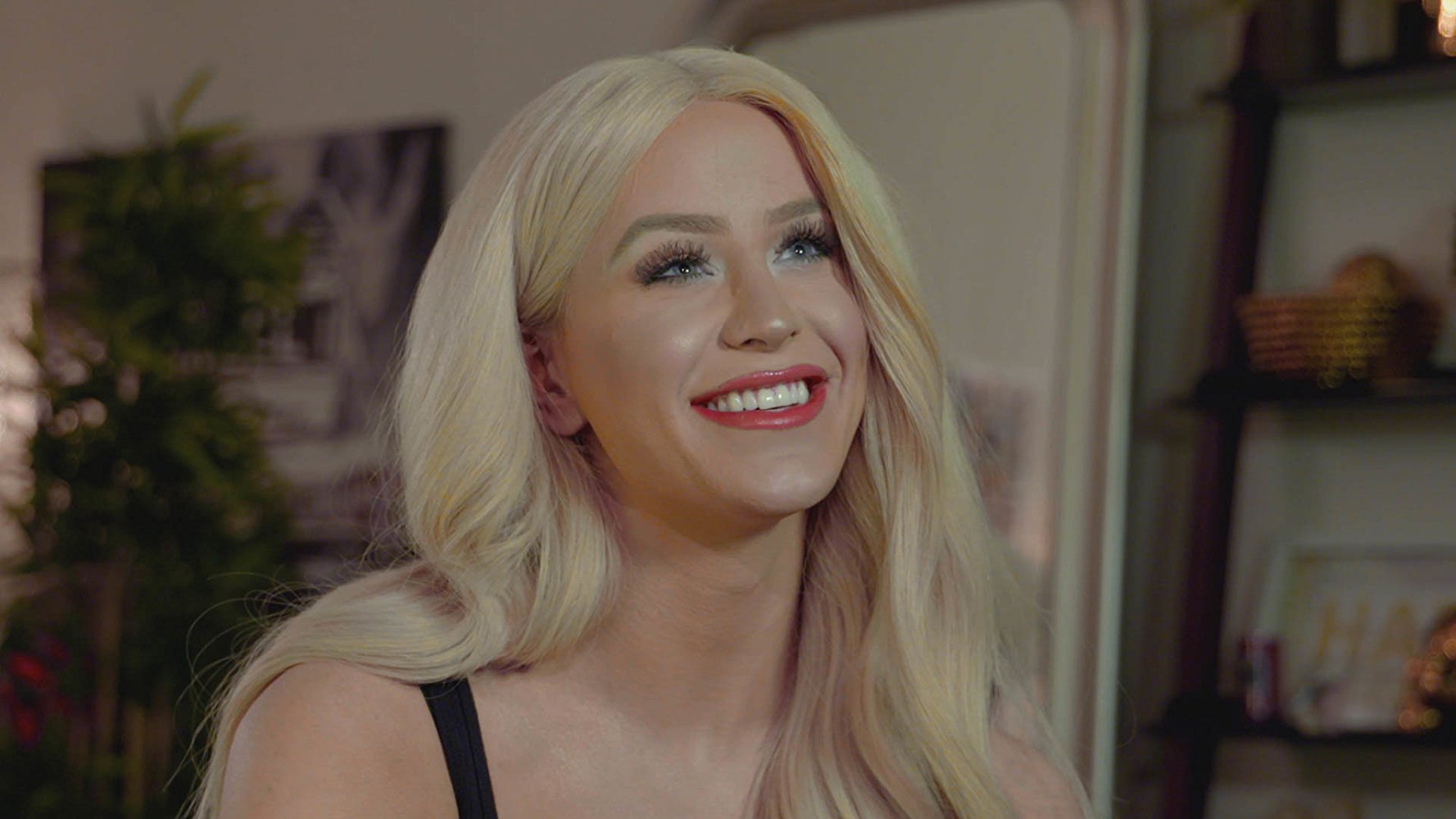 This is Everything: Gigi Gorgeous: A Raw Story of Change and Acceptance

“I’ve always felt like I was a girl trapped inside a boy’s body”, Gigi Gorgeous says, gazing into the camera. Internet celebrity Gigi Gorgeous, famous for creating makeup tutorials and vlogging her male-to-female transition on YouTube, is the topic of YouTube Red’s original documentary This is Everything: Gigi Gorgeous (dir. Barbara Kopple). The movie follows her emotional transition from young champion diver Gregory to glamorous makeup artist Gigi. The film is honest, delicate and touching in its story of identity and acceptance, but ultimately attempts to accomplish more than any movie can and should do.

Gigi’s journey is beautifully rendered through old home videos, personal vlogs and interviews that reveal how vulnerable she felt during her transition: during her middle school days as Gregory, though she was an extremely dedicated diver who was ready to go to the Olympics, she was unhappy. The film then investigates Gregory’s venture into YouTube, marking the moment in which he started to explore his identity. By showing us real footage from Gregory’s channel, the movie revisits this part of Gigi’s story in the most raw way possible. We see Gregory experimenting with makeup and growing more and more comfortable with who he was meant to become. The documentary’s additional interviews intercut with this original footage gives the viewer a more subjective look into the story: Gigi discusses her insecurities and her fear of being judged, and her brother compares YouTube to high school, with its comments section teeming with bullies. The audience witnesses the interesting disparity between a seemingly confident artist showing viewers how to apply makeup and an insecure teenager who struggles to handle the backlash to the tutorials; the contrast makes Gigi all the more relatable.

The raw shooting and editing style of the film not only highlights the vulnerability of the story, but also makes it feel real. Because home videos and Gigi’s vlogs compose most of the footage used in the film, the movie feels less like edited cinema and more like a natural flow of memories. Gigi talking directly to the viewer makes the viewing experience feel more genuine by removing the camera, the barrier between the film and the viewer. The documentary becomes a personal film, a collage of memories and of intimate conversations with a friend.

There are several moments where the camera is positioned in the corner of a room or even hidden, which magnifies its realism. When we see Gigi talking to her dad about getting facial surgery, the view is from behind her arm. We do not see much of Gigi besides the arm covering the lens; the camera is so close to her that it feels as if we are spying on her in her daily life. Only seeing her arm and glimpses of her dad while they discuss her surgery makes us feel as if we are hiding in the room and trying to peek in on their private conversation, especially because it looks as if her dad did not even know that there was a camera in the room. We hear him saying that he wishes she did not have to get the surgery but that he is happy for her, and Gigi asking him to focus on using the right pronouns for her. We are observing such a private moment in their lives that it feels forbidden; this effect is also present in the post-surgery recovery scenes, which are recorded through cameras positioned in the far corner of the room. The shots portray Gigi’s dad helping her sit up in bed, positioning ice packs properly and bringing her food, all almost in real time, with only one or two cuts in between. Sometimes the view of the camera is obscured by someone walking or stopping in front of it, which creates the illusion of realism and intimacy—we are in the room watching it happen.

The film shows Gigi growing into the career woman she is today, dealing with the anxieties of elevating her career to a long-lasting brand and trying to avoid a superficial message. However, the film also stretches beyond its capabilities: it gets lost at points when it attempts to broach an excess of important topics such as bullying, coming out, and the issue of Gigi being denied entry in Dubai for being transgender. Each issue does not receive the attention or focus it deserves.

Although most of the movie focuses on Gigi’s transition, it also goes beyond portraying her as a transgender woman. Once it reaches the part of Gigi’s life where she becomes a social media star with a burgeoning career, the documentary moves away from the trans-focused story and simply tells a story of one woman’s rise to success. As her manager says in an interview, “Gigi has gotten to a point where her life actually has nothing to do with being transgender”. Through candidly documenting a journey of change and acceptance, This is Everything: Gigi Gorgeous aspires to help all of us love more. Ourselves and others.

Raphael Rosalen is a Cinema and Media Studies undergraduate student at the University of Southern California’s School of Cinematic Arts, where he also serves as the president of the Undergraduate Student Council, and a multimedia artist. Interested in celebrity and popular culture and feminism theory, Raphael recently won an award for a research paper on gender equality in Hollywood in 2016. Raphael is also interested in technology and how it can augment audiovisual content. He is currently working towards becoming a cinema and media scholar, creating a visual EP emphasizing new technology in music and filmmaking, and writing for a new media critique project. Some of his favorite movies are Sunset Boulevard, Blue Jasmine, and The Bling Ring.