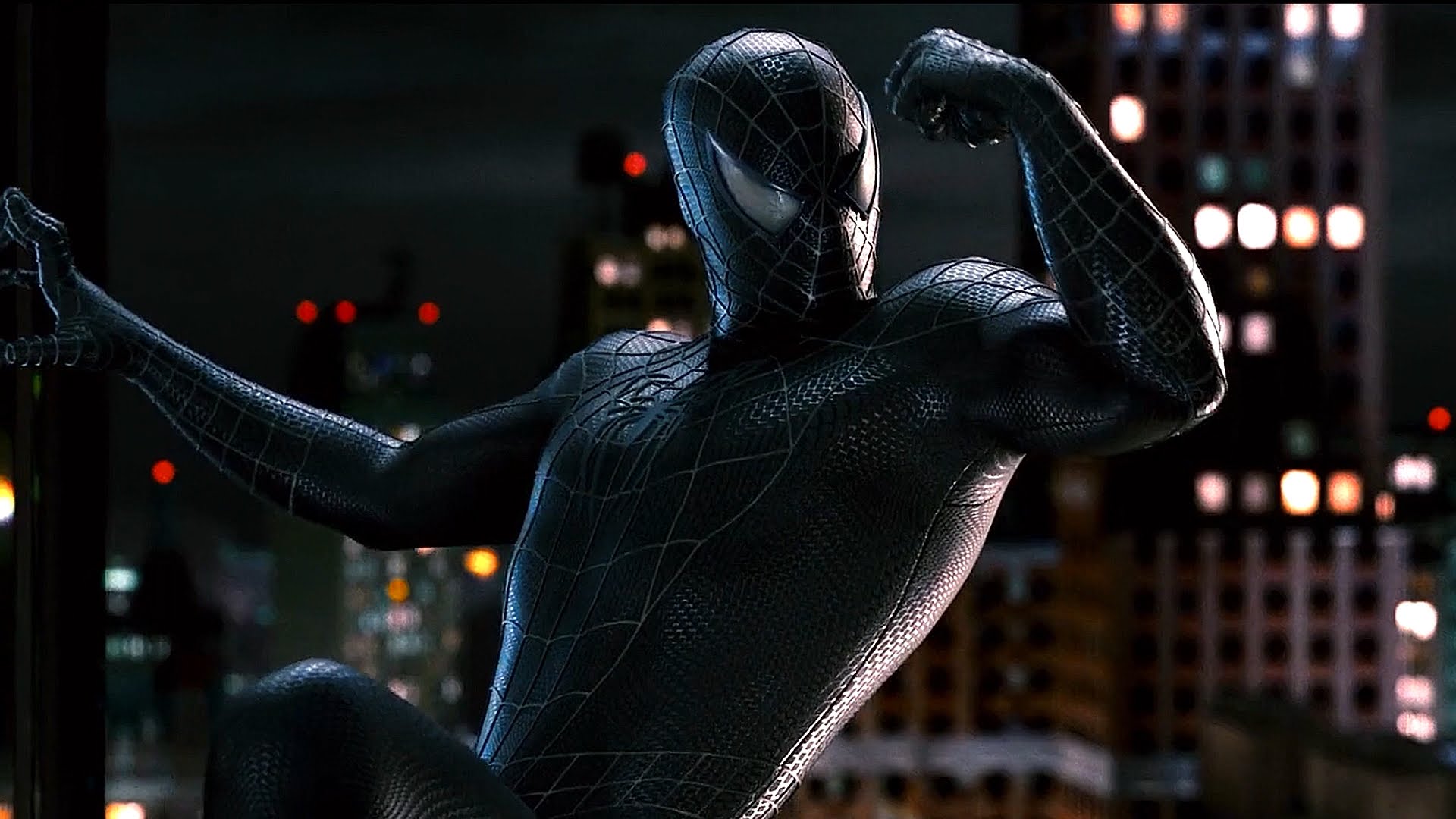 Peter Parker (Tobey Maguire) is finally united with his love interest Mary Jane Watson (Kirsten Dunst) and his heroics as Spider-Man are receiving recognition from the public. Unfortunately, this happiness doesn’t last long, as Peter’s best friend Harry Osborne (James Franco) is out to kill him. Harry believes that Peter is responsible for the death of his father Norman Osborne (Willem DaFoe). Having discovered that his father was the Green Goblin, the antagonist of the first film, Harry utilizes his father’s chemicals and technology to become the New Goblin. Meanwhile, Peter learns that a recently escaped convict named Flint Marko (Thomas Haden Church) was responsible for the death of his Uncle Ben (Cliff Robertson). Flint acquires the ability to turn his body into sand after accidentally wandering into a particle testing area and adopts the alias of Sandman. Additionally, Spider-Man’s suit has been infected by an alien parasite that turns his suit black, increasing his strength and aggression. Drunk with the feeling of power, Spider-Man utilizes his new suit to fight crime becoming malicious in the process.

Sandman’s selfless motivations set him apart from the other Spider-Man villains. He steals money to get treatment for his severely ill daughter Penny. With his low income, theft is the only way he can get enough cash in time. Whereas the accidents that granted previous antagonists their abilities also made them malevolent, Sandman’s disposition is the same after acquiring his powers. Even while breaking the law, Flint remains apologetic—not wanting to pick fights and only using violence as a last resort.

Flint’s first moment as Sandman is poignant. Following the particle experiment, his body has been broken up into individual grains of sand. Despite various attempts, Flint is unable to form himself into a human shape until he notices a locket of Penny that he had dropped earlier. The sight of Penny reinvigorates Flint with the drive to pull himself together. The special effects that allow Sandman’s body to form and collapse like real sand are still impressive. Christopher Young’s score beautifully captures Flint’s sense of hopelessness, as well as his newfound vigor.

When Peter utilizes his Black Suit to fight the Sandman and later Harry, the two antagonists are briefly tied together through the theme of revenge. Peter’s quest for vengeance complements Harry’s, as both give in to the temptation of chasing power. When Harry inhales the same chemicals that his father did, he gains more strength but also a greater hatred for Peter. In a similar fashion, Peter lets his anger to get the better of him by using the Black Suit to hunt down and kill Flint.

The Black Suit fight scenes are excellent; one thrilling moment is a fistfight between Peter and Harry. Set in Harry’s living room, the brawl pays homage to kung-fu movies, with objects in the room serving as weapons. Characters are thrown at support beams, hurled at staircase railings, and flung through windows, and by the end of the fight, the room’s furniture has been decimated. James Franco provides a melodramatic performance, as he sneers at Peter at one moment and charges at him with the strength and speed of a bull at the next. The rapid editing conveys the fast-paced excitement of the fight, but the cuts are measured so that the scene can be easily followed.

I applaud director Sam Raimi for breaking away from the one villain formula and tackling a more daunting narrative, but Spider-Man 3 never develops a strong focus. Each villain gets a brief moment in the spotlight before being sidelined. While this method of storytelling ensures that every character gets their due, their entrances and exits from the story are too sudden. Though Harry’s desire for revenge was built up throughout the previous films, he is quickly disposed of with a blow to the head. Whenever a villain returns, it feels jarring, as the character has little relation to the previous scene.

Peaking through Spider-Man 3’s crowded narrative is a sympathetic villain, a resonant theme, and exciting action. Its potential to be a great Spider-Man movie makes it frustrating that so many solid premises were crammed into one story. With decades of comics to draw from, the franchise could’ve had a longer life span similar to the X-Men films: X-Men: First Class (2011) redeemed the X-Men franchise from a weak third installment, and X-Men: The Last Stand (2006) and removed a need to start over. Unfortunately, with Sony opting to go for a reboot instead, Spider-Man wasn’t given this opportunity. A decade later, Spider-Man 3 is still a sour note on which to end the series, but its few sweet spots have allowed its flavor to be savored over the years.