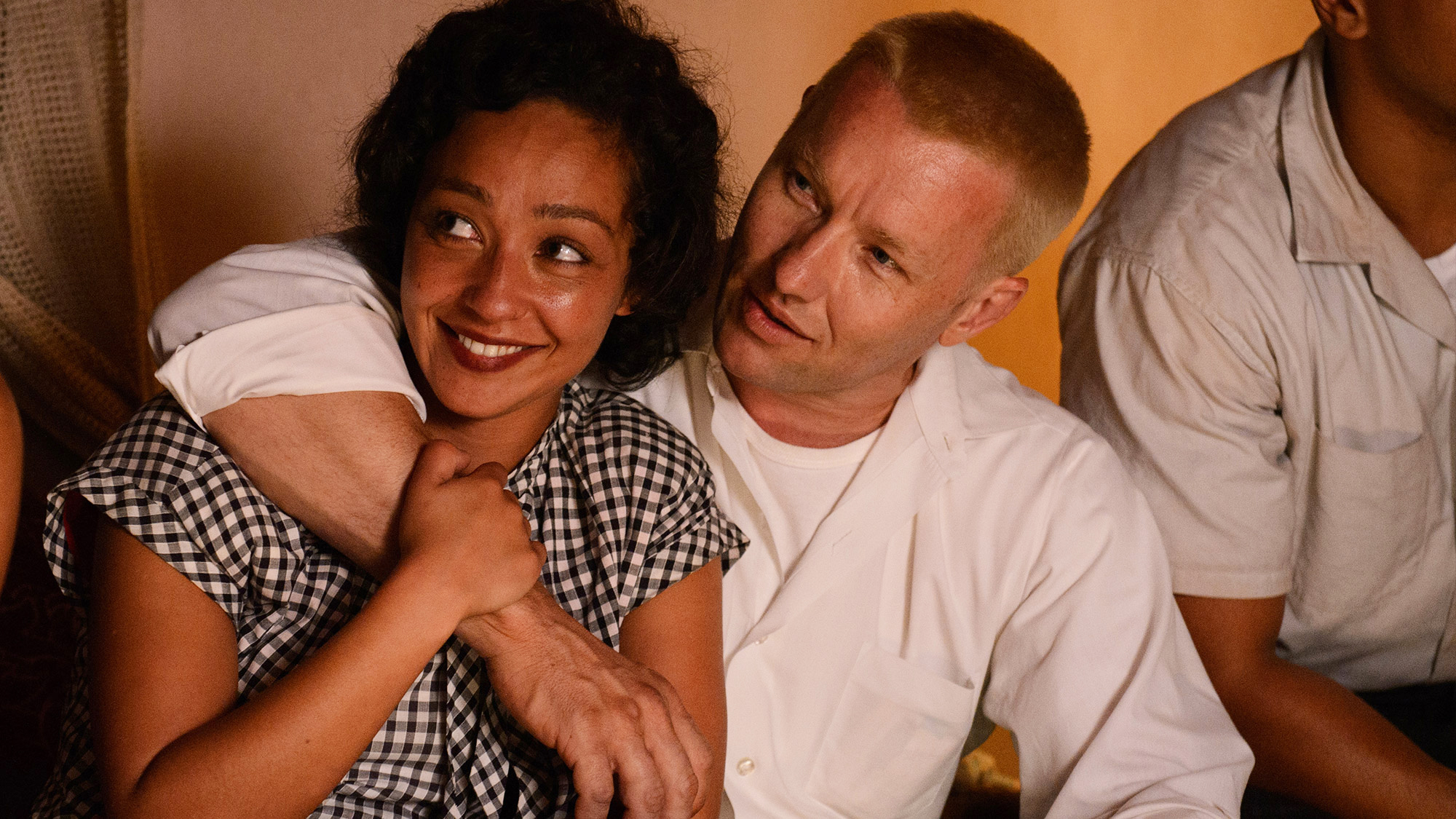 Loving: Marriage Is a Fundamental Right

“Almighty God created the races white, black, yellow, malay and red, and he placed them on separate continents. And but for the interference with his arrangement there would be no cause for such marriages. The fact that he separated the races shows that he did not intend for the races to mix,” Leon Bazile, judge of the Carolina County Circuit Court, wrote in his opinion. Jeff Nicholas’s Loving is based on the true story of Richard (Joel Edgerton) and Mildred (Ruth Negga) Loving, who fought to end anti-miscegenation laws, which banned interracial marriage.

At the beginning of the movie, Richard, a “white” man, and Mildred, a “colored” woman, get married in the District of Columbia, where interracial marriage is legal, in 1958. They then return to their home in Central Point, Virginia, where interracial marriage is prohibited. Shortly afterwards, they are arrested and put in jail. Judge Bazile (David Jensen) suspends their one-year prison sentence under the condition that they plead guilty, leave Virginia immediately, and do not return to the state together for 25 years, which they agree to do. The remainder of the film follows their family’s life in D.C., their return to Virginia, and their case, which is argued by attorneys from the American Civil Liberties Union (ACLU) in the U.S. Supreme Court.

Edgerton and Negga’s brilliant acting is conveyed through the film’s numerous close-up shots, which are used to capture the beautiful and unabashed affection between Richard and Mildred. The opening scene sets the tone: when Mildred tells Richard that she is pregnant, after a long silence, he smiles. Similarly, when Richard asks Mildred to marry him, the camera focuses in on their euphoric expressions. Other times, they share a tender hug or kiss. Nicholas’s ability to portray the couple’s pure love is impeccable. Close-ups are also used to show the characters’ feelings of sadness, fear, hope, relief, and joy. Two of the movie’s most moving moments occur when Mildred is on the phone. The first is when she receives a phone call from Attorney Cohen (Nick Kroll), who tells her that the ACLU would like to take on her case free of charge. As the camera focuses on Mildred’s face, for the first time, audience members share her feeling of hope. The second moment occurs in a much later scene, when Mildred receives a phone call from her attorney—through a close-up shot of Mildred’s face, viewers witness her astonished reaction to the Supreme Court’s decision.

Nicholas’s intimate shots are not the only display of cinematographic artistry in Loving. Nature is a motif in the film, and the passing of time is depicted clearly through shots of different seasons. There are several images of the green leaves of spring and the golden ones of autumn dancing in the wind or of snow on the ground. When the family is in Virginia, there is an emphasis on the sound and sight of swaying grass in the fields, where tufts of cotton are picked by people, including Mildred’s sister (Terri Abney). Perhaps this is to remind viewers that the effects of slavery are still present—cotton remains plucked by hand and segregation laws exist. Another reason that such emphasis is placed on the fields is that Nicholas wants to further juxtapose the Lovings’ rural home in Virginia with their urban one in D.C. Upon their arrival in D.C., a somewhat comical shot shows the stark contrast between the countryside and the city: the camera focuses on a small patch of grass, the only “yard” they have.

While the shots mentioned above are vivid, Nicholas’s clearly thought-out series of shots add to the drama of the film. There are two parts of the movie that are well enhanced by the organization of shots. For example, in the series of shots building up to the moment when the Lovings’ son Donald is hit by a car, Nicholas builds suspense by cutting the shots quickly between Richard’s precariously climbing a high ladder and the children’s running in the street. The gradually intensifying music adds to the suspense. The viewers do not know whether Richard will fall from the ladder or something harmful will happen to one of the children. By giving both parts of the montage equal weight, Nicholas toys with the audience members’ anxiety and anticipation of what will happen. The second strong organization of shots—and perhaps the most affecting in the film—is the montage near the end of the movie in which the Lovings’ case is being argued in the Supreme Court. As Attorney Hirschkop (Jon Bass) tells the Justices that “we hope to clearly show that this is a slavery law,” the children play on a rope swing tied to a tree. This image is clearly connected to lynching, and it suggests that the era of slavery and lynching and segregation may finally be over in a certain respect. And, as Attorney Cohen tells the Justices, “What is the danger to the state of Virginia of interracial marriage? What is the state of danger to the people of interracial marriage? Marriage is a fundamental right,” we see Richard and Mildred eating dinner with their children and tucking one of them into bed at night—routine things which all families, regardless of race, do.

Loving pulls at viewers’ heartstrings, as it conveys the emotions behind Richard and Mildred Loving’s fight to have anti-miscegenation laws overturned in the U.S. To think that my parents’ marriage, a marriage between an Asian man and a Caucasian woman, is legal because of the Lovings is incredible. But the Lovings’ struggles and victory do not apply only to me. Marriage equality is still a widely discussed topic today. In June 2015, 48 years after interracial marriage was legalized in the U.S., same-sex marriage was legalized nationwide. Loving not only poignantly depicts a landmark case in history but also reminds us how far our nation has come with regards to civil rights.