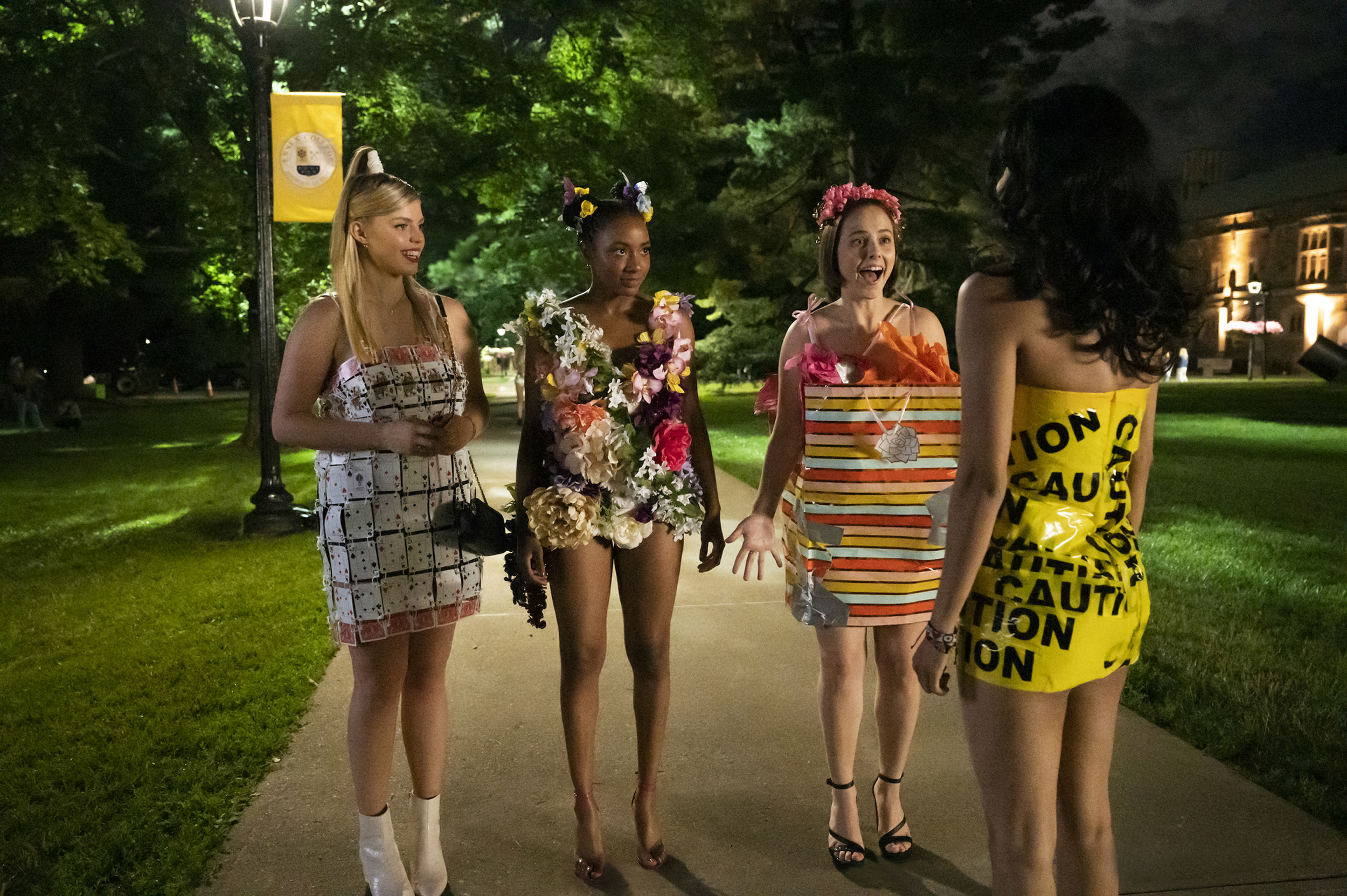 Here’s When Representation Isn’t a Cliché

On MENA Representation in Film

By Anastasia IbrahimMarch 2, 2022No Comments

My review of To All the Boys: Always and Forever, Lara Jean is two pages of me explaining my aversion to clichés, and now I’m about to offer one up. Hopefully, it’s not nearly as bad as when actors in movies turn the TV on to exactly the right channel or the police take a DNA sample and have the results back in an hour.

But I’ve recently broken into the film industry. I say that like I’ve landed a movie role, and my co-star is Timothée Chalamet. What I really mean by that is—I’ve just broken down my own wall and decided to do what I want to do—write films and write about them. If you would’ve asked me what my career plan was six months ago, you would’ve heard me say, “I want to go to law school, unless I get a job in the SNL writer’s room,” which is the equivalent of saying “I’d like to become a doctor, unless I become Brad Pitt.” It’s never going to happen.

Now, there’s no time stamp on when you can or should have a career revelation—some people quit their jobs at fifty to pursue something else. But I’ve been dreaming of a writer’s room, or a critics circle, since I was pretty young. So why lie to myself through high school and halfway through college? Why disadvantage myself (does anybody voluntarily take the LSAT? No? No takers?) and set my resume (for a film industry job) a hundred lightyears backwards?

Well, as an Egyptian-American femme, cinematic accessibility isn’t a reality for me. If I’d ever be interested in finding a MENA (Middle East North African) person (let alone woman) to aspire to in the film industry, I’d have to sift through countless articles on the lack of MENA representation (onscreen and in other cinematic departments) to get there. Of all the ethnic categories, we are perhaps the most grossly underrepresented. A lot of people warned me law was a white boy’s club, but law didn’t come close to the devastating MENA demographic of the film industry.

This might sound like my answer to the question is ‘represent them.’ If you want to increase interest in film criticism, increase visibility. But trust me, I’d even brand myself a sellout if my answer was as blaringly obvious as ‘representation.’ This is, rather, a niche bid for individuals who occupy a liminal space.

About a month ago, I was invited to attend the premiere of Mindy Kaling and Justin Noble’s The Sex Lives of College Girls. And while most of Mindy’s work exceeds expectations, The Sex Lives of College Girls reinvented television representation. Beyond surface-level skin color and body size diversity, Kaling and Noble created inimitable dimensionality for their characters. Leighton, a wealthy white college girl from New York, acts like your typical mean girl. But she makes secret exits from college parties to go hook up with women at the nearest casino. Rather than streamlining her character into the rich, popular, beautiful, blonde with suppressed family issues, Noble and Kaling create space for her to be the closeted lesbian who leaves college parties five minutes after she gets there. Bela, a South Asian college girl, is a sex-positive, aspiring comedy writer. She’s a stellar example of well-executed character depth. Bela’s role is in no way compartmentalized by her brownness. Instead, her comedy writing career aspirations propel her narrative forwards. And although Bela’s character is arguably a reflection of Kaling herself—she (Bela’s character) is also a consequence of extensive and immersive research.

In the process of making The Sex Lives of College Girls, Kaling and Noble spent weeks touring universities, interviewing students, and collecting dimensional data to bring to life on the show. Not surprisingly, their due diligence paid off. The premiere was packed, and countless individuals stayed afterwards to applaud Noble for his work (only Noble was present at the first premiere), many expressing their gratitude for making them feel represented on screen. In an unprecedented way, Noble and Kaling located niche identity apertures, expanded them, and molded them into magnetic characters that people loved and identified deeply with.

After the premiere, Amrit Kaur (who played Bela) and I exchanged brief messages. I thanked her for taking on Bela’s role and acting as the closest onscreen representation of who I am. She’s not a MENA woman (who are, again, practically impossible to come by) like me, but she made space for me outside of the writer-for-representation trope. I don’t want to confine myself to writing the MENA region into films and documentaries. While those stories are invaluable and ones I’d be privileged to tell, I, like Bela, have a profound passion for comedic writing. Comedy is like my own personal identity politics—I don’t have to play the underrepresented victim. I can showcase who I am through the space I occupy, and the content I write, rather than re-writing a history the West has intentionally erased. I can tell my story through a racial lens, but I don’t have to. Amrit Kaur’s character Bela tells us so much about South Asian culture, but she’s not limited to being South Asian. Bela’s cultural background develops as a product of her dynamicism.

So if you want to increase interest in film criticism in young people, use Mindy as a prototype. Embrace the niche, the layers of marginalization. Cultivate representation into highly particularized fragments. I admire relatable, creative, liberated characters who don’t have compartmentalized identities dictated into narratives. You’d be surprised at how many people of the LGBTQ+ community take an Uber out of town to hook up, or how many MENA women want to write comedy. And let’s face it—Gen Z is a generation of narcissists. We love staring at ourselves. Once we click with one uncanny similarity between us and a character (like a brown girl writing comedy), we won’t shut up about it—we won’t stop writing.

Anastasia is pursuing a bachelor’s degree in English Literature. She’s an Egyptian American MENA (Middle East North African) peoples advocate, and the president of the MENA student’s association at Yale. She’s a writer for the Yale Herald and Yale Daily News, and the co-producer and host of ‘One Seat Over’—a narrative storytelling podcast. She’s an aspiring screenwriter and can usually be found writing sketch comedy and film coverage, doing standup, or religiously fawning over John Mulaney.