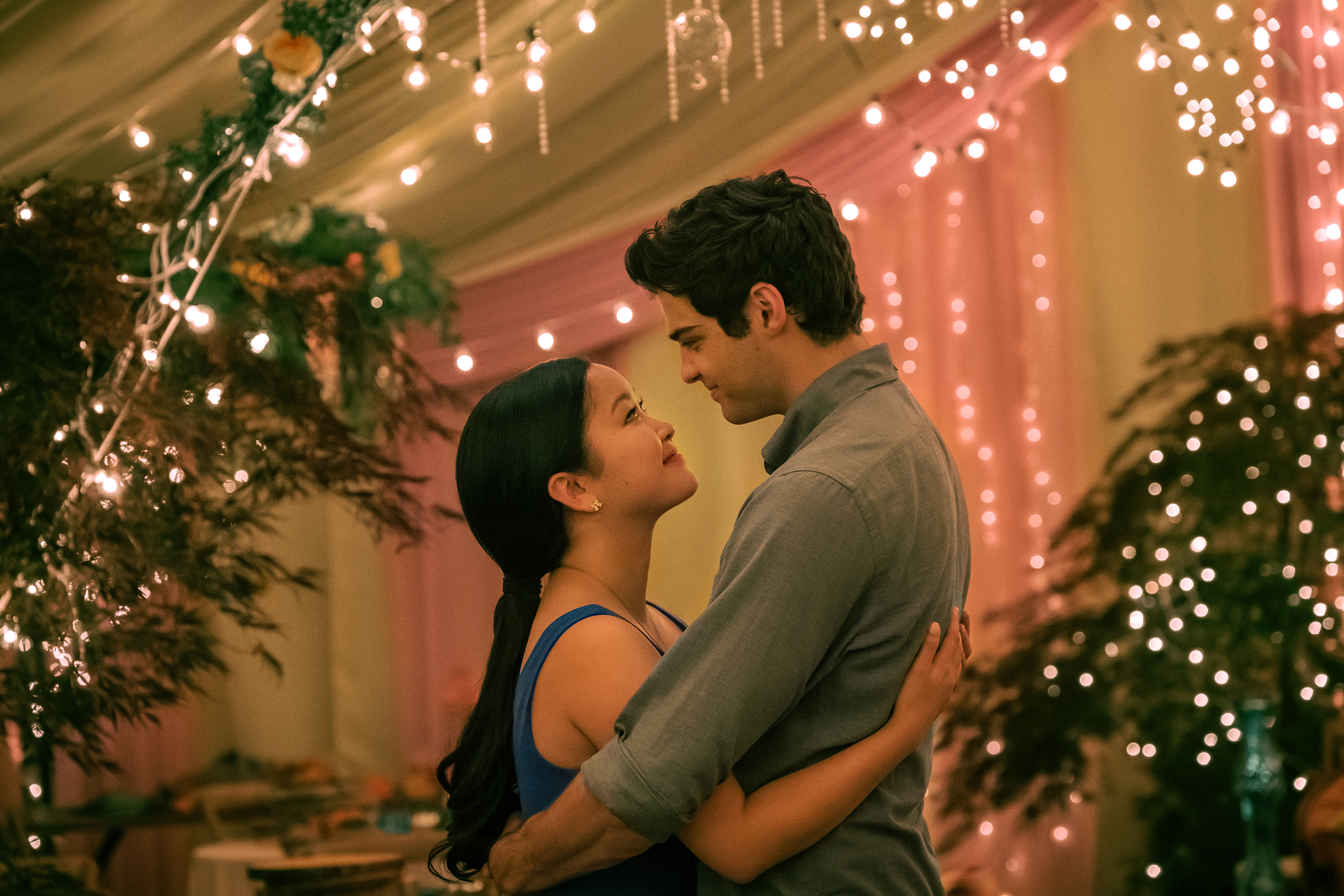 How to Cure Romcom Aversion Syndrome in Under Two Hours

A Closer Look at Netflix’s To All the Boys: Always and Forever

By Anastasia IbrahimMarch 2, 2022No Comments

I never willingly watch romantic comedies—let alone high school ones. Actively capitalizing on the naiveté and vulnerability of its young viewership, high school romcoms advance a false, unattainable vision of high school, washing away layers of emotional complexity in the process. This act of sensationalizing unsettles me and subsequently never sold me on the idea of watching a romantic comedy for pleasure. If I happen to be so emotionally suppressed that I’m unable to cry after a breakup, maybe I’d consider it. But I’m not a hopeless romantic, or easily won over by unfeasible narratives, so To All the Boys, Always and Forever is probably the last film I’d care for. Because what’s worse than a regular high school romcom (like the first two To All the Boys)? A cliché, transitioning-to-college romcom—glamorizing high school AND the college admissions process. We all know the trope canonized into teenage cinema. The totally unrealistic, dramatic-event-driven, extracurricular-centric high school life that revolves around a perpetually evolving romance that comes to a head when one of them gets into a highly selective school?

For someone who has little to no interest in romance—I love Lara Jean and Peter’s relationship. In virtually every scene together, their relationship is realistic, endearing, and a phenomenal representation of romantic normalcy. Their interactions are not hyperbolized, their body language is sweet and grounded, and they consistently leave the viewers with heightened emotions and something to aspire to. Whether they’re opening gifts on the couch or performing the mandatory, parent-enforced goodbye ritual, Lara Jean and Peter’s chemistry is candid and believable.

But beyond surface-level, on-screen, romantic interactions, the emotionality of this film accelerated it far above most. (Spoiler alert!) When Lara Jean finally breaks the news to Peter that she didn’t get into Stanford, his response is remarkable. Rather than angrily asking her why she didn’t reveal her rejection sooner, Peter’s initial reaction is to ask Lara Jean if she’s okay. The writers ought to be applauded for their portrayal of a healthy relationship with emotional nuance. Instead of perpetuating the toxic ideal that any inconsistency or miscommunication deserves to deteriorate a relationship, they used Peter’s empathy to foster understanding. Lara Jean’s compromised position doesn’t diminish her morality, nor does it warrant a negative response from Peter. In fact, (another spoiler!) even the breakup scene where Peter gaslights Lara Jean for choosing NYU works well. Because we’re given the backstory of Peter’s relationship with his father, it’s clear that Peter internalized some unresolved abandonment issues that he ends up taking out on Lara Jean. Consequently, Peter views Lara Jean’s choice of NYU as a deliberate rejection of him—she’s not choosing him anymore. In this moment, the female daddy-issues trope is masterfully subverted. Rather than normalizing Peter’s destructive behavior (in the after-prom scene) and leaving Lara Jean as collateral damage, there’s an immediate burden placed on Peter to address the root of his toxicity.

The emotional achievement of this film is two-fold, however; it simultaneously adheres to relational complexity as well as individual interiority. Lara Jean’s inner conflict between desire (adventure, New York City) and comfort (family, Peter) unfolds artfully on screen—she finds her and Peter’s song at a party at NYU, she breaks down about wedding cake batter in her own home, and she experiences love letter writer’s block in her bedroom. Sources of stability become sites of instability as foreign frustrations and the unknown are superimposed onto the places and people she loves. Similarly, Peter’s previously perfect character experiences a break. When he runs into his estranged father at a bowling alley, we discover his vice—deeply rooted resentment. As Peter contemplates reconnecting with his father, he tells Lara Jean: “I hate him, and then I miss him, and then I hate that I miss him.” This brilliant moment uncloaks the suppressed, dark truth about lacerated parent-child relationships. It’s an easily identifiable mark of neglect that leaves an individual chasing the people who will never choose them (also a huge red flag in a relationship). With remarkable execution, the emotionality of Lara and Peter’s relationship is interrogated alongside their individual characters.

The cinematography of the film augments its emotionality. The parallel between Lara Jean and Peter’s prom dance and Lara Jean and her younger sister Kitty’s embrace in the bedroom is astounding. In both scenes, Lara Jean is physically close to Peter and Kitty. But they’re also at an emotional impasse, creating an intangible distance. In both scenes, while the audience sees each of their faces, they can’t see each other. The cinematography functions as a paradoxical masterpiece where, both times, Lara Jean is holding someone she loves but choosing to look past them (in this case, to her life at NYU). She chooses advancement over intimacy. There are also minute cinematic details like Peter and his father never appearing in the same frame as they sit down for coffee, which underscores their estrangement. Or Lara Jean observing her father’s proposal in the open air rather than through a house window, exhibiting her openness towards embracing the start of her father’s new life. Even the final scene, where Lara Jean and Peter dance at the wedding venue of her father came through for me. Orchestrated by her sister, carried out by Peter, and set in her very own backyard, the dance solidifies Lara Jean’s notion of home. It conceptualizes it into a person and place that’s lasting and representative of unconditionality. It champions Lara Jean’s choice to put herself first, reaffirming that distance doesn’t diminish love.

To All the Boys: Always and Forever is a complicated labor of love and at times a disheartening, circuitous journey. It’s an acute, brilliant story of reconciliation—with others and the self. In one of the most accurate representations of the brutality of the college process and the ever-developing fragility of high school romance, To All the Boys: Always and Forever destabilizes and revitalizes the genre of romantic comedy. It’s either that, or it turns out I’m actually a secret sucker for clichés—I just didn’t know it yet.

Anastasia is pursuing a bachelor’s degree in English Literature. She’s an Egyptian American MENA (Middle East North African) peoples advocate, and the president of the MENA student’s association at Yale. She’s a writer for the Yale Herald and Yale Daily News, and the co-producer and host of ‘One Seat Over’—a narrative storytelling podcast. She’s an aspiring screenwriter and can usually be found writing sketch comedy and film coverage, doing standup, or religiously fawning over John Mulaney.