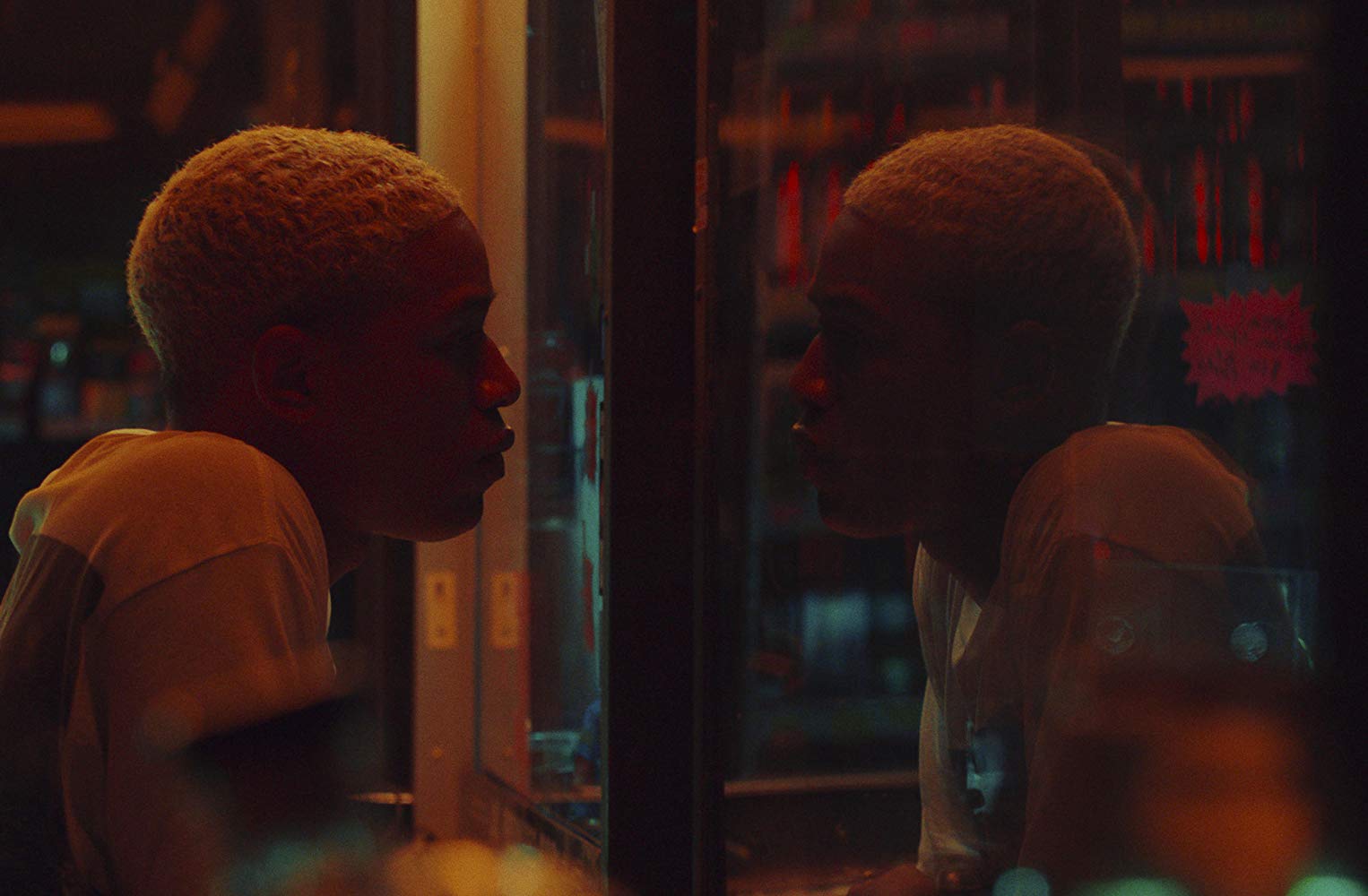 Waves: What’s Real and What Isn’t

The question of whether a white director can direct a black-themed film is misshapen by the notion of whether a white director should. The trend of white directors telling black-themed stories has long been problematic in Hollywood since D.W. Griffith’s Birth of a Nation (1915), which in its time, effectively instigated violence against African Americans in many cities. In Waves, white director Trey Edward Shults uses color-blind casting as a marketing tool to tell the story of a middle-class black family struggling to overcome emotional turmoil after tragedy strikes them. Many reviews have described Waves as the story of an African-American family navigating life and love after a tragic loss. They cite the deterioration of Tyler (Kelvin Harrison Jr.), an overachieving high-school wrestler whose severe muscle injury causes him to crumble physically and mentally, attack his pregnant girlfriend, and end up criminalized. These descriptions of Tyler’s imprisonment as a “tragic loss” suggest to audiences that Tyler is gone when in fact, he is very much forgotten by the same narrative that once held him at its center.

The film is divided into two sides of the same coin: siblings Tyler and Emily (Taylor Russell) both struggle with overbearing parents, relationships, and drugs. The first half centers on Tyler’s story before he’s imprisoned, while the latter half shifts its focus to Emily. Emily’s story (and most of Russell’s speaking lines) don’t fully take shape until after Tyler is imprisoned, with much of her storyline centering around her newfound love with Tyler’s white teammate, Luke (Lucas Hedges).

Shults’ depiction of black storytelling is similar to other problematic stories from white filmmakers such as Kathryn Bigelow’s Detroit and Rupert Sanders’ Ghost in the Shell. Filmmakers who’ve dabbled in whitewashing history or color-blind casting likely began their efforts with good intentions, but inevitably failed to include the creative input of the people whose stories they tell. In Waves, Shults uses Emily’s love story to soften the aftermath of a black male character’s toxic masculinity and also silences Emily’s pain through Luke’s pursuit to reconcile with his absent father before he dies. Though Tyler and Luke both have troubling relationships with their respective fathers, Shults chooses to validate and legitimize Luke’s white masculinity by repairing Luke’s relationship with his father while Tyler remains distant from his own. Tyler’s stern father Ronald (Sterling K. Brown) pushes Tyler to achieve in his academic and athletic pursuits, thus forcing Tyler to turn to substance use and violence and display an unwillingness to seek out support for his mental health—a troubling issue in the black community.

“We’re not afforded the luxury of being average. Gotta be 10 times better just to get anywhere,” Ronald says to Tyler, expressing his belief in the necessity of black excellence in the U.S. However, the film addresses neither the correlation between toxic masculinity and Ronald’s emphasis on material success nor the ways in which success can be difficult to achieve when prejudice exists. To the contrary, Waves justifies its faulty narrative and casting practices by falsely implying the story could be about any family—even though it’s not. There are plenty of films with white directors that tell black-themed stories with the attention and sensitivity they deserve, most accompanied by creative input from people of color. Waves, for all its vibrant tones, is not one of them.

As a Film and TV major at NYU, I found it important to understand both the artistic and business side of film, thereby learning how to sell and distribute films in the U.S. I aspire to help artists of color get their visual stories shared globally and create opportunities for female filmmakers to connect.