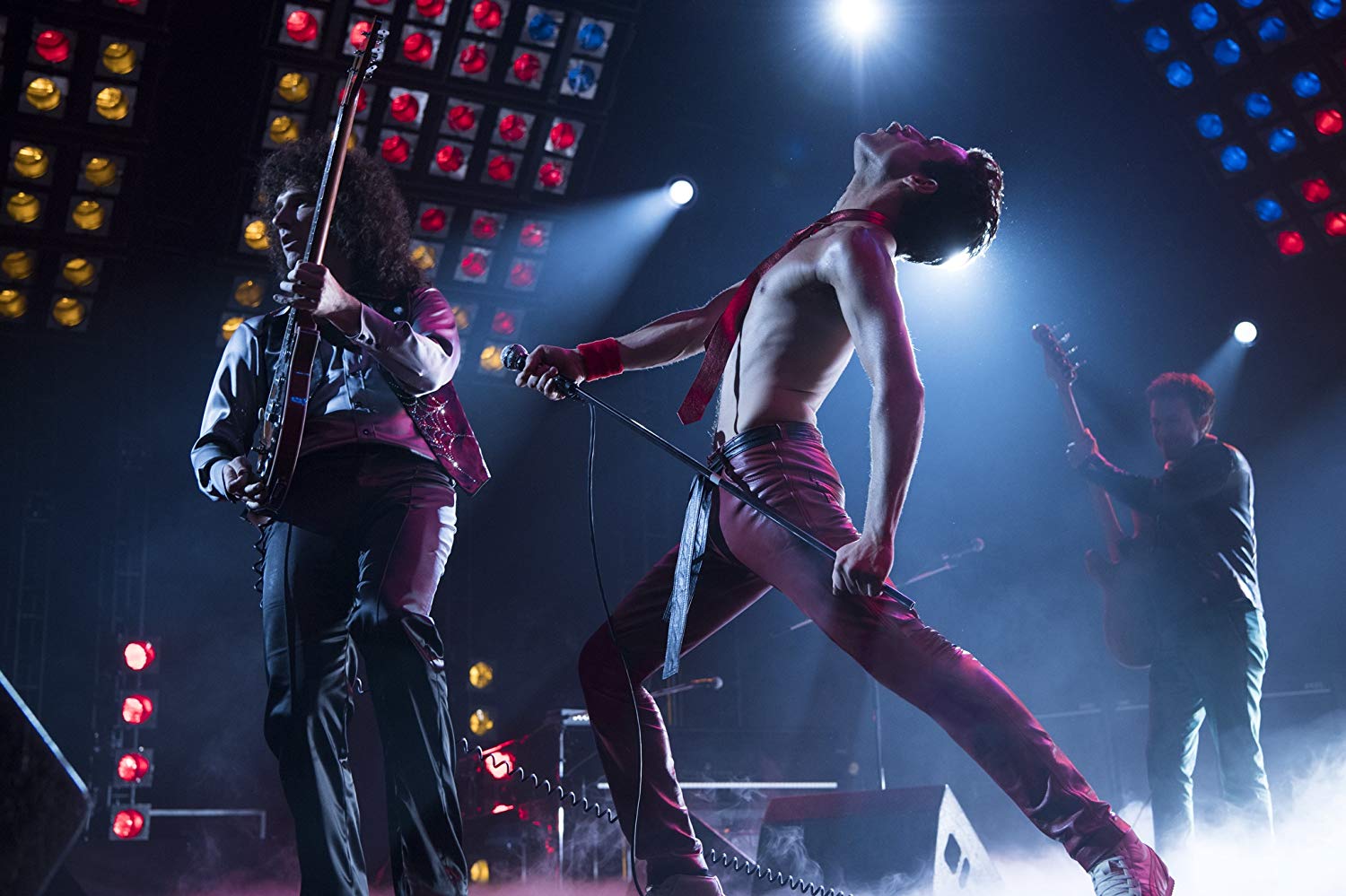 “We Are All Legends”

Why Bohemian Rhapsody Should Be Your Friday Night Film

It’s Friday night, just about 7 o’clock. You and your posse are all out at an affordable dining location—anywhere you don’t have to cook or wait, you did just finish a grueling five days of school, or maybe knocked out a forty plus-hour workweek.

The point is, you all are ready to relax, enjoy the night. Then, finally, comes the genius with the million-dollar question: You guys wanna catch a movie?

Sure! They all reply.

That. That. Is the two-million-dollar question. Luckily, we all have that one friend who has either seen or heard of literally any movie, indie or popular, that exists through the next seven years.

This is where he pipes in.

The Film Dweeb: Oh my God, have you guys seen Bohemian Rhapsody yet? It was so good.

No, they all think, we’re not into documentaries all that much, plus we never really listened to Queen other than the aforementioned, Bohemian Rhapsody… But before one of your posse can verbally manifest what everyone is thinking—

The Film Dweeb: We have to go see it. I’m gonna look up where it’s playing right now.

The One Friend Who Likes Basic Movies Like Skyscraper And, Ironically, Suggested The Movie Idea: I thought Robin Hood looked kind of good?

Stunned silence from The Film Dweeb: Robin. Hood? Why would we go see Robin Hood when we can seeBohemian Rhapsody?

Perhaps because Taron Egerton is in it and we like good-looking British people? Or maybe it’s because the Disney one with the fox was so good, so now, you know, live action? That would be cool. Or possibly, it’s that the other five-hundred “gritty takes on the classic tale” failed, and we have too much hope that one of these days we’ll get the Robin Hood we deserve. Please, somebody make that movie, so that it’ll stop.

Now, The Film Dweeb is under pressure. [Get it? Get it?] He must concisely and engagingly persuade his posse to pay eleven dollars to see a Freddie Mercury biopic, which when you say it like that, is not all that promising. And for fear of The Posse ending up watching a poorly vfx-ed slow-mo shot of “Robin Hood” jumping out a window and snatching the gold as the castle explodes, he must do so quickly.

No, it’s really good! He starts. Which is, largely, the most convincing part of his argument. Rami Malek plays such a good Freddie and the Live Aid and the music! You’ll cry, I swear.

But who wants to cry? It’s Friday? We’re supposed to be doing the opposite. We want to be entertained! If we don’t like Queen, and we don’t want to cry, and Robin Hood is playing, what are we waiting for?

Well that sounds like a pretentious amount of valuable cinema for only about ten dollars, doesn’t it?

Indeed, it is. Unfamiliar as it may be, that’s the mark of a good film.

The beauty of a film like Bohemian Rhapsody is that one does not need to know Queen. We’ve all heard the songs before. It’s not a “pay attention” movie like Inception. Rami Malek, Gwilym Lee, Ben Hardy, and Joseph Mazzello all share a dazzling chemistry in the film that never leaves us doubting their familyship.

We’re not thrown innumerable specified dates or any chronological recountings. Granted, the accuracy may not be up to historical par, but it does no disservice to the characters. There’s no aspect to this film that does not seem wholly believable based solely on Freddie’s innate confidence that Malek, quite literally, embodies. It’s dramatic and outrageous in every effort from costumes to character arc, but never overdone.

It’s passionately shot in sunrise hues of orange and brilliant pinks. Cinematographer Newton Thomas Sigel takes us into Freddie’s head to experience everything with him. Through Mercury’s reflective sunglasses, we see his cats, microphone cases, ecstatic fans, the doctor.

And possibly the best shot in the film comes at the end. Take note, Robin Hood, this is how you do slow-mo: An angelic, echoic version of Don’t Stop Me Now begins as Freddie descends into a seamless slow-motion turn. He looks into the audience’s eyes, amazed, and then it cuts to black. Every person in the theater seemed about to float away just as the black screen restored gravity to them.

The momentum of the scene saturates the audience in Freddie’s glow. Allowing them to experience something that would have otherwise been hidden in the background section on Live Aid’s Wikipedia page. And as beautifully and meticulously crafted as the film is, it’s likely the characters who are responsible for viewer attendance. While the timelines don’t always match up and there are some interactions that were probably adapted—that doesn’t really matter, because the film displays a character that we all know personally, internally. Regardless of historical accuracy.

So maybe you don’t know anything about Queen. Or you’ve only heard Bohemian Rhapsody the song, on the radio a handful of times. Maybe, you hate rock n’ roll.

“I’ll tell you what it is, Mr. Reid. Now, we’re four misfits who don’t belong together, playing for the other misfits. They’re the outcasts, right at the back of the room. Who’re pretty sure they don’t belong either. We belong to them.” (Freddie to John Reid in Bohemian Rhapsody).

Kelly Forzaglia is in her first year at UNC School of the Arts, pursuing Screenwriting. While writing is her first passion, her favorite place is the movie theater; she goes there at least once a week. She loves universal films and mainly focuses on character development. Some of her favorite movies range from classics like The Godfather and Gone With the Wind to more modern films like The Secret Life of Walter Mitty, La La Land, and Iron Man.