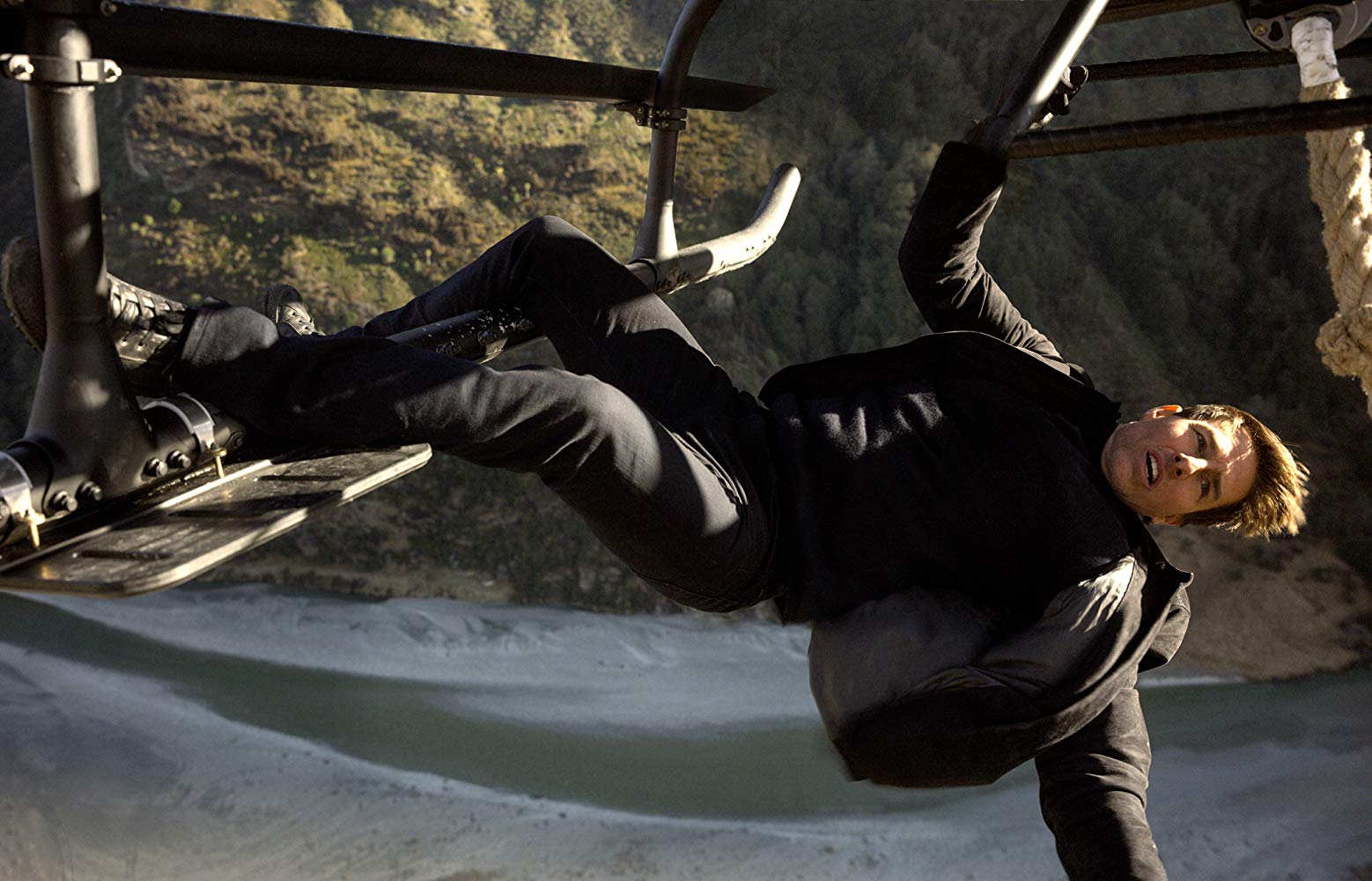 Mission: Impossible — Fallout and the Baffling Longevity of the Beloved Spy Series

I am baffled by the Mission: Impossible franchise. Whenever a new sequel comes out, I find myself trying to comprehend why the series has maintained such continued popularity. The movie came out last summer, and I am still puzzling over it.

What’s particularly strange about the Mission: Impossible franchise is that it arrives at the tail end of the 1990s trend of adapting popular 1960s TV shows to film. This trend failed to establish any lasting franchises outside of Mission: Impossible, although I suppose the Addams Family movies live on in the form of sassy Buzzfeed gifs of Angelica Huston. It just seems so perplexing that a convoluted spy movie based on a 60s TV show would have been a hit in the first place. I would rather imagine a world where people rooted for the release of the sixth Brady Bunch film.

Part of what is so weird about the Mission: Impossible franchise is that the films are always, more or less, the same story of Ethan Hunt being inevitably betrayed by the government because they think he has gone rogue. The execution is always far more complicated than that, of course—there is an onslaught of jargon and exposition that only serves to muddle up who Ethan is pursuing and why. It feels as if the producers of the series saw the James Bond film The Living Daylights and thought “heck, we can make a spy story even more pointlessly twisty than that”.

In this entry, there is a bad guy who is dealing plutonium to other bad guys, and Ethan has to intercept both the villain and the dangerous nuclear materials. The complication here is that there is also a mole in the U.S. government who has decided to frame Ethan as the infiltrator. It does not help Ethan’s case that he bungled the operation to get the plutonium in the opening minutes of the film. In the strangest moment of Fallout, Hunt leaves a briefcase of plutonium unattended while he runs off to save his pal. I am sure it is entirely possible to shoot a gun and hold a briefcase at the same time, but the movie decides to ignore this for plot convenience.

I can only assume the continued appeal of the Mission: Impossible series is Tom Cruise’s seeming desire to die on set, which only seems to have stronger as he gets older. Every film (except Mission: Impossible III) has a signature action set piece and a few “Tom Cruise did it for real” stunts. In Fallout, Cruise reaches peak insanity, jumping from buildings (and breaking his ankle! For real!), piloting helicopters, and all sorts of action movie mayhem. In an age where movies rely more on digital effects and flashy camerawork to aid their action scenes, it is refreshing to see a film series that still prioritizes doing things practically.

That being said, it is beginning to feel like Cruise’s stunt spectaculars are less for the sake of entertaining audiences, and more for his own personal need to maintain an image of the cool, hip movie star. With two more Mission: Impossible films currently in development, Cruise, who is currently 56, might wind up in a similar “too old for the role” situation as Roger Moore, who was 58 when he played James Bond in A View to a Kill. To his credit, Moore at least tried to play his final performance as Bond as more of a dirty old man character. However, I doubt Cruise’s superstar ego will allow him to play Ethan Hunt as anything other than a cool, totally-not-old action hero, no matter how long he continues in the role.

Skepticism about Cruise’s motivations aside, the action scenes in Fallout are incredible. The bathroom fistfight is fantastic, reaching The Raid: Redemption levels of kinetic brutality. Walls, sinks, and mirrors explode on impact like they are made of eggshells. It is equal parts ridiculous and intense. The excitement generated by this scene does a lot to help the film coast through the next half hour of rote spy stuff.

The climactic helicopter duel is magnificent, too. It is a weird composite of the finale of The Living Daylights (which I guess must have been the inspiration for this whole series) and the RV scene from The Lost World: Jurassic Park. Ethan Hunt dangles from a helicopter, commandeers it, crashes it, and hangs off of a cliff face, holding only the helicopter’s cable. If you are even remotely afraid of heights (and I am, quite a lot), it is enough to get your palms sweating.

This great bit of action is intercut with a not-so-great side plot of Hunt’s sidekicks trying to defuse a nuclear bomb, which is about as silly and over the top as you could expect from a spy movie. They even try to fake out the audience that the bomb has really gone off! The sidekicks, unsure if Hunt was able to hit the final failsafe deactivation remote, cut the wire they believe will defuse the bomb, as the timer counts down to zero. Suddenly the film cuts to white, suggesting that perhaps the bomb did go off. This is a trick, of course—the white screen fades into a bright sunset as it is revealed that Hunt was able to turn off the failsafe just in time. Did they really think that would fool anyone, especially when they already had a goofy “the bad guys won” fake-out earlier in the film?

It’s not really fair to say whether Fallout is “good” or “bad” because, like most films in long- running series, they begin to develop themes, plot elements, etc. that are reused as the series go on. Series like this begin to develop their own internal logic and system of expectations. Much like the James Bond or Friday the 13th films, by the time the sixth Mission: Impossible film rolls around, audiences have an idea of what to expect. Through that lens, Fallout is a good Mission: Impossible film, maybe even the best. These movies are all about whizzbang spectacle, and this has some of the most spectacular things to look at in the series. Whether or not you get anything out of this film will, of course, depend on you. As much as I like the big action scenes, I find the lengthy sections of espionage and exposition a chore to sit through. The series overall does not particularly appeal to me, but clearly there millions of theatergoers worldwide who do not mind sitting through the superfluous stuff to get to the big set pieces.