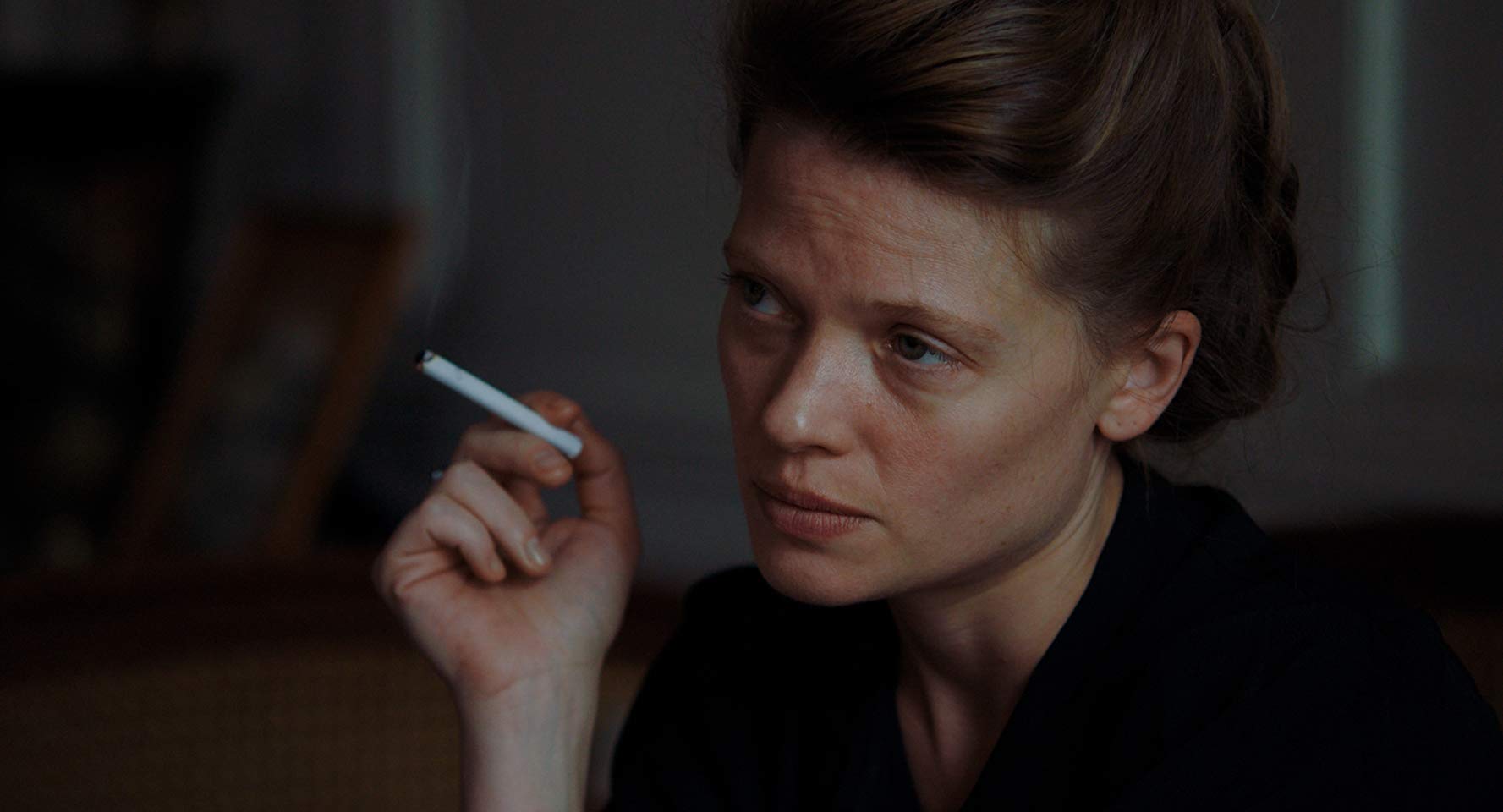 In the Vanguard of Waiting

Part-suspenseful thriller, part-existentialist inquiry, the film Memoir of War (La douleur) delves deep into some of the most powerful passages of Marguerite Duras’s memoir The War with tender aesthetics and an attentive care to detail. Both the book and the film adaptation explore the co-existing state of love and pain during and after World War II. The war encompassed all kinds of hardship, from brutal violence at the front lines of battle to the atrocities committed in concentration camps. The type of war-inflicted suffering that Duras experienced, however, existed in a different context: her memoir focuses on the women who were caught in the liminal state of waiting for their loved ones to return from the war.

With a tone as personal as her writing, the film Memoir of War presents a facet of Duras that is often hidden behind her persona as an adventurer and esteemed writer—that of a woman deeply affected by the painful aftermath of World War II. With her angular features, French actress Mélanie Thierry does not bear a close physical resemblance to Duras, who had a softer, rounder face. However, I felt that Thierry’s sharp jawline became a strong visual symbol that externalized Duras’s firm determination to stay strong while waiting for her husband’s return. After seeing the film for the second time, I was even more convinced that Thierry was the right choice to embody Duras’s fighting spirit.

The film’s narrative remains loyal to Duras’s first-person experience and maintains an intimate visual style that is composed of many close-up shots that imitate her point of view. When the camera zooms in on Duras’s face, it’s almost as if audiences can hear Duras’s thoughts and feel the fluttering of her eyelids. However, there are still some moments in the film when her face adapts a mask-like rigidity and rejects the audience’s scrutiny. These moments occur frequently in the first half of the movie, during German occupation of France. Duras encounters a German officer and decides to use his attraction towards her to obtain news about her imprisoned husband Robert. At the beginning of their “dates” at restaurants and cafes, Duras fluctuates between quiet reservation and sudden desperation. She is obviously trapped—though yearning to get in touch with her husband, she knows that the German officer is trying to manipulate her fragile situation to betray her community. As time goes on, she soon adapts and learns to mask her emotions to the extent that she seems calm and almost unaffected. Duras’s growing confidence coincides with France’s approaching victory in the war, and her small frame begins to radiate an enormous energy of certainty about a hopeful future.

One of the most memorable scenes in the movie occurs during Germany’s retreat from France: Duras feels the first breath of liberation and the power of living a historical turning point. When she says, “The world is at the verge of bursting open. I will show it to you,” she is dedicating a hopeful vision of reuniting with her still-detained husband and reaffirming to herself that there are still memories to be made and a journey to share after the war. Parallel to this narrative, the camera tracks Duras biking past many German soldiers who are frantically retreating. With a short-sleeved red sweater, Duras wears the color that represents Paris, bravery, and brotherhood. There is a visual imbalance between the chaos of the Germans’ hectic retreat and the calmness in her rhythmic peddling. Overhead, an array of fighter aircrafts announce their exits. Duras bikes on. She is determined to get to her destination, but the audiences are not sure of where. Then, at the end of the scene, the camera pulls back and shows a birds-eye view of a public square, where the appalling emptiness is mitigated only by Duras’s movements. No other moment in the film intensifies the human condition of loneliness with such grace and grandeur. Ultimately, the vestiges of the war are the scars inflicted on a very intimate and personal level.