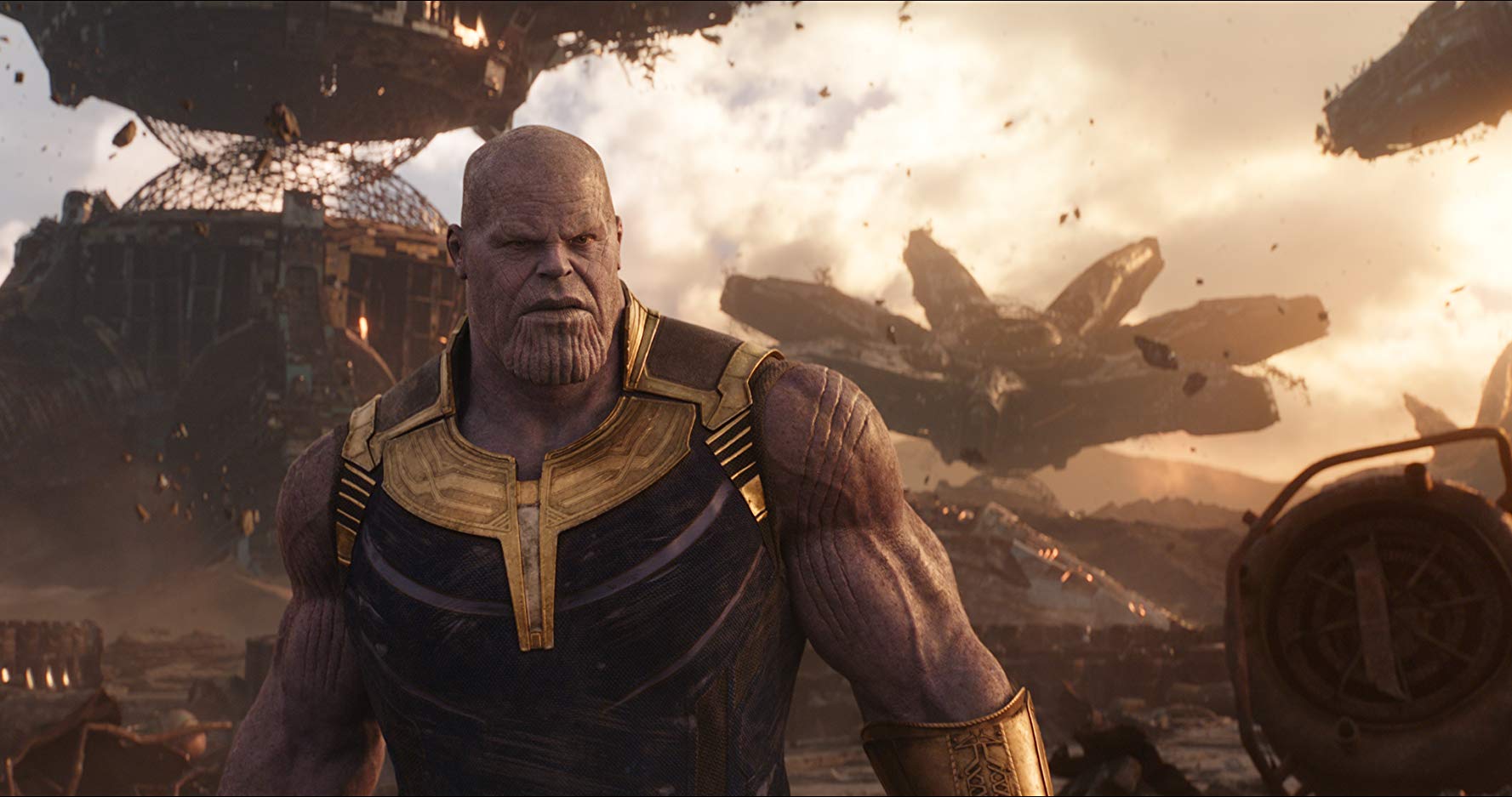 So why is it so damn good?

For my mom, “the” movie that got her interested in film; the movie that converted her into a cinema geek was Star Wars: Episode V – The Empire Strikes Back (1980). She was 16 at the time, and her knowledge of the filmmaking process was limited. However, she was so enthralled by the special effects and storytelling that she instantly became a fan of the Star Wars universe, despite not having viewed the first entry in the series. Apparently, she’s not the only one who shared this sentiment: The Empire Strikes Back is widely renowned as the best film of the franchise. Not only did it have an exciting story with an elevated sense of tension and dread, it also gave us one of the most iconic twists in film history that’s still (mis)quoted and parodied to this day (“No, Luke. I am your father”). It was the film of a generation. The Empire Strikes Back, while game changing for the franchise, followed the traditional rules of storytelling. There’s a clear protagonist/antagonist, and three acts: an inciting incident, a climax, and resolution (even if it’s a cliffhanger).

Fast-forward to the current day, where Marvel Studios releases Avengers: Infinity War (2018). Critics have made comparisons to The Empire Strikes Back as a film that took risks and broke the boundaries of storytelling by having a darker tone than the other entries in their respective franchises. However, Avengers breaks from more than just the traditional storytelling seen in most superhero films; in fact, any form of a proper story structure is completely absent from the narrative. For starters, Act I is entirely absent. Even if one claims it is present, it only lasts for the 3-5 minutes before the Hulk—played by Mark Ruffalo—is sent back to Earth. A typical Act I would introduce the protagonist’s desires and their flaws (which would hint at the central conflict) but this was already done in prior films of the franchise, when each respective hero—such as Iron Man and Captain America—was given their own solo trilogy (excluding newcomers such as Black Panther, Dr. Strange, and Spiderman: Homecoming). The remaining 147 minutes of the film serve as Act II. The second act typically shows us how the characters will overcome the conflict presented in the beginning of the act. This usually happens twice within the span of Act II, but in this film, it happens five times (once for each Infinity Stone that Thanos—the film’s “antagonist”, played by Josh Brolin—collects). Needless to say, there is no Act III. Usually, it’s at this point in the story when the explosive climax and resolution occur. However, Infinity War has no resolution, and it ends on a bigger—and far more traumatic—cliffhanger than Empire. While the battle sequences are climatic in nature, they do not resolve the central threat that is presented.

That’s not all. Infinity War has multiple “heroes”, but no clear protagonist. In addition, none of its characters are properly introduced. The film starts at 100 miles per hour and doesn’t let up until the credits roll. It’s like the filmmakers are hoping that you care about everyone present on the screen and that you’ve watched the previous eighteen films to understand what’s happening.

All of these points would be a recipe for disaster for any other film attempting to work around the typical three-act structure. Why is it, then, that this is hands-down the best film Marvel Studios has ever produced?

I’m not ashamed to admit that I’ve seen every film from the Marvel Cinematic Universe. From the highs of the first Avengers and Guardians of the Galaxy, to the lows of Thor: The Dark World and Ant-Man. I fanboy and geek out over them, but even I can admit that none of those films need to be seen twice. I believe that they’re surface level enough that the average viewer can absorb everything in one sitting without ever needing to revisit those stories. The films essentially act as cogs in a larger machine, the set-ups to the film where different worlds in the Marvel universe collide. I was expecting this film to serve the same function. Yet, I’ve paid to watch it in IMAX twice, and have watched it on Blu-Ray four times in its entirety. As an aspiring screenwriter, I can’t get enough of this movie. It fills me with joy and blows my mind at the same time. The chances of the story collapsing in on itself trying to juggle numerous characters—with the added challenge of having audience’s favorite heroes share screen time—were too high. How could Marvel top itself after ten years of films? Ironically, I believe the key here… is the film’s simplicity.

I have an unofficial gauge for the success of each Marvel story. I call it the “Parent Test”. Both of my parents are avid movie watchers who aren’t as invested in the Marvel lore as I am. Marvel’s plots are inspired by the comic books that tend to get pretty far-fetched in terms of story ideas and concepts. Some aspects will never translate well on-screen, so the writers have to do their best to introduce these concepts to audience members like my parents, who have no idea where the inspiration comes from (a talking tree and a talking raccoon?!). The Parent Test, then, is simply asking my parents if they could follow along. Could they summarize what they just watched, especially when they have no idea who’s who?

Almost every Marvel movie my parents have seen passes this test, and I think that’s why the Marvel Cinematic Universe has such a large commercial appeal. The only exception was Avengers: Age of Ultron (2015), for obvious reasons. Like Infinity War, the film starts at full speed and assumes you know what’s been going on in the characters’ lives prior to its own narrative. It opens in the middle of an action set piece, and from the beginning, there’s a villain intent on destroying humanity. Yet, Infinity War passed the Parent Test. If Infinity War shares so many similarities with Age of Ultron, how did it go on to achieve immense commercial and critical success?

Once again, the answer is simplicity. Based on box office numbers of individual Marvel films, it’s clear that not everyone sees every entry. Marvel had to keep it simple. Hence, they established a villain who wants to collect powerful stones that control power, space, reality, soul, time, and mind. If he gets them all, half of all life across the universe will perish. A threat is established, and the audience only cares that the villain is stopped. Now the only challenge is to make it entertaining while keeping the stakes high. I’ve never felt so much dread while watching a film based on a typically fun and cheery cinematic universe. Marvel showed us that they weren’t afraid to have casualties, that heroes are also mortal. The film shows us the consequences of the Avengers failing and ends with a bone-chilling shot of the villain who—to quote Thanos himself—watches “the sun rise on a grateful universe” after he successfully collects all six stones and wipes billions of lives from the universe.

Why would the film end on the villain’s perspective? Initially, it is easy to perceive Thanos as the antagonist. It wasn’t until my second viewing that it dawned upon me: this isn’t Iron Man or Captain America’s movie. This isn’t a film about the Avengers overcoming great odds. This is Thanos’s story about sacrifice and destiny. Thanos receives the most screen time in the film (clocking it in at around 29 minutes), and the one flashback in the film is dedicated to his backstory. Similarly, the only thoroughly explained character motivation is Thanos’s: after his home planet died from overpopulation and diminishing resources, he decided that random genocide that didn’t place emphasis on class, status, or background would save all the universe’s civilizations from collapse. The Infinity Stones would help him achieve the balance he saw as necessary for all the universe’s inhabitants. Therefore, the antagonizing forces are the Avengers trying to stop him from collecting the stones. From this perspective, the ending isn’t so sad. The score during the ending scenes even contains hints of triumph, as Thanos overcame all odds and made significant sacrifices to achieve his goal.

The film is far from perfect. Its tone can be borderline obsessive when juggling such a vast array of characters and personalities. However, in a way, it complements the achievement of bringing this cinematic universe together over the span of a decade. Marvel announcing every sequel and cast contract under the sun makes one wonder if every death in the film will be permanent. With that said, there’s still an air of mystery surrounding the future Marvel films. While people have speculated for months how the plot would unfold, no one was 100% correct in their theories. It’s the first time that I genuinely don’t know what is going to happen after a Marvel movie. I can’t even begin to predict how the next Avengers film will start. Time jump? Minutes afterwards? I’ll have to sit on the edge of my seat until May 2019 to find out.

Whether you’re a huge Marvel geek or you despise the action genre as a whole, you must give credit where credit is due. In my opinion, this level of storytelling and planning is unprecedented in Hollywood. Marvel has successfully serialized the movie industry by instilling viewers like me with a need to see every entry, so we don’t feel like we’re missing out on the larger narrative at hand. It took them ten years to pull this off, and they’ve shown no signs of slowing down. Franchises typically backfire on the second or third entry, yet Marvel produced their best work on the 19th entry and likely will only continue to improve. Avengers: Infinity War shattered expectations both commercially and critically, and I can’t wait to see where Marvel will take it next. The movie’s unconventional structure was its best asset and, as far as I can tell, the only way the story could have worked. So, here’s to ten more years of cosmic oddities, smart-ass wizards, and spectacular feats.

Now, if you’ll excuse me, I have to go watch Infinity War for the seventh time.

Michael graduated from UNC — School of the Arts with his MFA in Screenwriting. Before that, Michael obtained a bachelor’s in Psychology, which he feels helps him better understand the characters in his writing, as well as elements that an audience member may find captivating and emotional. He believes film criticism is essential for helping aspiring and prominent filmmakers improve their craft, and takes inspiration for reviewing from viral YouTube reviewers Chris Stuckman and Jeremy Jahns. Michael recently moved to Los Angeles to get a jump start on his career and hopes to make it into film or TV animation writing. His current favorite films are The Incredibles, Ready or Not, and Do the Right Thing.