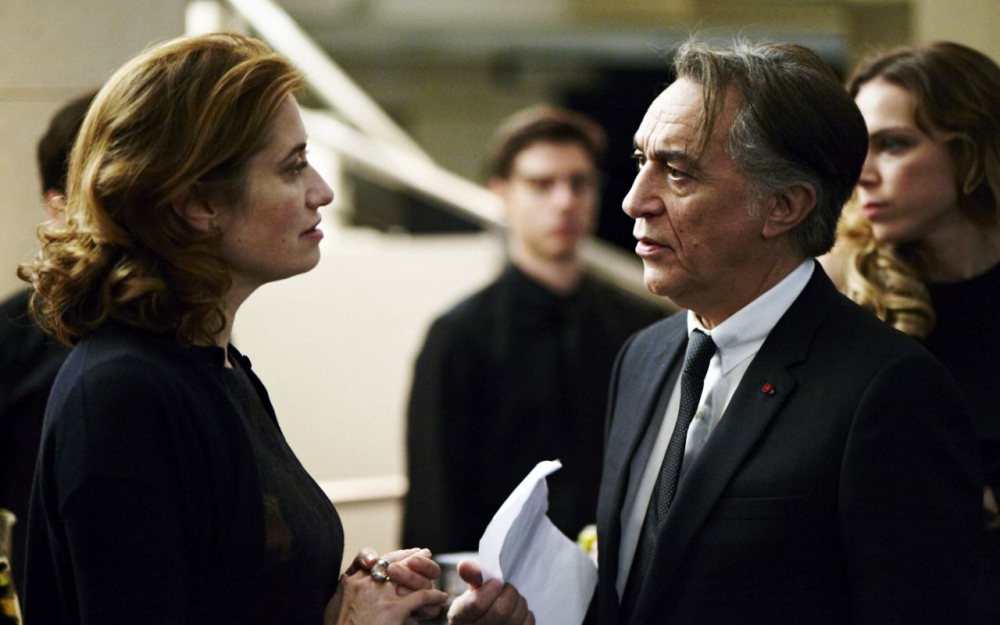 No Woman Is an Island

Even on a crowded street, a person’s sense of loneliness can be piercing

Even on a crowded street, a person’s sense of loneliness can be piercing—creating the sensation that one is trapped on an estranged island.

French director and screenwriter Tonie Marshall delves deep into examining this kind of loneliness in her film Number One (Numéro une), which recently premiered in the US at the Lincoln Center’s 23rd Rendez-Vous with French Cinema. The plot tracks an intelligent and attractive businesswoman who, upon competing for CEO at France’s national water company, struggles to navigate the gender politics at the pinnacle of the French corporate world. Lead actress Emmanuelle Devos has the same first name as her character, a playful and intentional overlap which draws an intriguing parallel between Devos and her persona: both are ambitious and well-respected professionals. Thanks to Devos’ natural charisma and expressive eyes, Emanuelle emits an air of mystery and captures the viewers’ attention with her multifaceted personality; Devos captures an ambitious leader’s humane side brilliantly. She may practice a foreign language long past office hours to secure a business partnership, but she also makes sure to walk her daughter to school and care for her hospitalized father. Is Emanuelle the epitome of womanhood? The film does not hide the fact that she walks her daily life on a tightrope, and as the stakes grow progressively higher, I became increasingly worried about Emmanuelle’s physical and mental health.

Despite the individual focus on Emmanuelle (and her constantly juggling her public and private life), a large part of the narrative takes place against the social backdrop of a highly developed and supportive female network club. At the beginning of the film, upon becoming distracted by an anonymous man’s obscene voice message, Emmanuelle is knocked over by a pedestrian and rips her silk stockings. My muscles tightened reactively when this happened, as I saw this experience as one that resonates with many women. Even a tiny tear on a pair of silk stockings signifies something more than ruined material. It causes a small yet intimate form of frustration that is exclusively feminine—a visible crack on a projected image of perfection.

Fortunately, a kind passerby stops, empathizes with Emmanuelle, and blames the passerby for her carelessness. As unsophisticated as this scene may sound, my inner romantic was immediately touched by this moment when two strangers on a random intersection of their busy lives decided to slow down for a second and bond over the unexpectedly unfortunate trifles that life throws us.

In Marshall’s feminist narrative, the distinction between the “good” and the “evil” characters is coded by gender: while the sabotaging characters are predominately male, the female characters are sincere and supportive of the collective success of all women. I would not suggest that Marshall’s take on the film is a justified or realistic opinion. However, this perspective does coincide with the public’s burgeoning awareness of the power of female solidarity, the kind which has begun to emerge in the public eye with the #MeToo movement and the annual Women’s March.

In an online interview with the European Women’s Audiovisual Network, Marshall mentions that the idea of a close-knit female network club for a TV series was floated about six or seven years ago. However, no one would produce the project, as many French TV stations deemed the narrative focus on a feminist club commercially unappealing. As a film that is written, shot, and edited by women (and made for women), Number One emits a confident energy in the midst of society’s heated discussions of gender politics. There is no better time than now to create what audiences have long been missing—cinema that embraces a feminist utopia in which women see each other’s achievements as a collective success. However, according to Marshall, the film remains relatable to many female corporate executives, who related post screening that it accurately captures the verbal abuses and patronizing comments they experience in their professional lives. Although the French corporate world has yet to reform the reigning patriarchal system, Number One becomes a self-fulfilling prophecy of the power and beauty of women’s creative collaboration. Not only does Marshall inspire a new wave of feminist cinema with Number One, she also paves a path for more female filmmakers to create stories from their perspectives and experiences.

I can see how the film’s origin as a shelved TV project likely influenced the final product’s style. The fast-moving plot and dialogue-driven narrative, along with the many over-the-shoulder shots, often reminded me of my TV binge-watching experiences. However, to say the film is devoid of cinematic aesthetics would be unjustified. There is, for example, the lyrical ending that stands out for its tribute to François Truffaut’s 1959 film 400 Blows (Les quatre cents coups), a hallmark of French New Wave cinema. 400 Blows follows a teenage loner as he rebels against his oppressive school and family while failing to break free from the social institutions that continue to alienate and punish him. Number One’s narrative evokes a similar psychological depth that explores the impact of painful memories. From the film’s beginning, Emmanuelle exercises remarkable resilience and emotional discipline to deal with everything, from sexist insults to open threats of sabotage. As for facing one’s traumatic past, it just takes a bit of time to say to oneself, “I’m ready.”