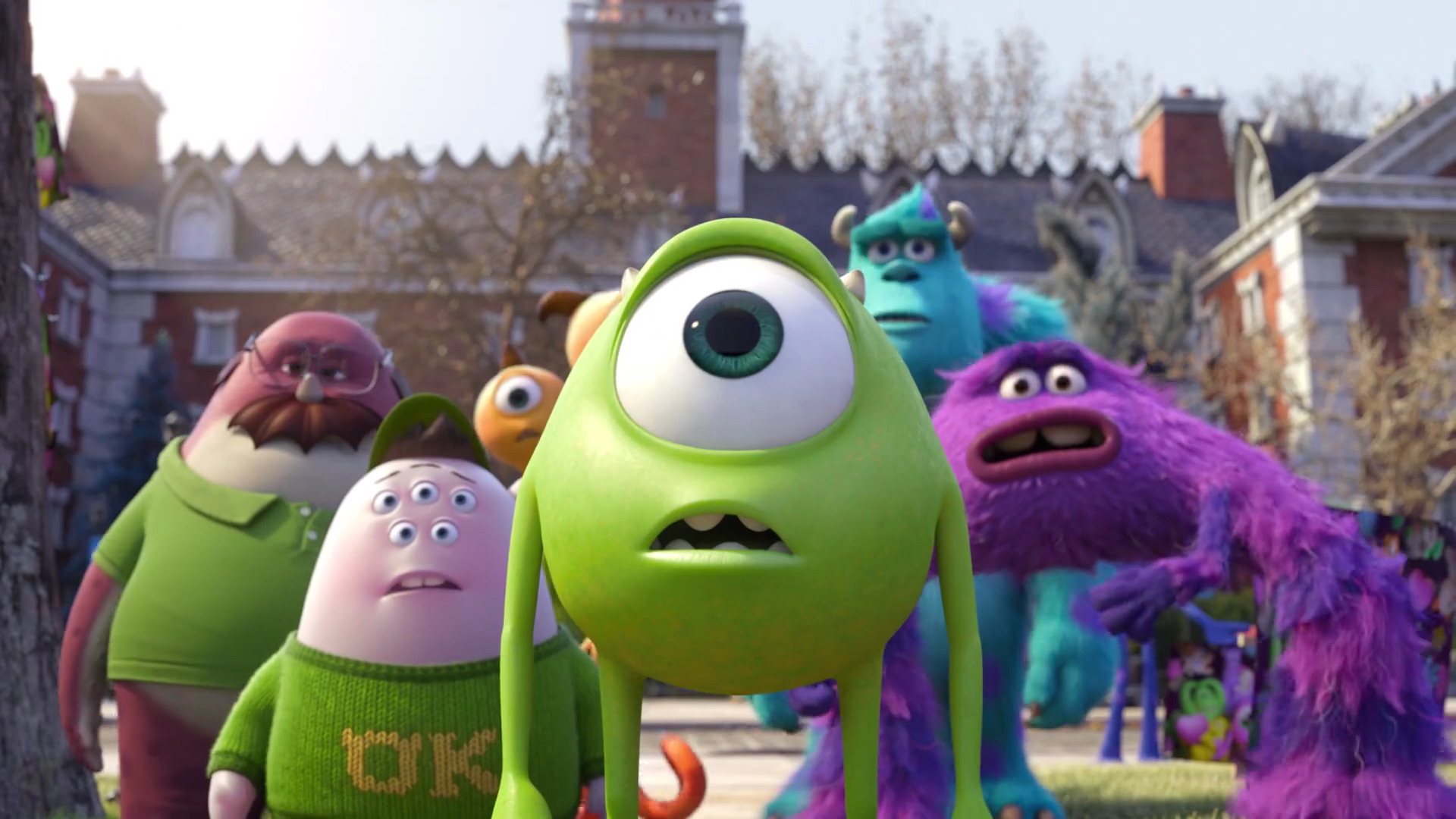 Sometimes you’ll try your best and yet still fail

Before landing my current job as a Development Assistant, I was turned down from numerous positions. Confident that I had given it my all during the application process, I wondered what I was doing wrong. Was I just not good enough? Fresh out of college, I wasn’t used to repeated rejections. As a student, doing my best would bring success, whether it was getting into my first-choice school or receiving good grades. With the final event of Monsters University’s1 Scare Games perfectly replicating my experience applying for jobs, the film resonates with me more as a recent graduate than when I first saw it as a college student.

Mike Wazowski (Billy Crystal), lives in a world inhabited by a plethora of monsters who range from towering giants to dwarf-sized creatures. With specialized doors, these monsters can enter the human world—usually through a bedroom—and scare children. The kids’ screams are stored in special canisters, which are then used to power the monsters’ world.

Eager to work for leading scare company Monsters, Inc., Mike applies and is accepted into his dream school, Monsters University. Upon arriving, Mike believes that his strong work ethic, extensive knowledge, and passion for scaring will allow him to succeed. Unfortunately, a series of unfortunate events leads to Dean Hardscrabble (Helen Mirren) throwing him an impossible pop quiz—and when he fails, she deems him unfit for MU’s scare program.

Determined to succeed nevertheless, Mike joins the frat house Oozma Kappa and enters the Scare Games, which, like the job application process, consists of several elimination rounds. Campus houses are pitted against each other in various scare-related challenges, and the last one standing is deemed the scariest on campus. Mike wagers with Hardscrabble that if he wins, she will have misjudged him and be forced to let him back into the program. Believing that Mike is foolish to think that he will win, the Dean accepts his offer.

With a suspenseful build-up and satisfying release in the last challenge, it seems as though Mike will win the Scare Games and prove to both Hardscrabble and himself that he can be scary. Taking place on the college’s football field, the challenge requires each team member to enter a simulation room, scare a practice dummy that is extremely difficult to frighten, and accumulate points for their team, based on how scary they were. Just before the event begins, Mike’s teammate James P. Sullivan, (John Goodman) or Sulley, for short, relinquishes the honor of going last to Mike—this benevolent gesture allows anticipation to build toward Mike’s big moment. Come Mike’s turn, the score is tied, and Oozma Kappa’s victory rests on him. Before attempting a scare, Mike uses the doubt raised by the Dean to build up his rage, which he channels into a game-winning roar. The warm lighting, cheers from the crowd, and most importantly, Hardscrabble’s look of surprise create the same sense of satisfaction that I’d feel after a successful job interview.

Monsters University could have ended there; but in a bold turn, Mike’s victory is hollowed. As he is about to leave the stadium, he discovers that the dummy is set off by the slightest noise. Sulley admits that he was worried that Mike would fail, so he had him go last in order to lower the simulator’s difficulty setting for him. Now more determined than ever to prove his critics wrong, Mike enters the human world via MU’s door lab, where doors to the human world are stored, but when he roars at a young girl, she finds his appearance funny, not frightening. The desaturated colors that contrast with the bright ones used in the monster world emphasize the despair that sweeps over Mike as he no longer believes in himself—a feeling I know all too well.

Sometimes you’ll try your best and yet still fail. Monsters University’s powerful moral encouraged me to keep applying to jobs until I landed my current position, where I have and continue to excel.