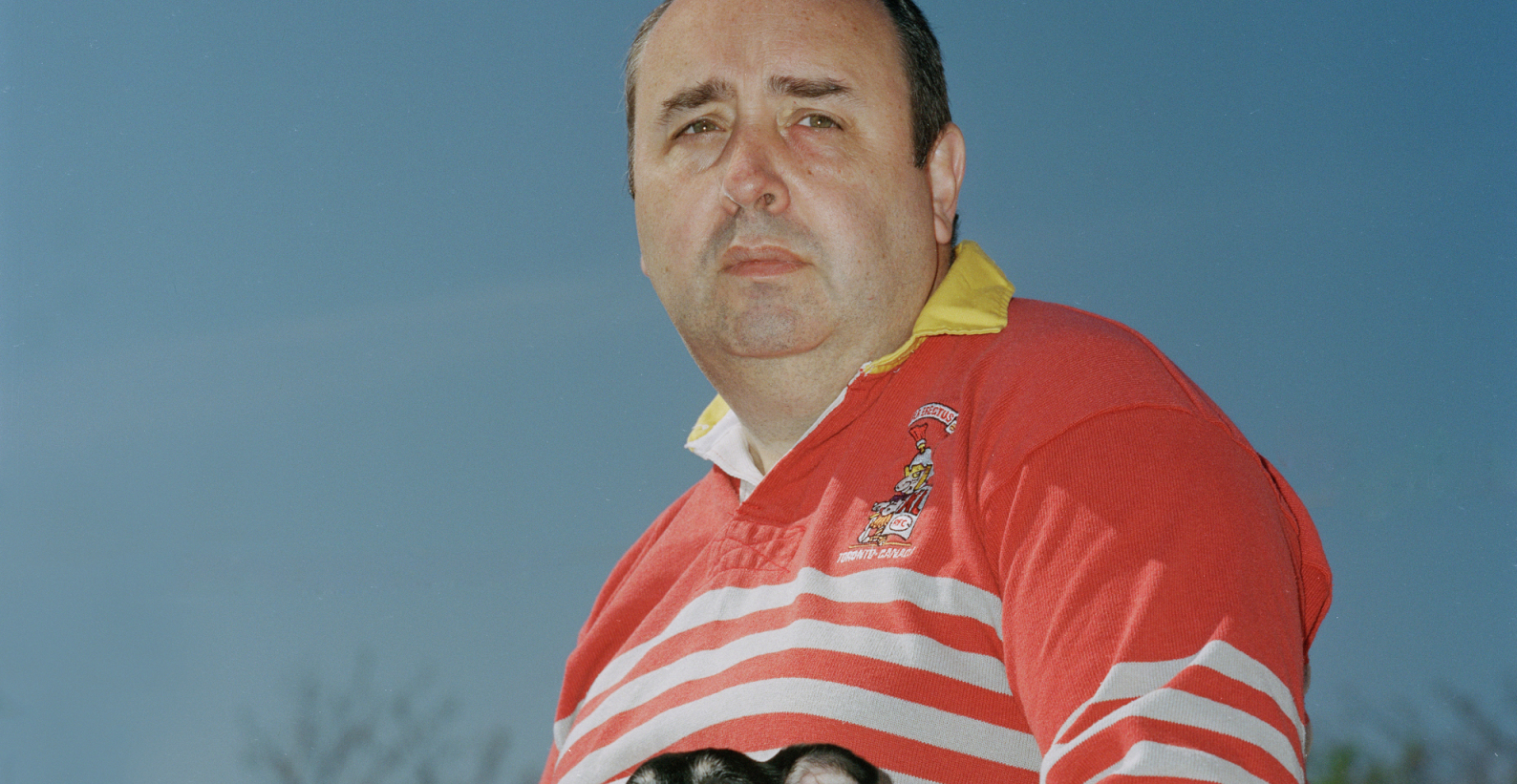 In his second feature film, writer-director Kazik Radwanski continues his exploration into the realm of hyperrealist cinema. Even though the eventfulness of How Heavy This Hammer is minimal, the raw qualities of the characters present an informative look into the psyche of a man in the midst of life.

How Heavy This Hammer follows Erwin (Erwin Van Cotthem), a self-indulgent middle-aged man who spends a majority of his time alternating between sleep and computer games. As Erwin continues to favor hobbies over family, he and his wife (Kate Ashley) grow increasingly resentful towards one another. Eventually, Erwin becomes fed up with his responsibilities and leaves home. Once Erwin is on his own, he lives as he pleases—even setting aside time to see his two children (Seth Kirsh, Andrew Latter) on occasion. However, as the realities of single life set in, Erwin starts to reconsider his situation and the family he abandoned.

Radwanski (Tower) has crafted a special film with an unconventional narrative. In the opening sequence, he not only introduces the main character, but he also establishes the film’s tone. By juxtaposing Erwin’s computer game hobbies with his Erwin’s son’s temper tantrum, Radwanski perfectly captures Erwin’s childish nature in a single moment. How Heavy This Hammer is a character study to the extreme, and although the dialogue is scarce, the thoughts and personalities of each character explored are clearly conveyed through their actions.

To create this piece of hyperrealist cinema, Radwanski and cinematographer Nikolay Michaylov (The Intestiner) utilized an atypical visual style. The exclusive use of close-ups forces the audience to observe the faces of the film’s characters and pay close attention to the actors’ facial expressions. By utilizing a handheld camera and constantly adjusting the camera’s focus, the images appear naturalistic rather than staged. The only difficulty with this style of images is the confined and claustrophobic space on screen—because locations are never fully explored, the world of the characters feels limited.

This style is further exhibited by the soundscape. For the most part, the sounds are diegetic and subdued. The only noticeable non-diegetic inclusions are made during Erwin’s gaming sessions. In these particular instances, the music volume is raised to overwhelm the soundscape as computer game images fill the screen. In these moments, the audience is taken out of the world previously established by the filmmaker and allowed to explore the character’s mind through his sight rather than his expressions. This shows Radwanski’s ability to manipulate sound and image to blend his preferred hyperrealist style with more traditional techniques.

Ultimately, the reason How Heavy This Hammer is able to so adequately convey the array of emotions explored in the film is because of its cast. This stems from Radwanski’s decision to use the actors’ names for their respective characters. By employing this infrequently used technique, the filmmaker was able to blend reality with art. So even though Erwin’s appearance doesn’t align with the typical Hollywood image, the genuine nature he exudes makes his portrayal of a generally unlikable character capable of garnering the audience’s sympathy.

Through Kazik Radwanski’s mastery of the hyperrealist cinema, it’s clear the writer-director’s Canadian heritage has impacted his work greatly. Even though this style of filmmaking may shy viewers away, How Heavy This Hammer is certainly worth a view, certainly for independent and foreign film enthusiasts.