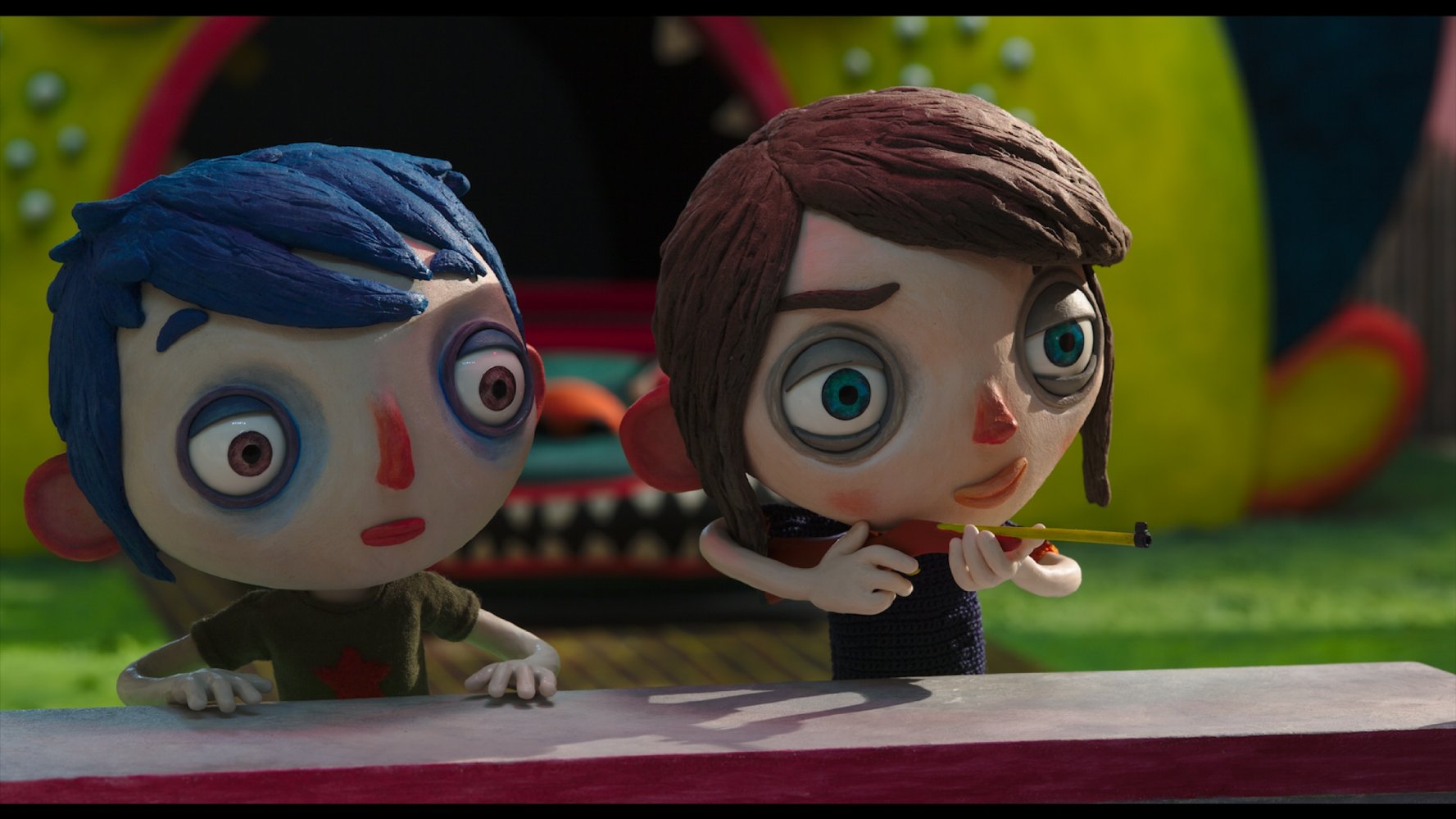 First-time feature director Claude Barras took the leap from shorts to the big screen in this French language film. Adapted from Gilles Paris’s novel, My Life as a Zucchini takes full advantage of the luxuries afforded to animated films and explores mature and often overlooked themes through a child’s lens.

The film follows 9-year-old Icare—nicknamed “Zucchini” by his mother—as he navigates a tumultuous home life. After Zucchini’s father runs away with another woman, his mother resorts to excessive drinking. To avoid his mother’s wrath, Zucchini often retreats to the attic, but not even a place of refuge can protect him from misfortunes. One evening, Zucchini disturbs his mother with a loud noise and accidentally knocks her unconscious when his mother climbs into the attic to investigate. Zucchini is then taken into custody and placed into foster care. Initially, Zucchini is the target of bullying, but everything changes when a new girl arrives at the home. Through his interactions with a police officer and the children of the foster care home, Zucchini comes to understand his place in the world as he discovers friendship, love, and a group of people to call family.

My Life as a Zucchini opens with a gorgeous sequence to introduce the main character and his current circumstances. As Zucchini sits and draws in the safety of the attic, the television blares from downstairs. When the young boy confronts the noise, he expertly avoids his mother. Without having the two characters exchange a single word, Barras is able to establish Zucchini’s troubled life of isolation—exposed by the mess of empty beer cans and a torn family photograph. These few images set the stage for this character’s life-altering journey.

A remarkable aspect of the film is the way it deals with explicit ideas—especially considering its target audience. As Zucchini learns about the other foster children at the home, the audience is presented with stories of suicide, murder, drug abuse, sexual abuse, adultery, and more. In any other circumstance, these ideas may be too graphic to share with children, but the way in which love and humor are utilized to combat pain and grief make this film accessible to people of all ages.

Another way the filmmakers introduced these ideas to broader audiences is through the animation. As a stop-motion animation, My Life as a Zucchini undoubtedly dealt with creative restrictions, but audiences would be hard-pressed to identify any struggles based on the end product. The figures are playful—featuring abnormally long limbs, vibrant colored hair and noses, and large, poignant eyes—and the sets are lively and detailed. These details supersede the potential language barrier and allow for viewers to understand each character’s story, regardless of their background.

Although the story of an orphan learning about life through living in a foster home isn’t entirely original, the endearing nature of the film brings a fresh viewpoint to the tale. The bully-turned-friend, the adult savior, and first love are all ideas explored in similar stories. Nevertheless, the way My Life as a Zucchini captures the mind of a child is unprecedented, especially given the nature of the conversations between these characters. Children are knowledgeable and emotional beings—even if their intelligence and comprehension are often underestimated—and this film fully realizes those complexities.

My Life as a Zucchini is a beautiful piece of cinema that justly deserves all the recognition it has received. Barras’s debut is playful in its animation and complex in the nature of its story, and, despite any uncomfortable questions children may ask their parents after watching the film, families should not be deterred from enjoying this cinematic experience together.