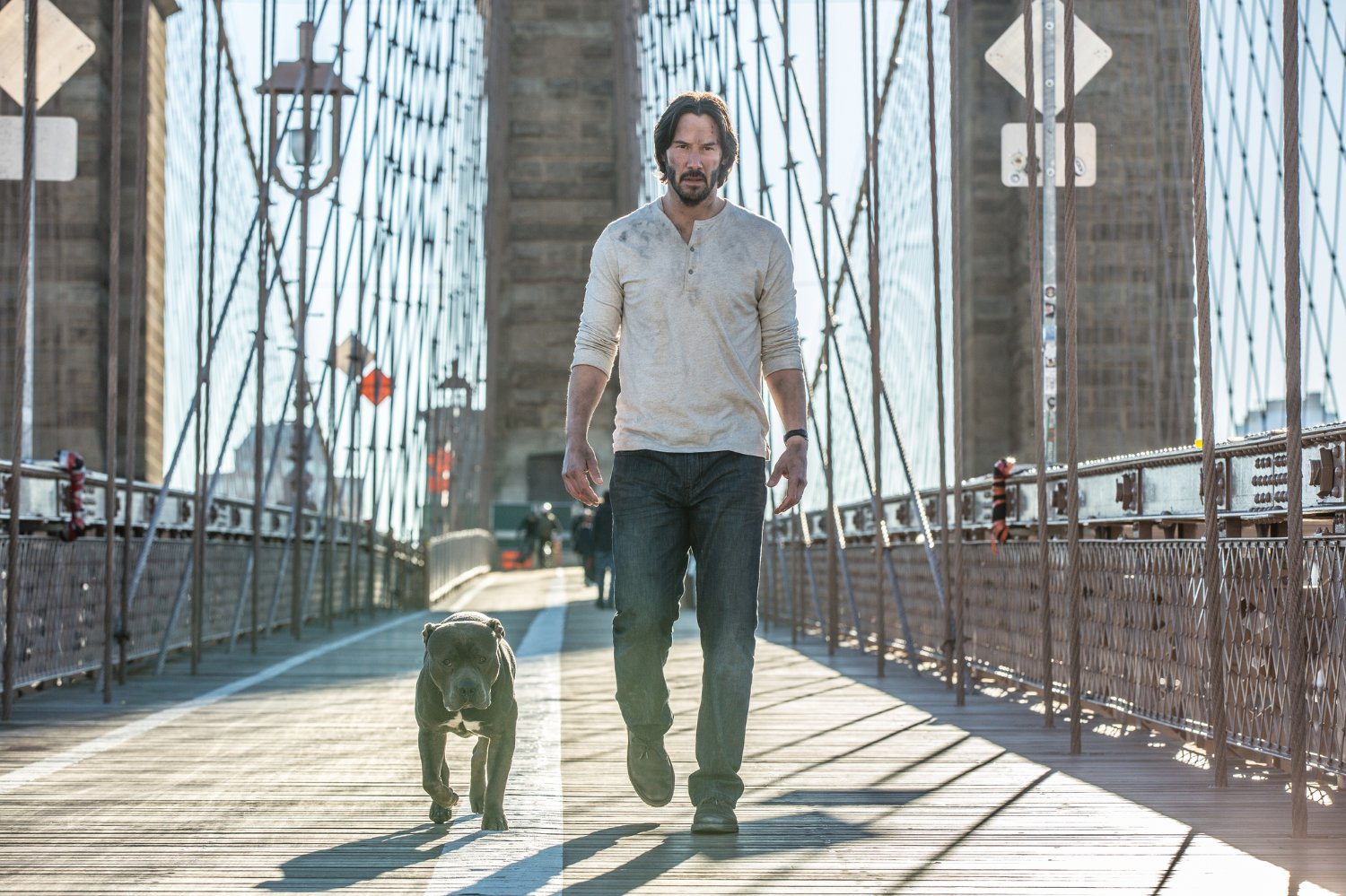 The Boogeyman is back, and he’s brought enough blood and weapons to supply a prop store. In this second chapter of the John Wick narrative, the notorious hitman encounters one obstacle after another as the thrilling adventure chooses violence over emotional connection.

John Wick: Chapter 2 begins shortly after the first chapter’s end. In a nod to its predecessor, this movie opens with Wick (Keanu Reeves) reclaiming his once stolen car. Then with the past behind him, Wick returns home a retired man. It’s not until he is visited by an old acquaintance, Santino D’Antonio (Riccardo Scamarcio), that Wick is forced to return to work. The target: Santino’s sister, Gianna (Claudia Gerini). After some resistance, Wick accepts and travels to Rome to carry out the task. When the job is completed, Santino attempts to kill Wick and tie up the loose ends. However, Wick is able to escape back to New York with a large price on his head and revenge in the air.

The first John Wick was a pleasant surprise. In the oversaturated market of superhero films, the original action movie that favored extensive stunts over digitized special effects shone bright. Although the second chapter drifts from the small scale appeal of the first installment, John Wick: Chapter 2 certainly lives up to the expectations established by its predecessor. In this movie, the world of hitmen is greatly expanded, and the action shifts from predominantly hand-to-hand combat to large firefights. After showing car crashes in its opening scene, the story moves to a different continent and a European bloodbath ensues. Surprisingly, the movie was held back by its lackluster special effects. For an action movie of such high quality, the blood splatter and gunshots seemed rather low budget.

The highlight of John Wick: Chapter 2 is the stunt work, which is heightened by the music. The fight choreography is so precise that each sequence resembles a dance. With their extensive background in action movies, Reeves’s and director Chad Stahelski’s preparation and attention to detail is evident. As the beautiful fight sequences unfold on screen, a rhythmic soundscape explodes in the background: the combination of audio from the gun shots, punches, and bones breaking balances perfectly with the visuals of the choreography.

The film’s cast forms a worthy ensemble. Reeves (47 Ronin) commands the screen with few words and powerful actions, and his ability to deliver a line as precisely as a punch makes him perfect in this role. The return of cast members Ian McShane (The Hollow Point) and John Leguizamo (Sisters) also helps re-establish the John Wick world. While McShane’s role expands slightly, allowing the actor to build his character’s power and presence in the story, Leguizamo offers his routine comedic relief. Similarly, the addition of new actors—Common (Suicide Squad) and Ruby Rose (Orange Is the New Black)—gives the franchise a few more distinct personalities. Each of these actors is able to not only match Reeves in combat, but also draw humor during the brief breaks from action. Conversely, Laurence Fishburne’s (Passengers) minor role is forgettable once one’s nostalgia of The Matrix reunion wears off. By far, the most impressive member of the cast is Claudia Gerini (Getaway of Love) as Wick’s target, Gianna D’Antonio. In her limited screen time, she is able to develop complex emotions based solely on her presence. All in all, the actors enhance the entertainment of the movie.

Continuing the style of its predecessor, John Wick: Chapter 2 creatively implements subtitles and flashbacks and makes the film resemble a graphic novel. With several different languages spoken, the use of subtitles is justified. However, the choice of bold and colored texts is what separates these subtitles from ordinary ones. Similarly, the flashbacks at the beginning of the movie are highly stylized. Instead of seamlessly blending the flashbacks with the present, these images are highlighted to showcase their difference.

John Wick: Chapter 2 is a movie of violence and amusement. Even though character development has taken a backseat to gun fights, audiences can sit back and be entertained with a bag of popcorn in one hand and a large soda in the other. For lovers of the first John Wick, this movie is a must-see. For those who don’t know who John Wick is, it’s about time they find out.