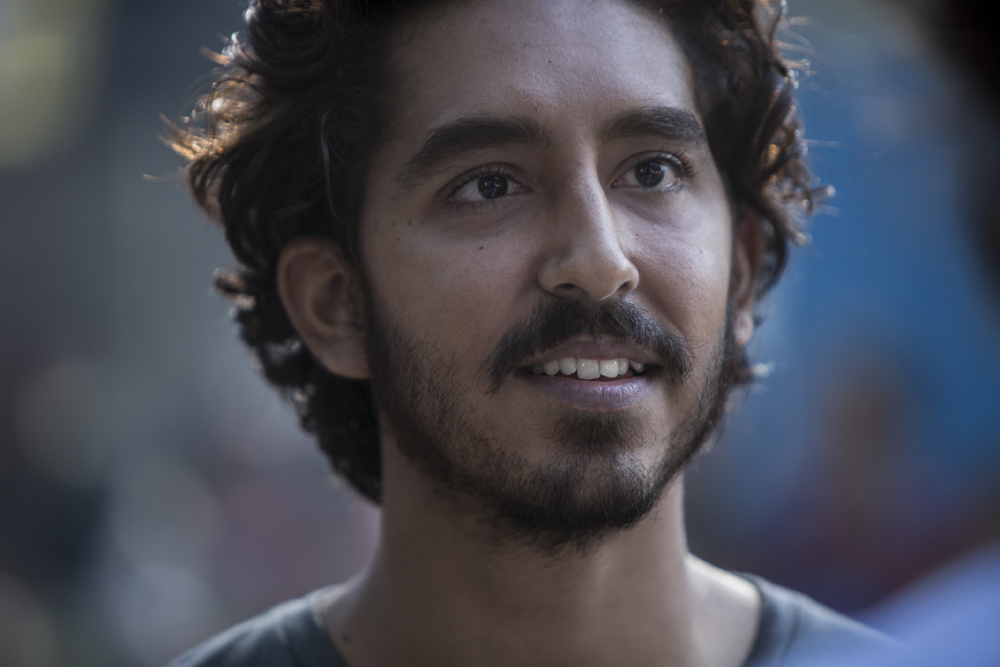 The real-life journey depicted in Garth Davis’s directorial debut is the framework for an incredible feat in filmmaking. Not only was the lead a first-time actor at the age of 8, but there was also a language barrier between the director and actor. Even with these challenges, the cast and crew of Lion joined together to produce a powerful portrayal of actual events.

Lion tells the story of 5-year-old Saroo (Sunny Pawar), a boy from the slums of India. One evening, Saroo and his older brother, Guddu (Abhishek Bharate), venture to a nearby train station in search of food and supplies for their family. As the evening wears on, the two boys are separated. When morning comes, Saroo awakes aboard a moving train, but Guddu is nowhere to be found. Days pass before the train finally stops in Calcutta—miles and miles away from Saroo’s home. With his inability to speak the Bengali language, Saroo is forced to live on the streets in isolation. It’s not until he is taken into custody that Saroo is given a new home through adoption. Over twenty years later, Saroo (Dev Patel) lives in Australia with his adoptive parents (Nicole Kidman and David Wenham) and adopted brother (Divian Ladwa). Even though the thoughts of his birth family never fade, Saroo only begins to search for his blood relatives when classmates suggest the use of Google Earth. After months spent examining maps and train stations, Saroo finally locates his village and returns to India, hopeful to reunite with his family.

This film is broken into two halves. The first half explores Saroo’s childhood in India and brief moments in Australia following his adoption, while the second half dives into Saroo’s adulthood and search for his blood relatives. Although the linear narrative of Lion presents the story in its purest form, the structure greatly hinders the film. Typically, Saroo’s search would have served as the ground layer of the story, while his childhood would be incorporated as flashbacks. By utilizing the linear structure, the second half of the film falls flat. Even though Saroo’s ability to locate his old village with the use of Google Earth is impressive, nothing can compare to the survival of a young boy on the streets. Due to this distinct division of the narrative, certain elements of the film drag on and slow the pace. However, despite this glaring flaw, Lion is still able to develop an effective emotional arc.

The most impressive aspect of Lion is the acting, especially the performance of Sunny Pawar. Even with memorable performances from Oscar-nominated actors Rooney Mara (Carol), Dev Patel (Chappie), and Oscar winner Nicole Kidman (Secret in Their Eyes), the first-time actor makes the greatest impression. When the film follows Saroo through childhood, Sunny controls the screen. His smile is charming. His eyes are expressive. And his presence is remarkable. An enormous amount of credit should be given to first-time feature director Garth Davis for his work with Sunny. Neither a lack of experience nor a language barrier could get in the way of this brilliant collaboration. As the story then progresses into Saroo’s adulthood, the well-seasoned actors are given a chance to show off their abilities. Dev Patel successfully carries Sunny’s performance into Saroo’s twenties and displays raw rage, fear, frustration, and love. Additionally, Kidman and Mara provide strong support throughout Saroo’s journey. Mara matches Patel with her passion and energy, while Kidman’s interactions with both Patel and Pawar draw deep emotional connections between mother and son. The efforts of the casting director to discover a new face and assemble a cast of household names should also be noted as a significant accomplishment.

In addition to the performances of the cast, Lion boasts beautiful cinematography and music. Cinematographer Greig Fraser (Rogue One: A Star Wars Story) uses wide landscapes to simultaneously display the vastness of the space and Saroo’s isolation. Similarly, the use of close-ups—primarily during flashbacks—effectively explores the images imprinted in Saroo’s mind. The compositions Fraser captures are gorgeous and meaningful, which strongly supports his recent American Society of Cinematographers award. In conjunction with these powerful images is a score that creates a compelling visceral experience. The string score during the scenes of Saroo’s childhood pulls at one’s heart, while the piano score almost seems to serve as a guiding influence during Saroo’s search as an adult. It’s the combination of these elements that will leave a lasting impression on viewers.

Real-life stories as incredible as Saroo Brierley’s don’t always translate well to the big screen, but Davis’s direction pushes what could be construed as an unbelievable tale into a remarkable and entrancing journey. For this reason, Lion is the heartwarming film that audiences from around the globe should go to see.