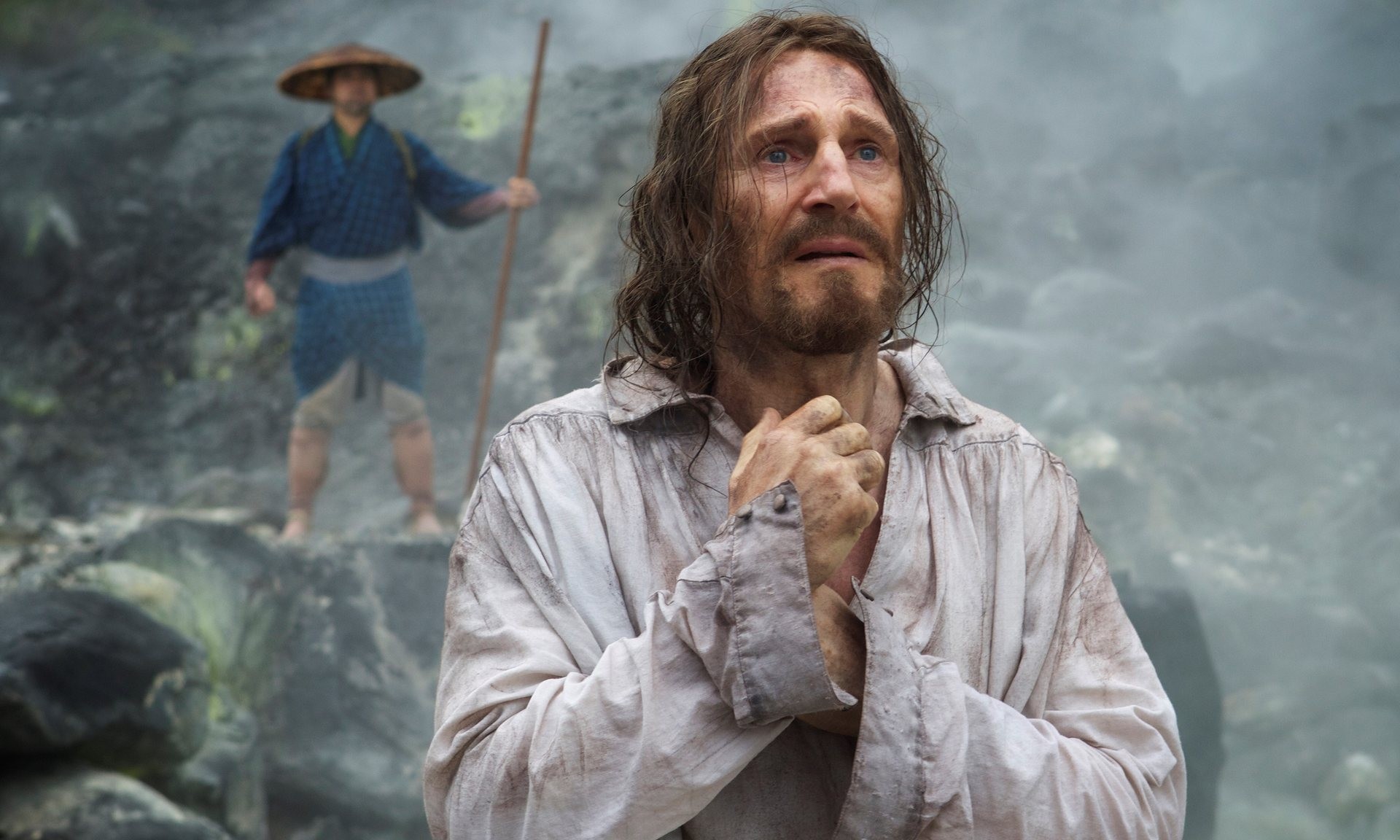 Quiet but not Silent

Silence, the newest addition to acclaimed director Martin Scorsese’s collection, departs from the filmmaker’s usual work, yet it stands as an accomplishment of epic proportions beside the rest. Based off of Shūsaku Endō’s book of the same name, Silence was adapted into a screenplay by Scorsese (The Wolf of Wall Street) and Jay Cocks (Gangs of New York) decades ago, but it faced delays in production primarily due to budgeting problems. After the completion of several other films, Scorsese finally returned to his passion project.

Silence tells the story of two European priests, Father Rodrigues (Andrew Garfield) and Father Garupe (Adam Driver), during the 1600s. One day, the priests are presented with a letter written by their mentor, Father Ferreira (Liam Neeson), several years prior. In the letter, Father Ferreira describes the horrors he faced on his mission to spread Christianity. Despite conflicting theories about Ferreira—and the passage of time since the letter was written—Rodrigues and Garupe decide to set sail for Japan to save their teacher. With the assistance of a banished Japanese native, Kichijiro (Yôsuke Kubozuka), the priests find shelter in isolated villages that practice Christianity in secret. However, the mission is eventually met with danger when Japanese officials scour the land, forcing Rodrigues and Garupe to separate. During the escape, Rodrigues is captured and pressured to renounce Christianity. As both new and familiar faces weave in and out of Rodrigues’ life of containment, questions of faith arise.

The film addresses many important topics, such as religion, nationality, and allegiance; although it is set nearly 500 years in the past, the story depicts areas of debate that remain prevalent in today’s society. Totaling nearly three hours in length—as many Scorsese films do—Silence requires patience from its viewers. There are stagnant and uneventful moments in regards to plot; however, these moments are necessary for the transformation Father Rodrigues undergoes over the course of the film. To honestly portray his substantial character arc, nearly every second of the film is required. The only exception was in the film’s final moments, when Scorsese’s use of a definitive image denied the audience’s ability to draw individual conclusions. Ultimately, it seemed an ambiguous ending would have better served the material. Otherwise, this is a beautiful story of internal conflict and existential crisis that is developed with the use of very little spoken dialogue. The initial spark Scorsese found in the source material transcends through the screen to audiences, purely on the basis of his care for and handling of the work.

To properly convey the significant character arc explored in Silence, Scorsese relied heavily on the strength of his actors. Liam Neeson’s (A Monster Calls, Taken) scenes, although limited, are highlighted by a rarely seen, timid side of the actor. Meanwhile, Adam Driver’s (Paterson, Star Wars: The Force Awakens) physical transformation showcases the juxtaposition between his character’s strength of mind and frailty of body. A hidden gem of the film is found in the shining performance of Yôsuke Kubozuka (Deadman, Inferno) as the fearful, self-serving native who is able to draw the audience’s sympathy despite his inability to correct his own mistakes. Moreover, Andrew Garfield’s (Hacksaw Ridge, The Amazing Spider-Man) carefully controlled emotions—which are conveyed only through his eyes—demonstrate the range of his abilities as an actor. These moments, in conjunction with those of despair, pain, and conflict, properly provide a means for Garfield’s character’s change to occur.

The film’s authenticity hinges on its costumes, props, set design, and location scouting; therefore, the attention to detail placed on the portrayal of the people and cultures explored in the film cannot be understated. The combined effort of these particular departments allows for an immersion into the woods of early 17th century Japan, even though the film was shot in 21st century Taiwan. The camera and music departments are also integral to the film’s legitimacy. The cinematography, captured by Rodrigo Prieto (The Wolf of Wall Street, Argo), includes simple but striking composition; it properly mixes in wide shots to showcase the land and the fog that covers the area. Meanwhile, the decision to include and isolate the natural soundscape and diegetic sounds in favor of a traditional score helps to maintain the atmosphere.

In terms of creative decisions, the execution of the voice-overs and flashbacks are exceptional. A staple of Scorsese films, voice-overs are introduced immediately as Silence opens with images of Neeson in conjunction with his narration. This scene is then revealed to be a flashback incited by the reading of a letter. By introducing the film in this way, Scorsese sets a precedent for voice-over through the written word, which allows for the voice-overs to then blend into internal thoughts. This same scene lays the groundwork for flashbacks within the film. The flashbacks are presented as silent flashes, as opposed to entire scenes. By utilizing flashbacks in this manner, Scorsese intensifies the emotions of the characters as they relive past events. Both of these elements drive the film forward and help to build deeper connections between the viewers and the characters without relying on manipulation.

Filmmaking is a long, arduous process that is only made bearable by the filmmaker’s connection to the project. With Martin Scorsese’s passion for Shūsaku Endō’s novel, his vision materialized in a way not recently seen in the world of cinema. Although the film’s runtime may deter some viewers, the themes and characters explored through Silence make it an experience that should not be missed.