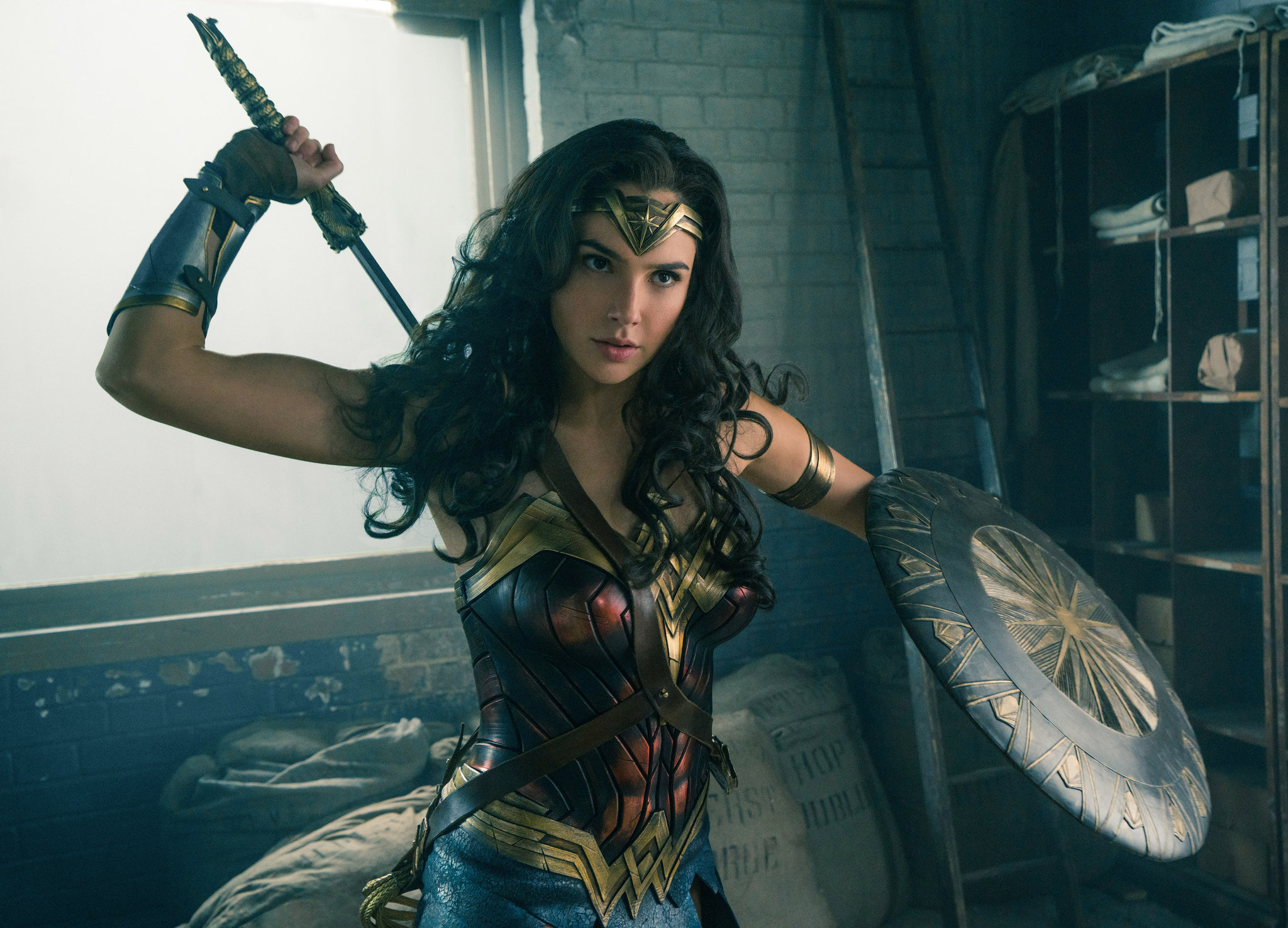 Wonder Woman: Who Exactly Are You Trying to Empower?

Wonder Woman was the superhero movie of female empowerment that I had been waiting for since I saw Superman when I was six. Superman made me wonder why I couldn’t be the one in the cape, soaring through alien-infested skies to save tomorrow, or why I was relegated to the role of the hysterical girlfriend fumbling around for her savior. When I found out a modern adaptation of the origin story of the one and only Diana Prince was to be released, I refused to be anything but first in line to see it, and dragged my family to the local theater.

Afterwards, women of all ages walking out of the movie, from little girls dressed up in costume to my own mother, had their wrists crossed in an “X,” beaming as they imitated Wonder Woman’s signature stance of power. I couldn’t help smiling, either. If this was how every little boy felt walking out of the theater after watching the latest Batman remake, no wonder superheroes had always been considered a “boy thing.” It was made for them.

As a cinematic spectacle, Wonder Woman was, well, wonderful. Perhaps the most remarkable scene of all, though, was that of “No Man’s Land.” Unable to tolerate further inaction in the Allied trench, Diana bursts onto the barren, bullet and bomb-riddled battlefield with nothing but her Amazonian armor and shield. Diana’s fight sequences were choreographed beautifully, her movements graceful but backed by raw strength. And the heroine quite literally shone in her ruby and gold armor against the sullen, smoky blue-gray backdrop. Propelled by a score of unbridled determination by Rupert Gregson-Williams and masterful cinematography on the part of Patty Jenkins and Matthew Jensen, the scene embodies the definition of an instant classic.

My only wish was for every scene in the film to be instilled with the same sense of triumph.

This past year, amidst the chaos of quarantines and online school, I decided to watch Wonder Woman once again, anxious to relive the movie I’d found so much comfort in before. But I quickly realized I’d been tricked: Wonder Woman was simply another action movie littered with the same sexist tropes Hollywood has been using for decades. Except this time, they plastered a woman in shiny battle armor on the poster to distract audiences from realizing what they were truly seeing.

On the film’s broadest level, Wonder Woman already pales in comparison to the films of her male counterparts. Take Man of Steel, for example, a Superman film. In the movie, Superman is tasked with preventing the invasion of an alien military force and the subsequent destruction of humanity. Wonder Woman must fight a single antagonist, Ares, and prevent the takeoff of a plane—at risk of said plane gassing a small city. Terrible, certainly. But it’s not Superman’s battle against Armageddon. Even worse, the heroine cannot complete her quest. She requires the aid of her love interest, Steve Trevor, who ends up dying.

Once again, a female character desperate for her (male) savior.

While Superman can save the day single-handedly and run off into the sunset with Lois Lane, Wonder Woman struggles to overcome her task alone and is forced to watch the love of her life die in a fiery ball of flames. Diana is left alone and grieving in a world she doesn’t know.

Furthermore, the origins of Diana’s power is questionable, as well. Superman famously gets his powers from the radiation of the Earth’s yellow sun, and his enhanced Kryptonian genetics lend themselves to remarkable abilities. In other words, Superman’s power comes from within himself. Wonder Woman, on the other hand, was given her power. Her father, Zeus, bestowed her with god-like powers when she was an infant. Granted, if it weren’t for years of training with the Amazons to hone her abilities, the gift would mean little. Nevertheless, without the presence of Zeus, a man, there would be no story of Wonder Woman.

Male and female superheroes inherently exist on entirely different playing fields. Their conflicts, arcs, and endings simply aren’t equivalent. Diana Prince is quite literally a goddess, and her power is virtually limitless. I believe it was a conscious choice on the part of the film to repress her abilities so severely.

But the image of a goddess is a double-edged sword. A goddess has two prominent connotations: that of power and that of beauty. Not to say that the two are mutually exclusive, but the film leaned more heavily to one side of the scale than on the other. Throughout the film, the first thing other characters (especially men) commented on when meeting Diana, referred to her ethereal beauty. This would be fine (the men’s insensitivity could easily be attributed to the film’s time period) if Diana had spoken up in her own defense instead of flashing a sultry smile. Diana comes from Themyscira, an island of exclusively women warriors, and a place where women are appreciated for their skill and strength. As an Amazon, Diana should have said something to combat their superficiality. But she didn’t, so the film’s dialogue only enforced the idea that women are viewed as objects of adoration first.

That being said, unlike me, most movie-goers only saw the film once, and therefore were likely left only with an impression of female empowerment. And I don’t mean to take away the triumph that so many women and girls felt walking out of the theater. That’s a moment every woman deserves and has the right to cherish. I know I do.

I no longer believe that Wonder Woman is my film, or that it was made for me. I want to have the same sense of pride I did in this film when I first saw it in the theater, but the magic is gone. I’m still waiting for my six year old self to see herself on screen, as the hero of her own story.

But I’m glad I’m able to see the film’s true colors. It means that Hollywood isn’t nearly as progressive as it’s trying to make us believe. As an audience, we must be wary about how much praise we give films with minority leads. Yes, diversity in casting is important, but content is vital, as well. A minority lead isn’t worth much if they’re placed in a sea of typecasts and stereotypes—and Wonder Woman exemplifies this idea perfectly.

Diana Prince, while immensely powerful and completely capable—arguably more so than any of the heroes DC has brought to the screen thus far—was placed in an environment that stifled her abilities as a character, but also as a symbol of feminist empowerment.

We can’t afford to be blinded by the mere existence of minority leads. Otherwise, Hollywood will get away with the same stereotypes they’ve been using for years.

Simone Chaney is currently a senior in high school at Interlochen Arts Academy, enrolled in the school’s creative writing program. She is from Marshfield, Wisconsin where she lives with her parents, younger sister and hairless cat. Simone became interested in film and film critique at a young age, when she saw The Avengers for the first time. Some of her favorite films are The Trial of the Chicago 7, Black Panther, and Wall-E.