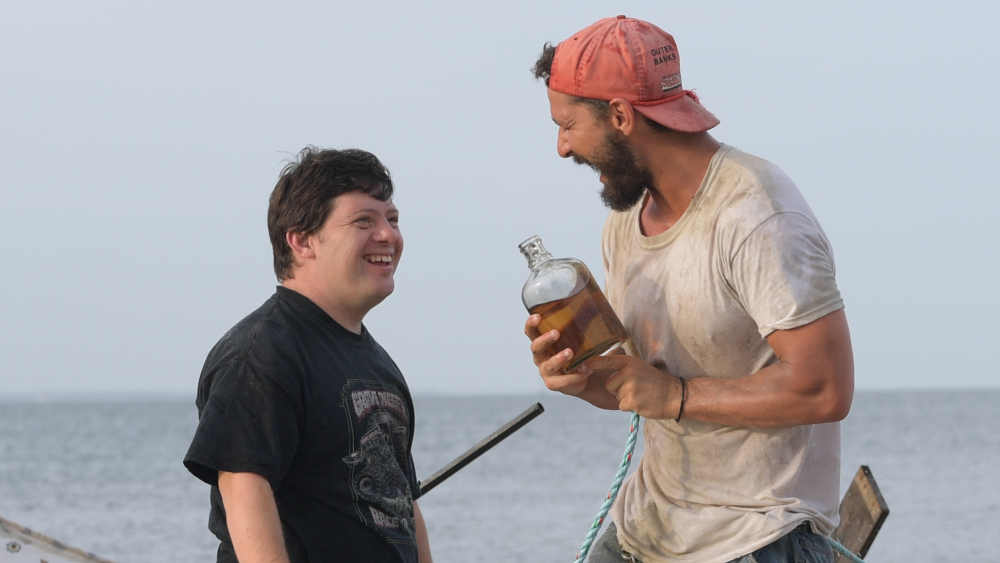 The Peanut Butter Falcon: Overcoming Adversity In Front of and Behind the Camera

Actors with Down syndrome usually don’t get the leading role in a film, but that didn’t discourage 34-year-old Zack Gottsagen. Having formed a strong relationship with writing-directing duo Tyler Nilson and Michael Schwartz at an acting camp, Zack expressed his eagerness to star in a feature film. Believing that all actors should have the same opportunities, Tyler and Michael made The Peanut Butter Falcon and cast Zack as the lead.

The film follows Zak (Zack Gottsagen), a young man in Virginia with Down syndrome. With special needs services not readily available in Zak’s area, the state places him in a crude nursing home. Determined to pursue his dream of becoming a wrestler, Zak escapes to train with his hero Clint, a.k.a. The Salt-Water Redneck (Thomas Haden Church), who claims to have a wrestling school in North Carolina. Along the way, Zak is joined by another runaway named Tyler (Shia LaBeouf). Over the course of their journey, the two form a strong bond as Tyler teaches Zak how to swim, fish, and hold his own in a fight. Eventually, they are discovered by Eleanor (Dakota Johnson), an employee at Zak’s nursing home, who after some convincing, agrees to let Zak see Salt-Water.

The filmmakers wisely turned down financial offers to replace Zack with a recognizable star. No other actor could have brought the same resolve to the role that Zack did. The immense energy that Zack brings to his character, demonstrated in his unbothered, enthusiastic responses to Eleanor’s concerns about him wrestling, likely draws from personal experience.

Zak’s Down syndrome is thankfully not dramatized. Instead of being naïve, his character is merely inexperienced in certain areas. When Tyler is fleeing from his vengeful pursuers, he steals a motorboat and covers Zak’s mouth to keep him quiet. Suspense could’ve easily come from Tyler’s efforts to silence Zak due to his inability to grasp the gravity of the situation. Instead, tension is drawn from Zak attempting not to vomit, as he’s clearly not used to being on a boat. Along with making Zak more relatable, his seasickness demonstrates that while he has his weaknesses, they are the result of being sheltered by people like Eleanor.

The Peanut Butter Falcon goes beyond being an inspirational story about achieving one’s goals. Through the character of Eleanor, the film shows that even with good intentions, overprotecting those with learning differences can be just as hurtful as insulting them. As Tyler explains to her, “You might not be saying the word ‘retard’… but you’re damn sure making [Zak] feel retarded!” It’s an eye-opening scene that reveals how actions can speak louder than words.

While The Peanut Butter Falcon may have been conceived as a wish fulfillment for Zack, the end result turned out to be much more than that. Both on and off screen, the film not only shows that anyone can accomplish anything but advocates that anyone should be allowed to accomplish anything. Hopefully, The Peanut Butter Falcon will not only inspire other actors with learning differences to strive for leading roles, but encourage more filmmakers to give them opportunities as well.