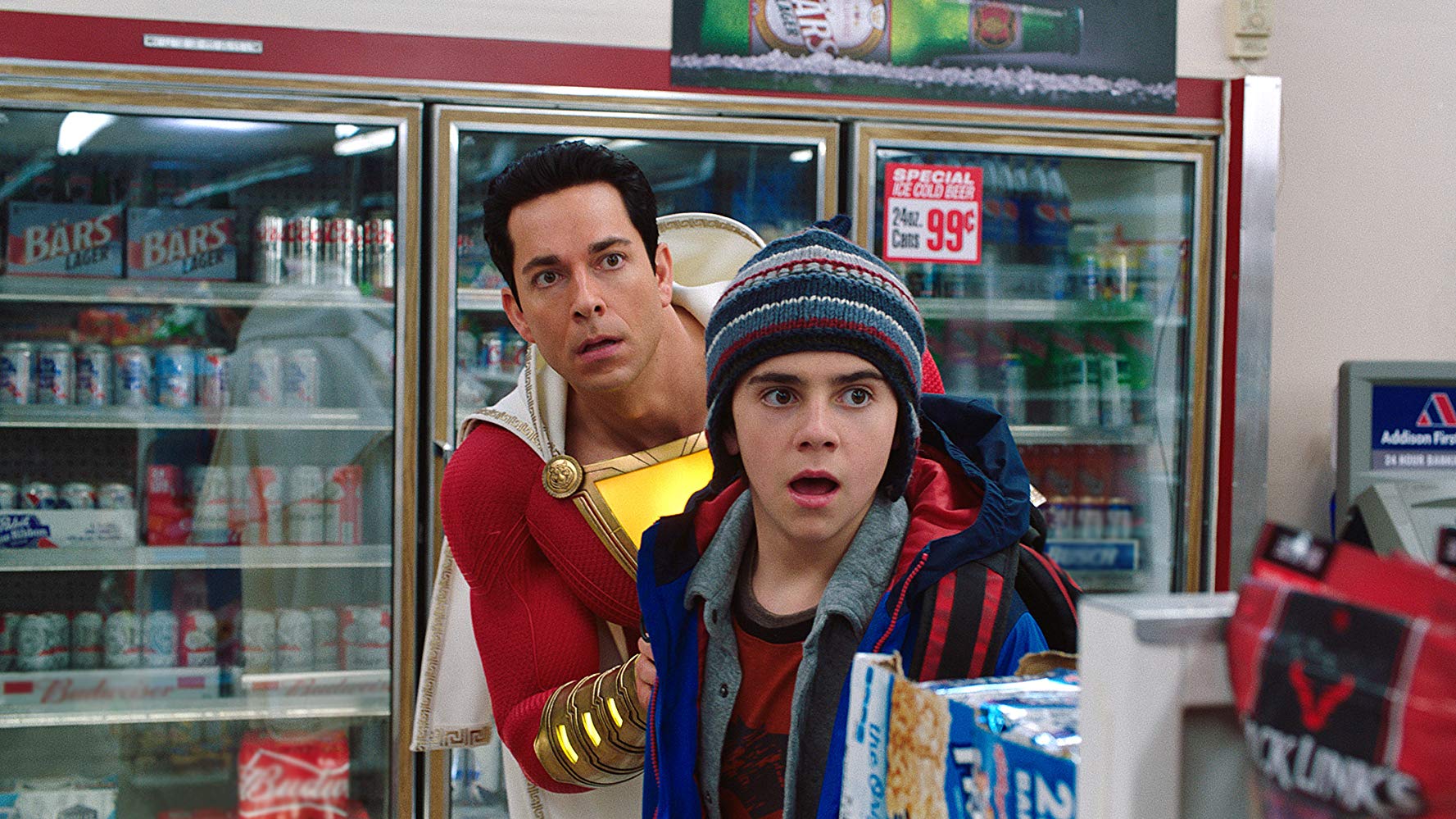 DC Looks on the Bright Side with Shazam!

For years, Warner Brothers’ DC has struggled to compete with the success of its rival, Disney’s Marvel. Following the success of Marvel’s cinematic universe, which established a continuous narrative by using the same characters in each film, DC attempted to do the same with superhero-filled films such as Batman v Superman: Dawn of Justice and Justice League. Ultimately, these films felt like flawed, pale imitations of Marvel’s own output. However, with the release of Aquaman last year and Shazam! this year, DC finally seems to be coming into its own—it adopts its own style, rather than copying Marvel. Its newest film, Shazam!, is a bright, charming, and generally fresh take on the superhero movie.

Shazam himself is a bit of a convoluted character, so some explanation is warranted before we dive into the film. Shazam is actually Billy Batson, a teenager who is granted superpowers by a wizard. The character originated in the 1940s under the name Captain Marvel, but in the years since his creation, the character changed rights holders from Fawcett Publications to DC Comics and ran into a trademark dispute with Marvel Comics, who had created a character named Captain Marvel (the basis for the eponymous character of the Brie Larson film, Captain Marvel) during Shazam’s absence from publication in the 1960s. Nowadays, the character goes by the moniker “Shazam”, which is also the word that Billy utters to transform into his superpowered alter ego.

Confused yet? The movie manages to skirt around the complications surrounding Shazam’s superhero title by never directly referring to him by name. Instead, Batson and his foster brother, Freddie Freeman, use a variety of silly monikers such as “Captain Sparklefingers” and “Zap-tain America” because they cannot decide what to call Batson’s superhero persona.

The film follows standard superhero origin story structure. Billy Batson is granted powers in the first act, figures out his powers and battles a supervillain in the second act, then goes back to fight the villain once more in the third act. Despite its routine narrative construction, Shazam! manages to stand out as a unique superhero film due to its sense of humor and a solid emotional core.

Shazam!’s great sense of humor is bolstered by Zachary Levi’s performance as the titular heroic alter ego. Levi perfectly captures the mannerisms and childlike wonder of a teenage boy granted a musclebound adult superhero form. The movie often feels reminiscent of the 1988 Tom Hanks film, Big, which features a similar story of a teenage boy magically transplanted into an adult body. Shazam! even goes as far as to reference the iconic floor-piano scene from Big when Shazam battles his nemesis in a toy store. The comedic setup of “kid transplanted into an adult’s body” is a familiar one, but it works well here. Levi and Asher Angel (who plays Billy Batson) have great chemistry with Jack Dylan Grazer, who plays Batson’s sarcastic superhero-nut foster brother, Freddy Freeman.

Beyond the film’s great sense of humor, there’s a compelling story about family bonds. Billy spends part of the film searching for his birth mother, who he was accidentally separated from as a toddler. He is assigned to a foster family at the beginning of the film, and although he bonds with Freddy, he is reluctant to embrace his new family. However, when he discovers that he was actually intentionally abandoned by his teenage mother, Billy comes to realize that the bond with the family we choose can actually be stronger than the one with the family we are given. To me, this message felt unusually profound for a film in the superhero genre.

Not only does Shazam! deliver a poignant story about family, it also delivers on the expected action sequences. It offers all the whizbang computer generated spectacle that is a staple of the genre, but with the comic twist of a dorky teenager in the body of a hulking superhuman. The film’s climactic battle takes a page from the current iterations of the Shazam comic books, which adds a further degree of interest to otherwise routine proceedings. In the movie, as in the comics, Billy realizes that the wizard who granted him his Shazam powers also wanted Billy to share his powers with others to help protect the world. Thus, Billy shares his powers with the rest of his foster siblings, leading to a color-coded team of superheroes doing the third act fighting instead of the usual one-on-one battle. Billy’s creation of his own team of superpowered foster siblings cements the film’s thematic focus on family.

Shazam! also stands out from past DC films for its colorful visuals. Previous DC superhero movies sported dark, muted color palettes. Those who maligned earlier DC films for their drab appearance will no doubt be pleased with the vibrancy on display in this film. Shazam’s bright red-and-gold costume feels ripped straight from the pages of a comic book, and his team of foster siblings are equally vivid. Even locations that might normally be presented with bland colors are given a visually pleasing polish. The school Billy attends, and in particular, the cafeteria, is rendered in eye-catching pastels, reminiscent of the colors seen in the mental hospital of M. Night Shyamalan’s Glass, a superhero hit that was released earlier this year.

Although Shazam! is nothing revolutionary to the superhero genre, it’s an incredibly fun dose of blockbuster entertainment. Not only is the film is hilarious, brightly colored, and full of pep, it also boasts a wonderful performance from Zachary Levi. Shazam! may not win any new converts to the superhero genre, but it’s a welcome change of pace for superhero fans who feel exhausted by years of identikit superhero films.