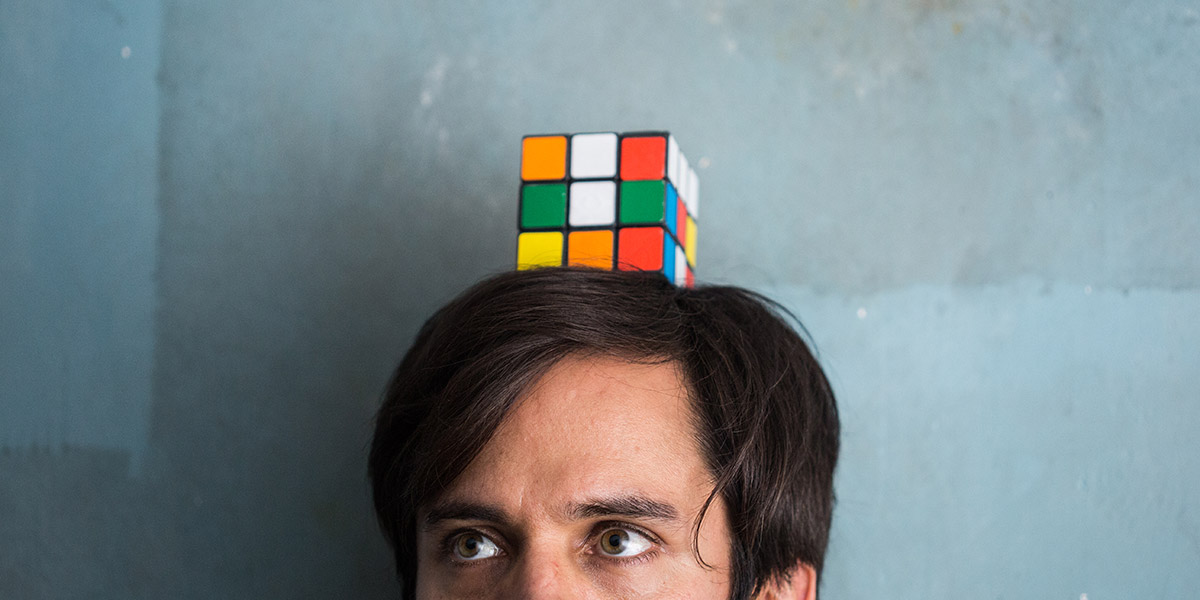 On the run with art history

How do you look at Mexican art history when you’re about to steal it?

In Museo, the latest work from rising director Alonso Ruizpalacios, objects are put in the hands of the people, but they are uncertain and directionless hands. Ruizpalacios documents the 1985 Christmas Eve heist of 140 Mayan objects from the Museo Nacional de Antropología in Mexico City. The crime is carried out by deadbeat sons of doctors—their even-more deadbeat veterinarian sons.

Juan and Wilson spend their days in their hometown of Satélite irreverent of their families, with real life always tantalizingly a la izquierda. Played by Gael García Bernal and Leonardo Ortizgris (collaborators on Ruizpalacios’ 2014 feature, Güeros), the pair look to escape the confines of Satélite’s upper-class suburbs through stealing artifacts from the Museo Nacional. The reasons driving them are just as unclear at the end of the film as they are at the start. Everything from the small oppressions of life in quiet Satélite—being forced to dress up as Santa, having nothing to do but drive in circles—to the large violences of an Aztec Tlaloc figure’s removal from an indigenous community seem to motivate the theft.

Museo is a love letter to Mexico’s indigenous heritage, written through the coming-of-age carelessness of these two young men. The pair of not-quite-doctors clean out the Mayan collections at the museum, but for all their hustling and stealing in Museo, never once are Juan and Wilson truly irreverent of Mexican culture and history. A British art collector calls works “Pre-Hispanic”, and Juan corrects him: “Mesoamerican”, he demands. As Juan becomes increasingly protective of the Mayan objects he has stolen, he grows more and more disturbed by his possession of them. Though Mayan object heritage at first provides an alternative to the modern Mexican moment Juan is trapped in, the immense violence that its potential loss poses eventually dwarfs Juan and Wilson’s angst in size.

Museo is remarkable in its ability to have viewers consider issues of identity and indigeneity through art objects. Children play with the stolen Mayan artifacts on the beach, and Ruizpalacios happily features the grains of sand lodged in the gold figures. Juan wears King Pakal’s glorious green mask by the fire and his image flickers against our eyes alongside the flames. Here again are objects in the hands of the people, with their value found in their use. The beauty of Ruizpalacios’ journey across Mexico in Museo is how these jarring movements and treatments of objects somehow manage to further their value within the Museo Nacional. It’s through these unlikely and confrontational museum analogs that refuse traditional appreciation of museum artifacts that we realize what the space is able to provide. The objects shine in every space they occupy, from seedy clubs in Acapulco to the Mayan site of Palenque, but there is a unique possibility for them in the Museo Nacional that persists.

At the film’s end, we return to the museum with interest in the stories behind its objects and an awareness of the very real possibility of their absence in Mexico’s national history. The care that Ruizpalacios takes in presenting the heritage of the nation’s indigenous cultures is apparent even when Juan and Wilson are too caught in the frenzy of fugitive life to voice it directly. It is this warmth that Ruizpalacios feels towards the stolen objects that ultimately allows Museo to sing at every level. Whether we’re in the museum for Pakal’s mask or for the spectacle it leaves when it’s gone, Museo makes sure that we’re in the museum, transfixed.

Tara Dorje is a junior studying Art History at the University of Michigan. Originally from Ann Arbor, Michigan, Tara is currently interning at The Metropolitan Museum of Art and MoMA PS1 in New York City. She is passionate about studying visual culture and wearing ugly band t-shirts.