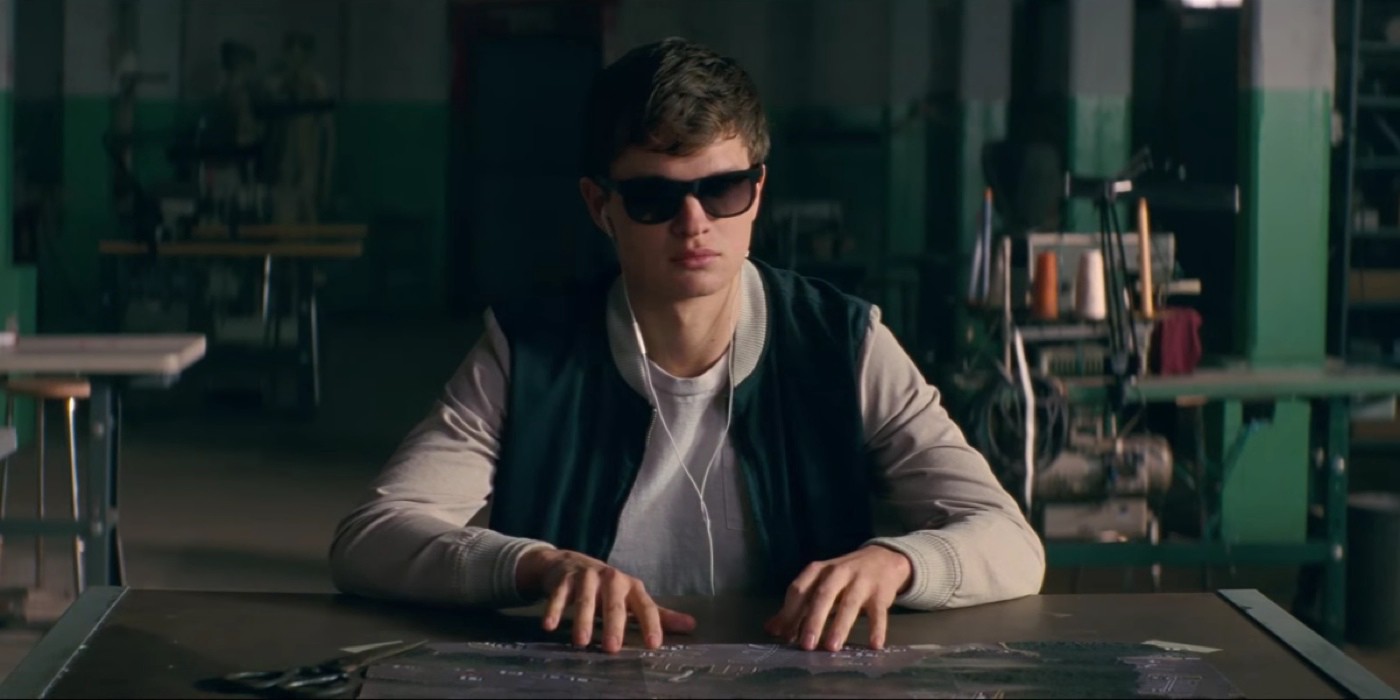 The other day I was sitting on a bus, staring forlornly at the passing sidewalk when my Pandora radio station shuffled to Hall & Oates’ “You Make My Dream Come True.” As Daryl Hall began to belt out an uppity tune, I proceeded to construct an entire plot to the bangin’ tunes. While I know I’m alone in doing this, British director Edgar Wright has gone above and beyond your usual daydream and captured this favored pastime in writing and directing his 2017 film Baby Driver.

After a childhood car crash leaves him with a ringing in his ear, professional yet reluctant getaway driver Baby (Ansel Elgort) uses music to drown out his tinnitus and uses that same music to fulfill his job title. As he tries to leave the crime world behind (and falls in love in the process), he is entangled in a scheme—and his dreams of going clean crumble away. Even the premise of Baby Driver alone lends itself to the directorial style that Wright brings to the table.

With punchy editing, jazzy color palette, and most importantly, perfectly timed use of music, each piece of action aims to and succeeds in keeping your eyes on the road. While Wright’s slick and, for the most part, practically shot chase sequences glue you to your seat, every other aspect of this movie makes you want to fasten your seatbelt. Yet, instead of bare-bones action, each chase scene advances the story or provides a gold mine of character moments. Moments that endear the audience to our protagonists and thus, makes us care when they are in danger.

From the beginning of the film, Wright not only establishes his intended tone, but also endears our Baby-faced (see what I did there?) protagonist to the audience. The film opens to a bank heist choreographed to the tune of “Bellbottoms” by The Jon Spencer Blues Explosion, but takes a minute beforehand to join Baby as he lip syncs to the song’s prelude.

The near perfect alignment between heist and score may be due to the fact that this six-minute intro scene was inspired by a 22 year-old daydream from Wright himself, who envisioned a cool car chase scene when listening to “Bellbottoms” years ago. The trick for him, was to write a whole movie to justify that opening chase sequence and justify it, he did.

With comedies such as Hot Fuzz and Captain Fantastic under his filmography belt, Wright strikes a different tone with Baby Driver. While jokes are scattered throughout the movie, the tongue-in-cheek attitude in his previous films is gone in this crime movie genre dive. Baby Driver intends on taking itself seriously and asks that viewers do the same. That being said, this does not undercut the fun that Wright puts into the movie. Every scene has a momentum to it, being led on by both the accompanying song as well as the fast-paced dialogue and pristine acting from the star-studded cast that includes Jamie Foxx, Jon Hamm, Jon Bernthal, and Kevin Spacey.

However, the fun attitude that the film embodies serves to heighten the dramatic moments—and the movie takes full advantage of this juxtaposition. The movie hits the breaks to lean into the mounting suspense as Baby begins to lose the innocence that once made him so endearing to the audience.

While the movie never feels particularly stuck, accelerating and swerving at just the right intervals, the story itself isn’t something new or profound, though it isn’t trying to be. However, solely looking at the dialogue for the story would be doing this movie a huge disservice, especially since Baby isn’t a particularly talkative protagonist.

The popping of color splattered all around the movie aren’t just there for show, they also play an important role in character development, specifically for Baby. This comes across in every meticulous detail of the movie down to the costume design, overseen by Courtney Hoffman who also designed the costumes for The Hateful Eight the equally colorful movie Captain Fantastic. As Baby gets his hands dirty and falls deeper into a life of crime that he swore to leave, he exchanges his previously white t-shirt for a gray shirt, an obvious cue for loss of innocence. Even side characters such as Bats (Jamie Foxx) who plays your typical crazy guy (hence the name Bats—Wright really hits it on the nose) adorns the color red to show his knack for violence and propensity for rage.

That being said, the only area of the film that becomes problematic are how the female characters in this movie, Deborah (Lily James) and Darling (Eiza Gonzáles), are written. The two females are very much extensions of their male counterparts, Baby and Buddy respectively. Aside from these two females who don’t exist much outside of their love interests, Darling more so than Deborah, Baby Driver is a very macho movie.

Baby Driver is a movie of subtleties. Every time you watch it, you realize something new, whether it’s about the color schemes, synchronized screen, or score choreography. Not only is it fun, it also serves as a learning experience for anyone interested in telling stories through means beyond dialogue. If you’re interested in learning how to drive, however, maybe stay away from this movie.