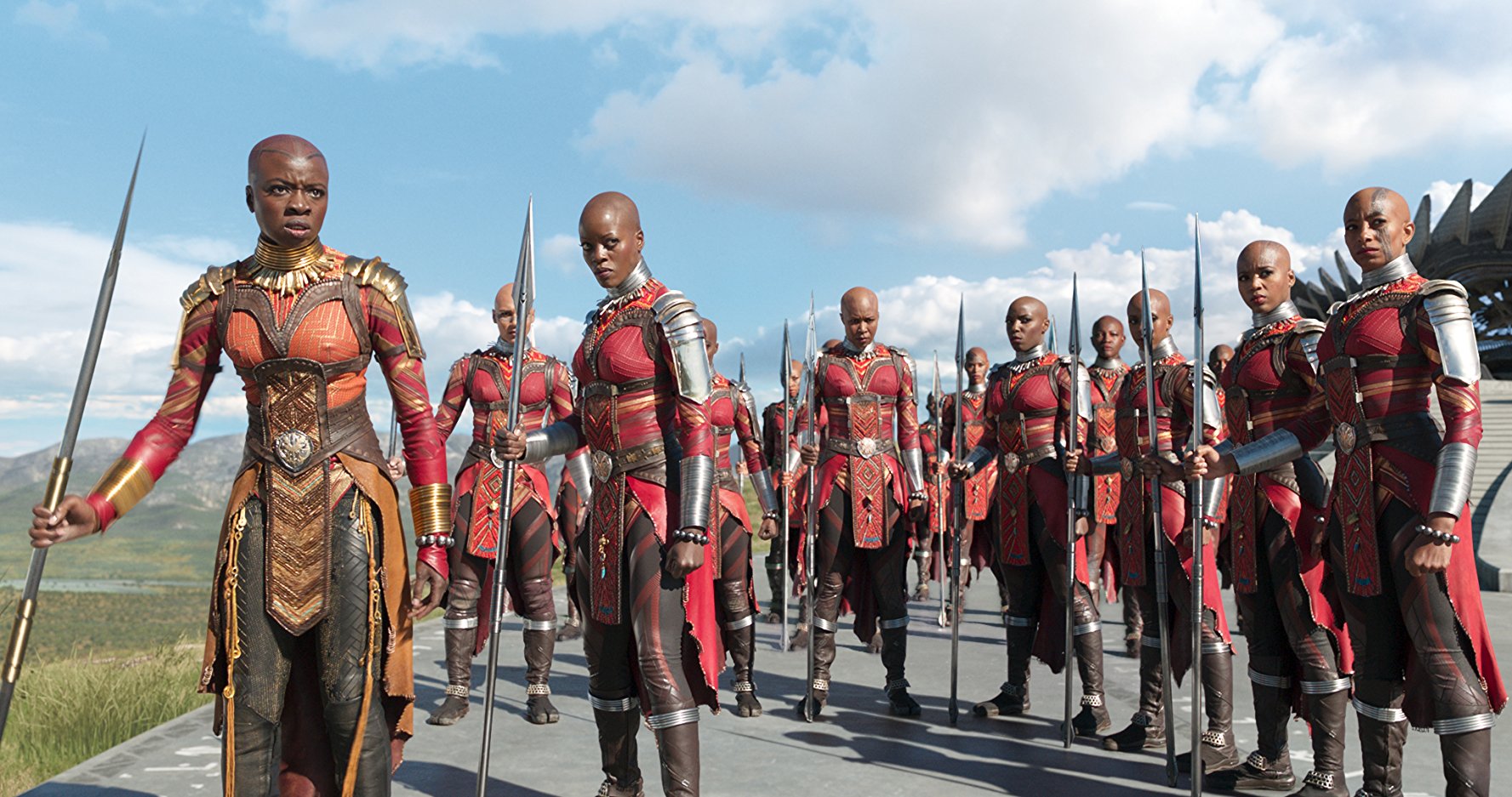 It runs deeper than lore and setting

The first superhero movie I remember seeing in theaters was Sam Raimi’s Spiderman 2 (2004), when I was 8 years old. As I’m a fan of comics and great cinema, the film holds a special place in my heart. The storytelling was dark, the actions held weight, and we were presented with a villain for whom you felt genuine sympathy. Fast-forward four years, and Marvel Studios launches their line of movies with Iron Man in May of 2008. The movie began the trend of having “post-credits” scenes that give a teaser of what’s to come, and I was close to exploding with excitement when I saw Nick Fury ask Tony Stark about the “Avengers Initiative”. I grew up with comic books and animated cartoons focusing on Marvel and DC properties. They were a fantastical escape into a realm that felt extraordinary, yet sufficiently grounded so that I could believe these heroes would exist in our world. Yet, it wasn’t until the 2018 release of Marvel’s Black Panther that I realized that a key piece was missing from those childhood experiences: empowerment.

Growing up, my favorite heroes were Spider-Man, Superman, Batman, and Iron Man. Admittedly, none of them shared my skin color, but this didn’t bother me much at all. They were fictional. However, that was the mindset forced upon me within our society, that the default color is “white” and that it was normal that the only black superhero I knew was Cyborg from Cartoon Network’s Teen Titans animated series. Even then, he was reduced to a supporting side character. Each of my favorite heroes getting their respective movies excited me by default, yet none of them made me feel the same way that Black Panther did. I had read about the excited reactions so many black children in low-income communities had to the film, but I didn’t think it would affect me, a 22-year old, in the same way. In my eyes, Black Panther was just another cog in the Marvel Cinematic Universe story that happened to have a black hero. I’ve never been so thrilled to be wrong.

T’Challa—Black Panther himself—is not the first black protagonist to grace the big screen. However, this movie has gained immense hype and success. Why this story in particular? Why this character? For one, it was tremendously refreshing to see a predominantly black film that didn’t involve gangs, drugs, baby momma drama, poverty, slavery, infidelity, southern roots, struggles of single parenthood… did I check every stereotype box? Black Panther uses its African culture to show a more poignant image of black people, one of royalty and power. Every scene that unfolded was exciting because of these aspects. I remember feeling an instant rush of goosebumps when Wakanda was first revealed behind the barrier used to hide the city from the world. It felt like a safe haven; an entire society that looked intelligently-constructed, successful, and self-sufficient. Most movies involving black characters reduce them to plot devices, the token comedic relief, or the person constantly relying on the white protagonist. It was a welcome change of pace to see the script flipped and see people like me have layers to them.

As a comic book movie and a piece of the Marvel franchise, Black Panther easily ranks within my top three films, joining Captain America: Winter Soldier and Guardians of the Galaxy. Black Panther also introduces one of Marvel’s best villains yet: Killmonger, brought to life by Michael B. Jordan, opposes Wakanda’s new king T’Challa, portrayed by the excellent Chadwick Boseman. The film’s marketing and the story will present Killmonger as the villain and T’Challa as our hero. However, Killmonger and T’Challa are simply two sides of the same coin. They both want unity amongst their people; they only differ in how they seek to achieve it. T’Challa and his royal ancestry have kept Wakanda in hiding since its conception, focusing on making it become the most technologically advanced society on Earth. On the other hand, Erik “Killmonger” Stevens is a boy from Oakland, CA who wants to share Wakanda’s technology with oppressed populations to start a new order.

Black Panther presented me with a dilemma that I’ve never before encountered while watching a previous Marvel Cinematic Universe film: I didn’t know who to root for. While T’Challa is widely perceived as the hero of the story (and Killmonger’s plan would ultimately hurt more than help), Killmonger’s motivations stem from a hard truth. Black people and other minorities have faced systems of oppression throughout history, and those same systems still prevent them from advancing in society without having to jump through numerous hoops and hurdles that the privileged can simply pass by. After having witnessed his own people constantly belittled and torn down, Killmonger felt betrayed that people that looked like him kept themselves hidden and refused to help the outside world. Can you blame him for his anger on behalf of his people? We’re presented with two extreme variations of methods to self-sustain, and the film concludes with a combination of both. For once, we see a hero actually evolve as a result of the villain’s actions, making for an ending that’s even more powerful, with huge social implications.

So, why does Black Panther make an average guy like me feel like a superhero? It runs deeper than lore and setting. Let’s look at other superhero stories and origins. Superman is about an alien who, after being sent away from his dying planet, crash-lands in a farm in Kansas, where a farm couple takes him in and raises him. Spiderman is a teenage boy who gains new abilities (in addition to his high intelligence) after being bitten by a radioactive spider and becomes New York City’s underground protector. Batman witnesses his parents being killed in front of him as a young boy. Using his immense family fortune, he grows up to become the image of fear and inspiration in Gotham City. These stories and worlds excite me, but I never felt like I could be these superheroes because I didn’t look like them. I never related to any of their struggles, and their personal issues came from a culture I wasn’t too familiar with. I could watch from afar as an audience member, but never feel entirely engrossed or invested. Black Panther not only has a hero that looks like me, but also brings up issues in his world that I know all too well. How can black people help one another without tearing each other down? What happens when peaceful protests and intervention aren’t enough to gain basic human respect? These are questions I, my parents, and especially my grandparents, have always had to ponder.

I now relate to the kid who wears his Superman shirt proudly, or the kid who pretends to be able to climb walls and shoot webs from his wrist. Beyond their childlike innocence and wonder, these kids understood their character struggles to some degree, and Black Panther finally instilled that in me. I’m not a gangbanger or a slave because I’m black. Now, there’s a superhero who looks and wants the same things as me, and he happens to be a badass to boot. Wakanda Forever.

Michael graduated from UNC — School of the Arts with his MFA in Screenwriting. Before that, Michael obtained a bachelor’s in Psychology, which he feels helps him better understand the characters in his writing, as well as elements that an audience member may find captivating and emotional. He believes film criticism is essential for helping aspiring and prominent filmmakers improve their craft, and takes inspiration for reviewing from viral YouTube reviewers Chris Stuckman and Jeremy Jahns. Michael recently moved to Los Angeles to get a jump start on his career and hopes to make it into film or TV animation writing. His current favorite films are The Incredibles, Ready or Not, and Do the Right Thing.