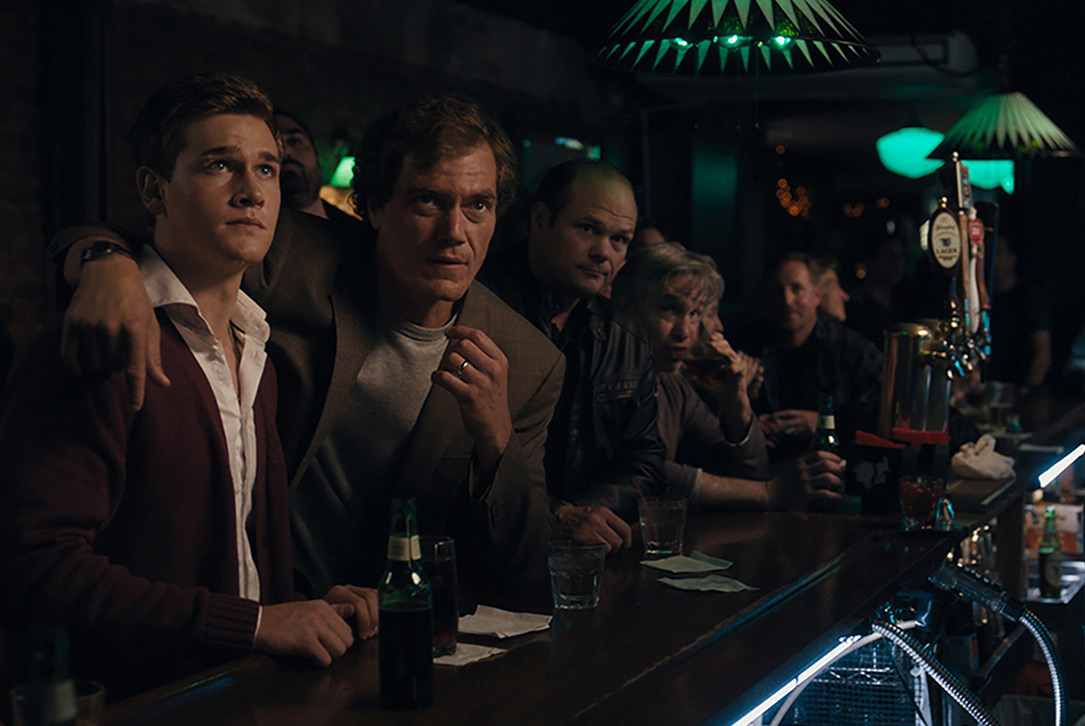 In Bart Freundlich’s latest feature, every sports movie trope is stuffed into a single screenplay. Regardless of the unprecedented number of conflicts and storylines, Wolves is unable to separate itself from the realm of sports dramas and remains predictable through its final moments.

Wolves tells the story of Anthony Keller (Taylor John Smith), a star basketball player for the St. Anthony’s Wolves—a private high school in New York City. In addition to Anthony’s stardom, he is also blessed with a beautiful girlfriend (Zazie Beetz), strong college prospects, and a supportive mother (Carla Gugino). Unfortunately, as the Wolves set their sights on a deep run through the playoffs, Anthony’s world begins to fall apart. It starts when Anthony is called into an administrator’s office to discuss a missed tuition check and continues when the gambling problems of his father (Michael Shannon) surface. As his troubles continue to mount, Anthony begins to struggle on the court. With all of Anthony’s personal relationships in disarray, his aspirations for the future became uncertain.

Freundlich’s film is technically sound and provides entertainment through drama, but falls short through its story. With so many unnecessary plot lines, the main ideas of the film become muddled. At its core, Wolves is about a teenager who is forced to deal with conflict for the first time in his life. However, the addition of sports drama clichés—an abusive father, a pregnant girlfriend, an unlikely mentor—obstruct the film’s originality. Together, these elements form a predictable narrative and a passive viewing experience. The film’s nonsensical circumstances also impede the audience’s ability to sympathize with its characters.

In addition to the overcomplicated narrative, Wolves is also hindered by uninspired performances from the actors. Taylor John Smith (American Crime) adequately portrays a high school teenager when the story remains calm, but when his character is presented with conflict, Smith over exaggerates the emotion of the scene. It’s clear that Smith is able to attack a variety of scenarios, but the melodramatic nature of the story highlights the lack of nuance in his performance. As Anthony’s father, Michael Shannon (Nocturnal Animals) is the most seasoned and recognizable member of the cast, but even he is unable to enhance the film. Instead, Shannon accepts the role of the one-dimensional antagonist and fails to explore any new ground. Finally, Carla Gugino (Roadies) fails to deliver a believable performance as Anthony’s mother. This film hinges on the dynamic between the family members, but Gugino’s inability to portray a mother ruins any sense of family in this story.

Nevertheless, there are elements of Wolves that represent strong filmmaking. The cinematography effectively captures the choreographed basketball sequences, while the use of hip-hop music establishes a beat and rhythm for the edit of the film. With a subject matter such as basketball at the foreground, these features are essential to portray the culture of the sport.

The diversity of the cast and use of local sets should be noted as well. Throughout the cast, there are a variety of races represented in speaking roles—a rare occurrence in entertainment media. In one particular scene, there are three interracial pairings of high school students seated together at a park. The assembly of such a cast directly impacts the atmosphere of the film, as does the use of local parks, high school gymnasiums, and outdoor basketball courts—the West Fourth Street Courts in particular. These decisions ensure the film is authentic and breathe life into the story.

Freundlich’s film ultimately provides entertainment but lacks depth. This leads to an unfortunate waste of a talented cast and crew due to an overcomplicated story. At best, Wolves is a film to view in the comfort of one’s own home, but only if it is free of charge.