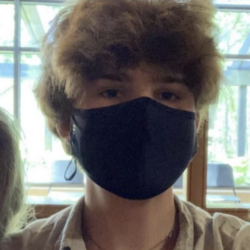 Owain Collins is currently a sophomore attending Interlochen Arts Academy for Film & New Media. Originally from Wisconsin, he spends most of his time watching and reviewing films as well as taking bike rides and drinking coffee. He is very invested in screenwriting and directing, hoping to have accomplished work in the future.

Titane: Automotive Sex, Trauma, & What it Means to Be Human