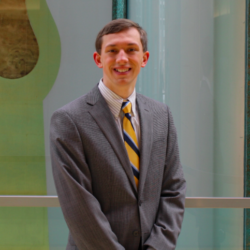 At the age of four, I asked my parents to help me learn to read the newspaper after I noticed Roger Ebert’s review of the first film I had seen. From the age of six onwards, my father raised me on war films and the documentaries of Ken Burns and the History Channel. At the age of 13, I began to secretly stay up late to watch the foreign films and silent cinema that did not air on television during the day. And at the age of 19, I managed to get onto a film set for the first time in my life. Now, at the age of 21, I have participated in creating over 20 short films, seen over 1,300 movies, and written nearly 300 film reviews. I am currently a student at the University of Michigan, earning a Bachelor of Arts in Film and a Bachelor of Business Administration.

Everyone’s a Critic… And That Is Good for You

Pixar Gets its Soul Back in Stellar New Film