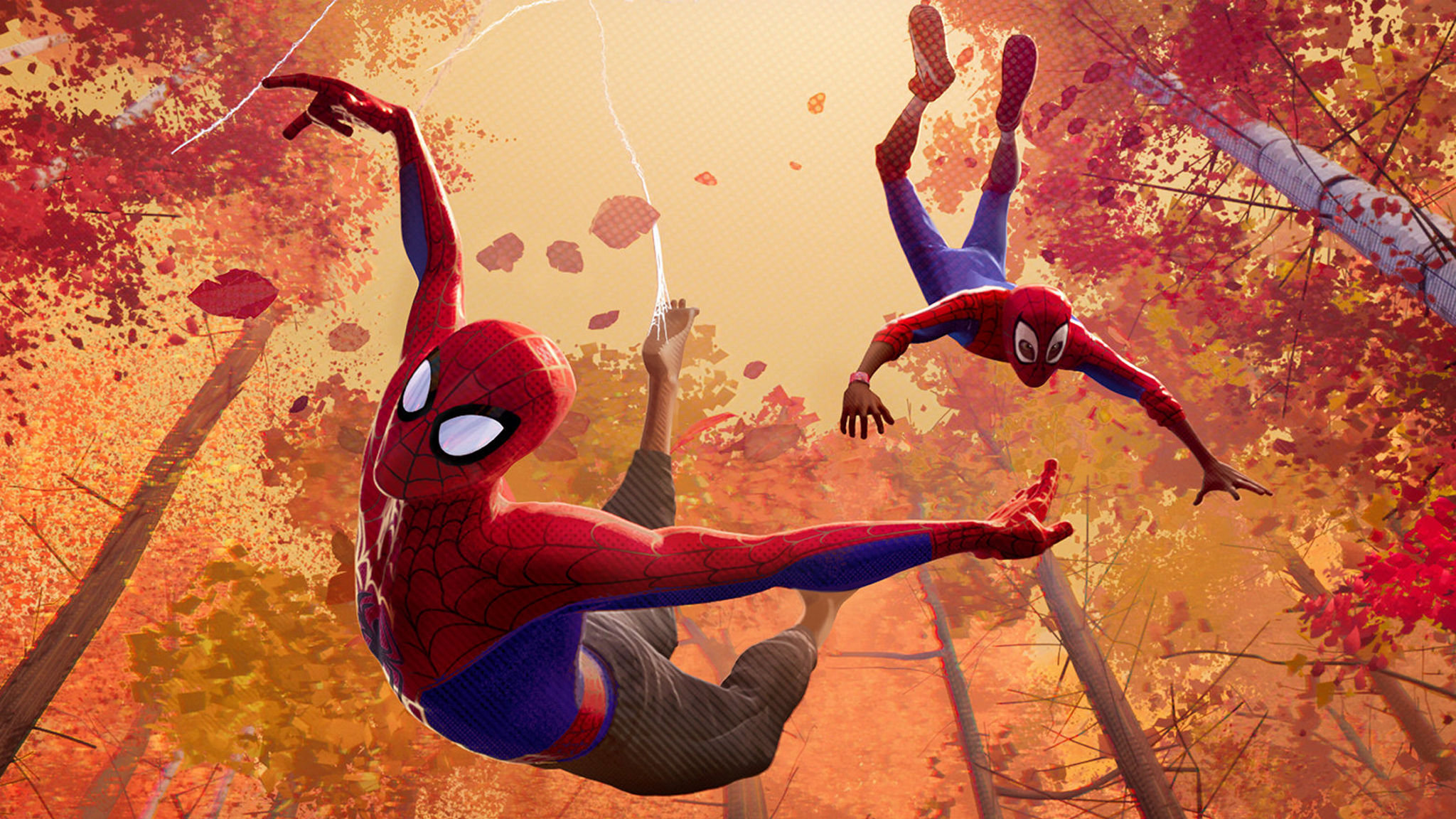 By Sofia VargasFebruary 6, 2022No Comments

One of the most popular superheroes in the Marvel Cinematic Universe succeeds at spinning us into their web with Spider-Man: Into the Spider-Verse. Miles Morales, an average high schooler, experiences a new world within his own universe when bitten by a radioactive spider. Kingpin, the antagonist of the film, uses his money to work with evil scientists and create a machine that tears apart different parallel universes in order to bring his family back. Portals appear in the different universes and pull different Spider-People into Miles’ world. The Spider-People work together to defeat Kingpin, restore the tears in the universes, and return home.

Director Sam Raimi displayed vigorous and bold colors throughout the entirety of the film. The strong colors help the audience engage with the type of world Miles lives in. The city shows a lot of darkness as a background, enhancing the bright colors and making them overwhelmingly bright. I came to the belief that the bright, almost-neon colors presented represent Miles and the radioactive spider that bit him, since colors like neon green, pink, red and blue recur throughout the film. One example of this is the neon green and red glitching that first occurs when Miles retraces his steps to figure out how he got his powers: he pokes the spider, causing the spider to malfunction in green and blue hues. Throughout the film, the colors serve to remind us of the disruption of Miles’ universe and the urgency for the Spider-People to return to their own universes.

The film has a comic book aesthetic that it uses to represent Miles’ world. I could tell that the different Spider-People didn’t belong in Miles’ universe because they were animated in styles that were individually unique to each Spider-Person ranging from a Looney Toons-inspired cartoon to anime manga. Throughout the film, the animators used lighting to hint at classic comic book textures, such as dots in the background for shading and long vertical landscapes. The animators also displayed comic book captions to illustrate Miles’ internal dialogue as well as loud sounds such as “BOOM.”

Aspects of cinematic sound also strengthened the emotional tone of the overall film. Sound editors Geoff Rubay and Curt Schulkey discussed their focus on fantastical realism while working on Spider-Man: Into the Spider-Verse in an interview. “The portals that allow spider-people to move between dimensions are another example. Again, there was no real-world event to link to. We saw the visuals and assumed it should be a pretty big deal, real ‘force of nature’ stuff,” said Schulkey. Schulkey and Rubay used the magical realistic sound to dive deeper into the unique sonic distinctions between each Spider-Person. Schulkey continued, “We took the opportunity to exploit the fact that some characters are from different universes in making their sound signatures different from one another. Spider-Ham is from a cartoon universe, so many of the sounds he makes are cartoon sounds. Sniffles, punches, swishes and other movements have a cartoon sensibility. Peni Parker, the anime character, is in a different sync than the rest of the cast, and her voice is somewhat more dynamic.”

While I’m not totally obsessed with the Marvel Cinematic Universe myself, I enjoyed this film because of its engaging vibrant color palette and sound design. I was also able to comprehend the story without previous information of the Spider Man franchise. With its engaging qualities of story, animation, color, and sound, Spider-Man: Into the Spider-Verse is a perfect film for all ages.

Hi, I’m Sofia Vargas. I’m a first year junior studying film at Interlochen Arts Academy. My interest in filmmaking started during quarantine. I aspire to be a filmmaker as a career and analyze films for inspiration. I absolutely love telling a story through the screen. While most of my time is spent creating films, I also enjoy acting, spending time with my friends, and writing.