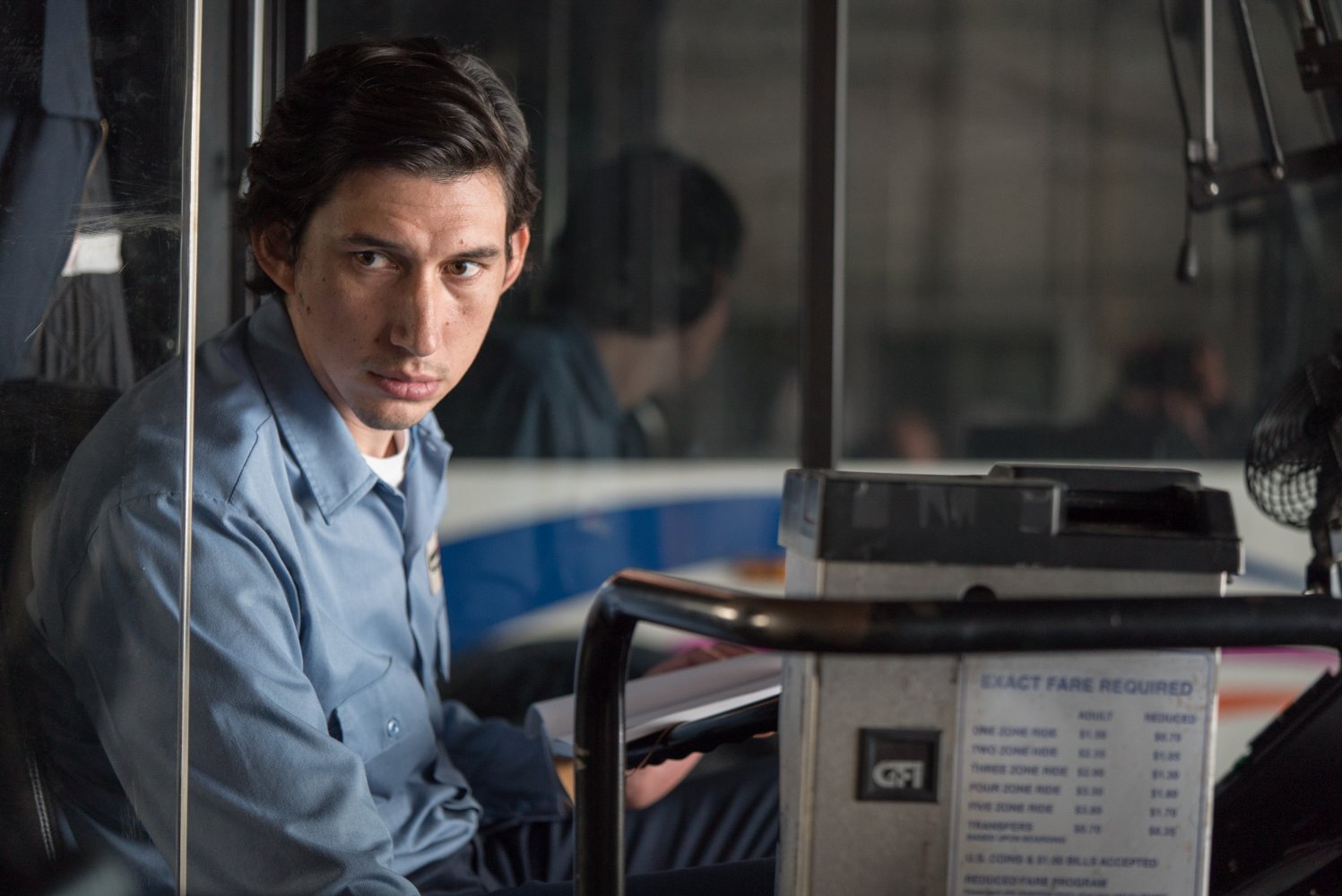 The Intimacy of Everyday Life

There is poetry in going through life on a routine, seeing the same people every day, and performing the same tasks with only the smallest of differences. Perhaps this is an idea most people ignore as they attempt to find a way to “seize the day”, or make each day an unforgettable one. But Jim Jarmusch uses the poetry of a bus driver from Paterson, New Jersey as a doorway to another life: one filled with ordinary, everyday people. This was the first time I have ever seen a film by Jim Jarmusch, so I didn’t know what to expect—but isn’t this the best way to watch a small, personal film like Paterson? To set aside any kind of expectations of style, character, or story and simply absorb the film as it is? From the second it begins, Paterson asks for patience from the audience. I sensed a promise from the filmmaker that watching Paterson would not be your average moviegoing experience, but that the payoff at the end would be that more extraordinary.

Jim Jarmusch’s Paterson revolves around a week in the life of a bus driver named Paterson (Adam Driver) in the city of Paterson, New Jersey. Paterson is an avid reader and writer of poetry—his favorite poet is William Carlos Williams, who wrote a book-length poem about the city of Paterson. One could tell that Jarmusch put a lot of care into his protagonist; the playful nuances of Paterson’s character are what make him so interesting to watch onscreen. Paterson is very aware of everything around him. He is observant, a quality that one does not often see in mainstream films that are rife with dynamic characters who take actions with lasting consequences. Paterson, therefore, presents a departure from the norm. He listens to the people on the bus, even when they are being foul or controversial. He listens to the constant ramblings of his wife, who talks about her dreams of being a country star and then suddenly brings up the cupcakes she will be selling at the flea market. He eats the weird dinners his wife puts together, constantly reassuring her that he loves the food while quickly drinking water to wash it down. He does not get upset when, after the many times he tried to fix it, his mailbox becomes tilted again. There are expectations the audience may impose upon Paterson as a protagonist, but the fact that he does not meet those expectations is why he appeals to the audience, and why the film does not feel like a waste when it ends.

Adam Driver’s wonderful performance holds the whole film together. He plays the role of Paterson with delicate intimacy and curious restraint. Driver was the perfect casting choice for this film because he does not have a movie star reputation that precedes him as other actors do, with huge fan bases and uncommonly good looks. Furthermore, with his previous films Frances Ha and While We’re Young, he has demonstrated that he has the acting chops to become immersed in the smaller, more personal atmosphere of Paterson . Paterson is a person who simply takes in the world as much as possible. He goes to the bar at night to sit as the people around him go about their lives. He listens to his co-workers’ complaints about family and work and whatever else is relevant that day. Even more extraordinarily, Paterson meets a young poet, and instead of trying to assert his superiority over the little girl, he merely listens to her and appreciates her poem. Only Driver’s charming smile and wide laugh would make a film centered around these subtle interactions interesting.

Watching Jarmusch’s Paterson was like taking a breath of fresh air. It felt relaxing and satisfying. I was confused as to why it was so satisfying at first, but then I realized: as viewers we are given so much content to consume. Week after week, films and television episodes that bring a large amount of tension, drama, and suspense are released. Even smaller films bring a load of crises, the kind that make you question your identity and place in the world. ButPaterson is not like that. It does not set up some major climatic ending where Paterson realizes he must go after his dream of being a poet and overcome his low self-esteem. It does not promise a new outlook on life where one feels like a changed person when one walks out of the theater. Watching Paterson is like spending time on a park bench and watching life go by. It may not sound like much, but it stands out as one of the most unique films in recent memory.