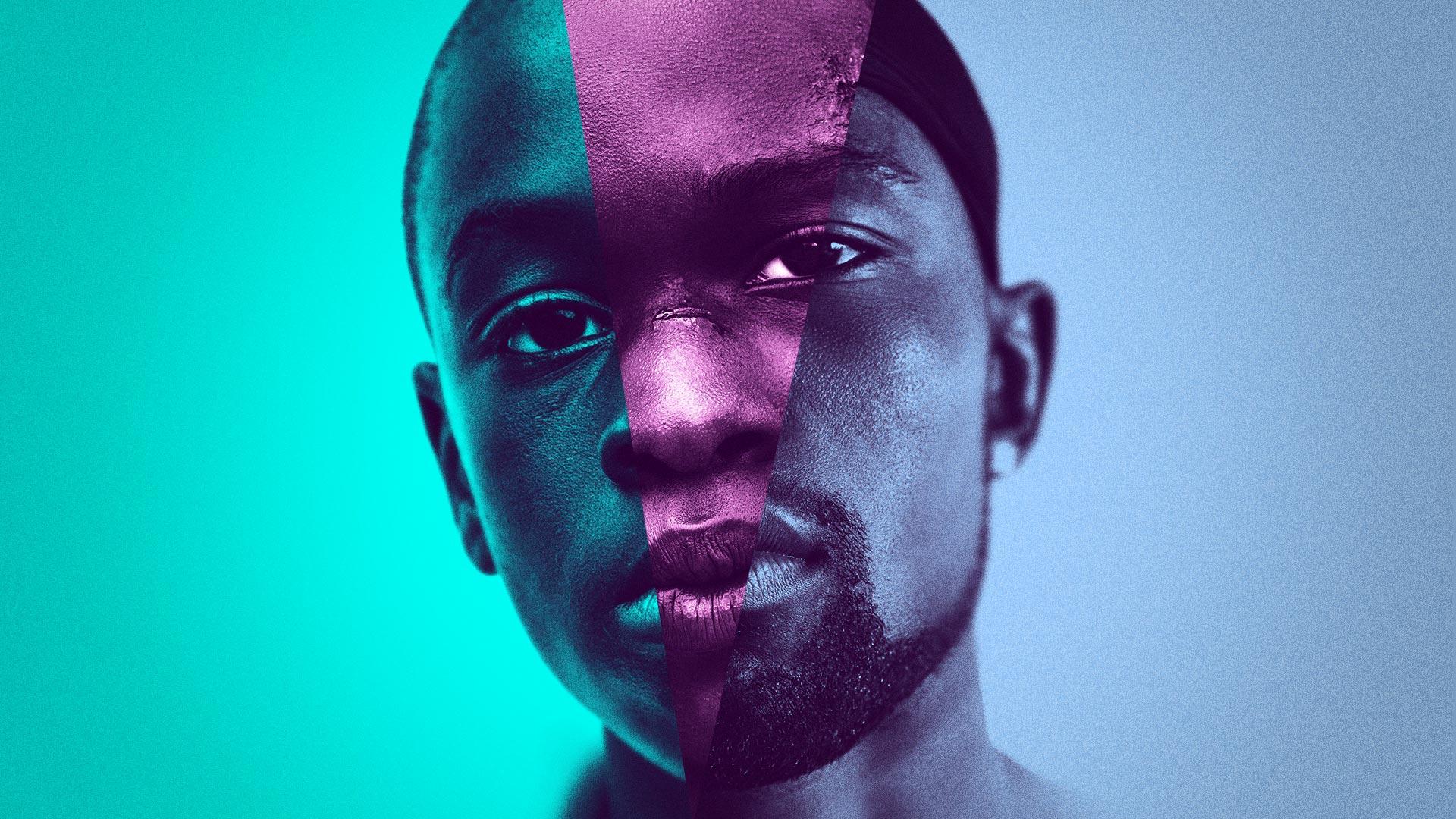 To analyze Barry Jenkins’s Moonlight is to take into account virtually all aspects of visual storytelling through film. There is information in the details, both major and minor, from camera movement, framing, soundtrack, score, performances, lighting, narrative structure, and so on. Not only does Moonlight make use of the techniques, but it makes you notice them. It makes you cherish them, and it uses them to awaken the part of you that yearns to feel a part of something. It makes you weep for the protagonist, smile when he feels safe, and scared when he is hurt. Moonlight uses all that it can to tell a story: a story that needs to be told about America, about Black America, and about ourselves.

Barry Jenkins’s Moonlight tells the story of a boy at three different stages of life, each distinguished by age and nickname: Little as a child, Chiron as a teenager, and Black as a grown man. This structure allows for the story to be told in basically three separate short films that maintain a cohesive theme throughout Moonlight’s runtime. The three act structure is important to this film because its story and main character allow the structure to mirror reality and the idea that our lives exist in stages. It claims that our lives are marked by these life changing moments just as they happened to Chiron in Moonlight. Additionally, important events occur in the transition from act to act such as the death of Mahershala Ali’s character and Chiron’s moving to Atlanta. The audience is forced to play ‘catch up,’ which creates a sense of dread for the character. We feel as if we couldn’t help the bad things that happened to him; we couldn’t be there to comfort him. It is a heartbreaking feeling that builds up throughout the film.

With the exception of John Singleton’s Boyz n the Hood and other international films such as City of God, films that center around a marginalized minority do not usually get an artistic treatment. In fact, the audience might forget at times that Moonlight takes place in the ghettos of Miami and centers around drug deals, users, and black children. But Jenkins succeeds in breaking many stereotypes that are associated with the portrayal of urban and impoverished street life. He achieves this in multiple ways, including the cinematography. James Laxton, the cinematographer of Moonlight, establishes a level of intimacy by finding a unifying characteristic in every shot so that the audience cares more about Chiron. The prime example here would be towards the first act of the film when Chiron is playing football with his friends. A stereotypical director would show the impulsiveness of the kids and portray them as kids stuck in a helpless situation. Instead, the viewer sees the playfulness and innocence that goes with being a kid, no matter where you live. The music during this scene is also significant because instead of rap music that a typical director would play, opera music instead accompanies the children. It is almost as if this moment exists independently from the film itself: a short film of innocence and youth to remind the audience of what being a kid feels like.

The effectiveness of the cinematography does not end with the close ups of the aforementioned scene. It is also seen in the movement of the camera and framing. As soon as the film starts, the eagerness of the camera can be seen. From the moment Juan gets outs of his car and crosses the street to talk to his employee and the camera follows and pans accordingly, the kinetic energy of the film is set. This energy is also present towards the middle of Moonlight when Chiron’s bully prepares for a fight and the camera follows him around the school’s courtyard a full 360 degrees. That tension lingers throughout the shot, and Jenkins is careful to refrain from cutting in order to not interrupt the anxiety of the scene. The same kind of movement is seen when Chiron finally musters up the courage to deliver a vengeful blow to his bully. Also, Moonlight can almost be characterized by its tracking shots from behind its characters. The framing in Moonlight is also an important talking point because throughout the film, there are moments when the characters are shot in the middle of the frame, completely alone. Yet these specific shots always come when characters are facing each other during tense moments. For example, when Chiron’s mother confronts him as a boy, Chiron is at the center of the frame which is followed by Chiron’s mother framed in the same way. This is also seen with Chiron in high school with his closest friend both as his friend is punching him and when he reunites with that friend as an adult. This technique adds to the isolation of Chiron. It highlights the idea that he is so close with the ones that are supposed to stand by him, but tragically separate from them as the same time. This is important because Chiron’s solitude is his defining characteristic. It is the thing that makes him so quiet and tortured as he grows, that makes him reluctant to accept who he is.

All of these techniques alone would only amount to a great looking film. But paired with the wonderful performances by the entire cast, Moonlight becomes a masterpiece. The supporting cast, made up by Janelle Monáe, André Holland, and Naomie Harris, fills the film with substance on both sides of the spectrum that make the story feel grounded and intimate. However, there are two characters that stand out. Mahershala Ali plays a drug dealer, but he is by no means a horrible person. He makes his money, but he cares so much for Chiron. He sees the situation the boy is in. He sees how Chiron is different and how Chiron struggles to accept that fact. He tries to reach him however he can. Ali plays Juan with so many layers that the audience falls for his relationship with Chiron, assigning him as a father figure from the first time he rescues Chiron. It is Ali, or Juan, that shapes Chiron. Finally, the three actors that play Chiron at the three points of his life that Moonlight portrays unite to deliver what feels like a singular performance. The timid nature of Chiron: the way he always looks down with his head bowed, the way he laughs out of nervousness. He knows that he is different, and he feels like he is not worthy to look others in the eye. The reluctance of Chiron across all three ages makes it so that when he finally smiles or laughs, it is magnetic. The audience cannot help but laugh with him, reveling in his happiness.

It is important to note that Moonlight deals with the important social issue of homophobia in the African American community. In a culture where men are told to act hard and strong, Chiron defies these expectations. Meanwhile, the bullies who brag about being with girls and wear extravagant gear pick on him from being different. They sense the difference in Chiron, a difference that Chiron wears almost like a robe that follows him. It is society’s hatred of homosexuality and being different that prevents Chiron from being who he is and that keeps him from love. Chiron, through his quietness and isolation, longs for love. The viewer can see this through Chiron’s stares at Juan or Kevin (his childhood friend and crush). He wants to be fulfilled, to feel the connection that all humans yearn for at one time or another. But it is the inherent spite that others have for people like Chiron that make his journey difficult. Chiron is just trying to exist, and instead of growing as he should, he continues to be molded by the forces around him: his mother, his bullies. However, with the love of Juan and from one phone call from Kevin as an adult, he smiles. He cries. He laughs. The hatred he felt all his life melts away. And it’s beautiful to watch.